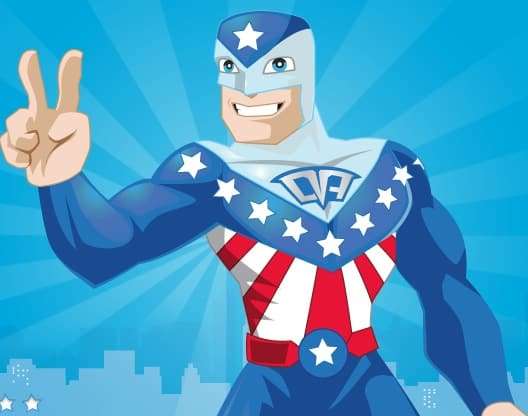 Most followers in Steve’s community are well aware that the debt settlement industry has taken its share of blows since the 2010 FTC Ruling. Unfortunately, many of the most ethical firms have born the brunt of that burden, putting increasing pressure on their finances. As competition continues to rise, legal models still claiming the attorney loophole, and state regulators remaining vigilant, it makes one wonder if an end is in sight.

Initially, it was the consumer who took the biggest issue with the foul-playing actors of the debt settlement industry who collected exorbitant upfront fees in return for the empty promise of debt freedom. Shortly thereafter, the media caught on with its overzealous criticisms of even the most reputable of industry participants. Riding on the coattails of the media frenzy, state Attorney Generals had found the next industry to cleanse – debt settlement. But unfortunately, it wasn’t just the unscrupulous players they were after – it was everyone – and this would attempt to threaten what years of many honest companies were trying to do, offer a legitimate service for a reasonable fee while helping consumers. Inevitably, the high level of state activity would catch the eye of the greatest regulator of them all, the Federal Trade Commission forcing it to draft some very hard-hitting reform. This reform was primarily created to protect consumers while at the same time, purging the industry once and for all of the debt settlement providers and affiliates that had created the stir to begin with. And did they succeed? Somewhat yes, but there was bound to be repercussions, and unfortunately many honest firms had to pay that price.

Emerging from the extreme changes the 2010 FTC ruling brought were the crafty attorneys – very adept at finding loopholes – claiming exemption from the new rule which expressly forbade charging upfront fees to consumers. It seemed, at least temporarily, that while honest firms chose to follow the new ruling, other Attorney-based business models could continue things they way they always had been, further wounding the very compliant industry participants. While the established non-attorney firms had no choice but to service their clients without collecting fees in many cases for months after much work had been done, dozens upon dozens of so-called “attorney-models” took advantage of the loophole they found by charging upfront fees, unfairly, while the compliant firms could do nothing except wait for them to finally be the next target of regulators. Almost two years later, many regulators did indeed try to close the attorney-model loophole, with one target being forced to wind down operations rather than spend years in a costly legal battle.

See also  I'm Thinking of Using Debtmerica Relief. What Are the Ramifications? - Joseph

And where does the debt settlement industry stand today?

We’re in a better place, admittedly so, but there is still much work that needs to be accomplished before the industry can polish off the tarnish it accumulated over the years. While there are still some bad actors out there, there are far fewer than before, so in some ways, the FTC ruling is having a long-term effect to bring order to a formerly unregulated industry. Sound adherence to the FTC Ruling of 2010, solid business practices, customer service, and honest and fair dealing with consumers is doing a great job of recreating and rebuilding the once fractured debt settlement industry. From this ideology, those of us who provide quality education to consumers and work in the spirit of total transparency should see a reemergence of a very vibrant and consumer-friendly industry.

DebtAmerica.com was launched first and foremost with the complex needs of consumers in mind. It’s the world’s first superhero-themed financial education portal which hopes to bring greater financial literacy to millions of consumers in a way that’s fun and approachable. The entire team at Debt America is focused on building an interactive experience for consumers from all walks of life and continuously expands its syndicated library of high-quality personal finance content. Our hero, Captain Debt America is charged with the duty of protecting consumers through information with which they can defeat the site’s infamous villain, the evil Debt Blob. As with any comic, the story of our characters will evolve over time.

While this project represents the culmination of years of financial services experience for us, we are even more excited about the opportunity to become a true leader in the world of consumer advocacy and information. We want Captain Debt America to be the friend you can trust and hope consumers feel the same way. We encourage everyone out there to check out the Debt America portal at http://www.debtamerica.com and we welcome your comments and feedback on our blog. For those of you who author articles on personal finance topics and wish to contribute, you can reach us at [email protected] – we’re always looking for great people.

This guest post was submitted by Harry Langenberg and his team at Debt America to help discuss industry issues and talk about a way forward. I invite any other debt relief company who wants to be part of a better debt relief industry moving forward to do the same. – Steve