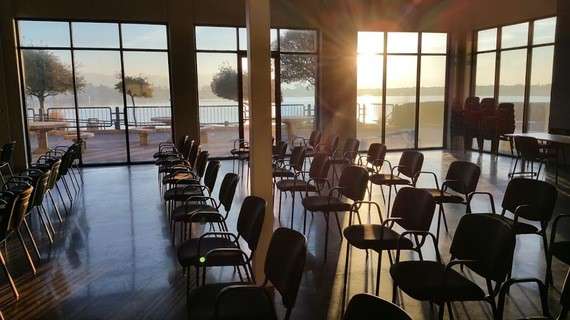 On Wednesday, 25th March, 2015, the Securities and Exchange Commission (SEC) approved the final rules to activate implementation of Regulation A+ which is Title IV of the Jumpstart our Business Startups Act, or JOBS Act. The approval of Regulation A+ is a major breakthrough in the crowdfunding industry as it allows startups and small businesses to raise a maximum of 50 million dollars through crowdfunding under this law.

After Congress enacted the JOBS Act in 2012, the process to correct Regulation A was initiated. Regulation A was a provision in the federal law that paved way for companies to fundraise a maximum of 5 million dollars through public offers but it was rarely used.

Regulation A+ is a Game Changer

The newly approved Regulation A+ fixes the provisions of Regulation A. First, by raising the maximum ceiling from 5 million to 50 million dollars and secondly, eliminating the state compliance requirement. Most importantly, the new rules set by SEC for Regulation A+ now expand the pool from which these funds can be raised, from just accredited investors, as provided by Regulation D, to the general public.

This means that startups and small businesses can now hold small Initial Public Offers not just from accredited investors, but also from the general public. This will surely be a game changer in the way businesses access capital going forward.

Scott Andersen, ConsultDA Partner (a) and General Counsel at FundAmerica says, “Participants in Reg A+ will frequently operate on an investment advisory model. Compared to the broker-dealer model, investment advisors are not regulated by FINRA and so it is generally less costly to operate. This is important because it offers an option that enables entrepreneurs to pursue business opportunities that Congress intended when it enacted the JOBS Act.”

See also  Does My Mother With Cancer Have to Pay Taxes on Her Crowd Funding Campaign?

Why Regulation A+ is Important for the Crowdfunding Industry

Approval of Regulation A+ is important for the crowdfunding industry because it does not only open new opportunities but it also addresses key industry concerns.

There were concerns in the industry that SEC would give into pressure from state securities regulators regarding the proposed rules. State securities regulators had been opposed to the proposal of lessening crowdfunding restrictions. But SEC remained firm on the proposed rules for Regulation A+, letting companies raise capital without meeting state-to-state compliance and spending exorbitant amounts in registering offerings.

The other critical crowdfunding concern that the SEC rules for Regulation A+ addressed has to do on who should invest in the public offerings. Initially, the JOBS Act set the limit for Regulation A+ offerings to only “qualified investors”. This brought in a debate that only “accredited investors”, which means individuals earning 200,000+ dollars per year, or those with a net worth of 1 million or more dollars, were allowed to invest. The new rules set and approved by SEC on Wednesday for Regulation A+ expand the definition of the “qualified investors” term to mean that anyone can invest, with amount limits.

According to Scott Purcell of FundAmerica, “Compared to 506(c), Reg A+ takes way more time to launch an offering, and far more costly in terms of legal fees, accounting costs, and annual reporting obligations. However, it enables you to sell to unaccredited investors and creates a tradable security.”

Investor protection is an important element that the newly SEC rules for Regulation A+ address comprehensively. The newly approved rules allow investors to only invest 10 percent of their additional net worth or annual income in securities. SEC also moved to implement strong measures to protect investors like ‘bad actor’ checks on companies that offer securities, as well as requiring companies offering securities to disclosure financial information as part of their offering.

See also  How Can I Raise Funds to Help Without Reporting Them as Income?

The entire version of Regulation A+ rules is available here. Prior to becoming law, these rules will be published on the Federal Register over the next 60 days. After this process is complete, the law will come to force and entrepreneurs will be able to use crowdfunding to raise up to 50 million dollars in capital through offerings.

(a) IN FULL DISCLOSURE, SCOTT ANDERSEN AND I RECENTLY FORMED AND ARE PARTNERS IN A SECURITIES COMPLIANCE CONSULTANCY FOR BROKER-DEALERS, INVESTMENT ADVISERS AND OTHER FINANCIAL INSTITUTIONS: CONSULTDA.COM.