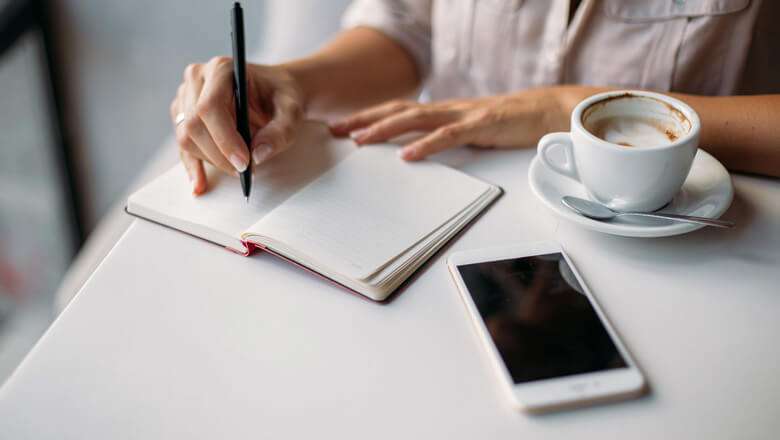 If the goal is debt reduction, paying off debts in order of the smallest amount due to the largest amount due—gaining momentum as each balance is paid off—can make sense for some people. Once the smallest debt is paid in full, apply the amount that was being paid on that to the next largest debt, and so on. The amount being paid on each of the remaining debts will increase, just like a snowball gets bigger with each layer of snow added.

It’s all about changing behavior. Getting rid of the smallest debt first can work wonders because it gives a psychological boost. Try paying down the largest debt first, and it can feel like throwing a pebble into an ocean.

The numbers on that large debt will start to decrease, for sure, but it’s probably not going to give the same feeling of getting rid of the smallest debt first. Paying that small debt first is meeting a goal, which can be empowering.

When it’s time to take on the Big One (the largest debt), there will be more freed-up cash, creating a more stable financial situation to pay it off.

A Word about Paying off High-interest Debt First

But wouldn’t it make more sense to first tackle the debt that comes with higher interest rates and large balances?

While that makes sense from a financial perspective because it means paying less interest over the life of the loans, statistics suggest a different solution. Psychologically, getting rid of the smallest debts first often provides the momentum needed to pay off debt sooner.

A study by Northwestern University’s Kellogg School of Management found that “consumers who tackle small balances first are more likely to eliminate their overall debt” than trying to pay off high-interest-rate balances first.

Even the Harvard Business Review came to the same conclusion. Their research suggests that people are more motivated to get out of debt not only by concentrating on one account but also by beginning with the smallest account.

Even if the minimum payments on a person’s credit cards are somewhat manageable, they can be a trap. It’s more than likely that paying only the minimum on the debt will mean paying on it for years to come—and paying substantially more money than the amount originally borrowed. That’s because most credit card companies make their money by charging high interest rates and compounding interest on balances not paid in full each billing cycle.

The Snowball Plan, Step By Step

Following these steps could result in shrinking a debt load, giving someone who is feeling hopeless about their debt a little room to breathe.

1. List all debts from smallest to largest. List them by the total amount owed, not the interest rates. If two debts have similar totals, place the debt with the higher interest rate first.
2. Continue to pay the minimum payment on every debt.
3. Decide how much extra can be paid toward the smallest debt (the first debt on the list).
4. Pay the minimum payment on that smallest debt, but also add in the extra amount from step three. Repeat until the debt is paid off.
5. Once that smallest debt is paid off, add the amount that was being paid on it as an extra amount to the next smallest debt on the list. Now that second debt is on its way to being paid in full.
6. Repeat the steps until all debts are paid off.

A Word About Principal Reduction

It’s a good idea to find out how lenders apply extra payments to a debt (they don’t all do it the same way) before starting this process. Some debt companies that handle mortgages, school loans, or car payments need instruction about how any extra money should be applied (to principal or interest). Credit card companies, though, typically apply the entire payment to the current billing cycle.

Perks of the Snowball Method

The psychological boost from entirely paying off one debt is the main idea behind the snowball method. Seeing the results—sometimes quickly, if the smallest debt is very small—can be a great motivator to press on and continue paying off debt. With fewer debt obligations every month, it’s likely debt will be less of an emotional burden.

Of course, the flip side is that if the smallest debts are being tackled first, high-interest debts may be accruing interest for quite a while. Ultimately, the snowball method may be the most effective psychologically, but it isn’t the most cost effective.

Alternatives to the Snowball Method

There are other ways to pay off debt. Here are just two:

Also known as the “debt-stacking” method, the avalanche method works in contrast to the snowball method. Saving money on high-interest rates is the goal. This method is not as simple as paying off the smallest debt first.

See also  If Someone Tells You to Pay Off Largest Debts First With Debt Snowball, Get a Second Opinion

The debt snowflake method involves finding extra income through a part-time job or selling items no longer needed or wanted, and sprinkling that extra cash on debt obligations every day. Those extra payments could go a long way to helping someone become debt-free.

Merging all debt owed into one unsecured personal loan could make it easier to pay down that debt each month. Taking out a personal loan to consolidate multiple high-interest credit card debts means just one payment per month, streamlining the debt repayment process.

If you’re considering this strategy, an unsecured personal loan from SoFi might be right for you. Checking your rate takes just two minutes and you may qualify for rates that will help you get out of debt sooner compared to credit card rates. SoFi personal loans have no fees and low fixed rates.

SoFi Loan Products
SoFi loans are originated by SoFi Lending Corp (dba SoFi), a lender licensed by the Department of Financial Protection and Innovation under the California Financing Law, license # 6054612; NMLS # 1121636 . For additional product-specific legal and licensing information, see SoFi.com/legal.
External Websites: The information and analysis provided through hyperlinks to third party websites, while believed to be accurate, cannot be guaranteed by SoFi. Links are provided for informational purposes and should not be viewed as an endorsement.
Third Party Brand Mentions: No brands or products mentioned are affiliated with SoFi, nor do they endorse or sponsor this article. Third party trademarks referenced herein are property of their respective owners.