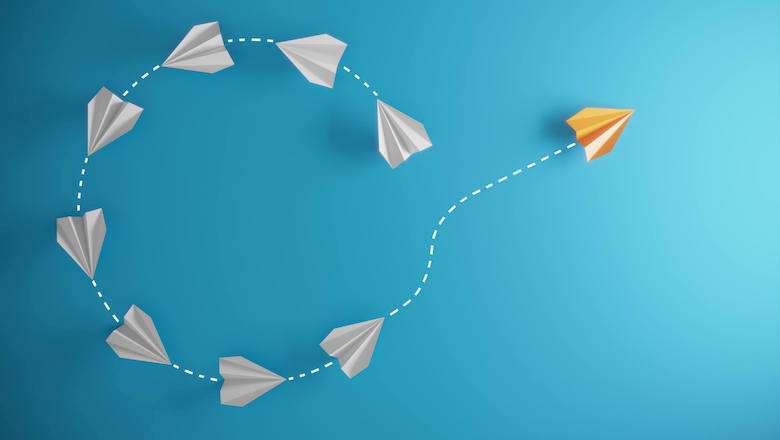 Let me start by saying my impression and opinion of the Julie Queler mess is based on public records. These are court documents and ultimately the case will have to play out in court.

Queler is one of the defendants in a case filed by Casey White and Patricia Crimmins alleging some unhappiness with student loan debt relief services received.

Julie Queler is the majority shareholder of National Legal Staffing Support and Resolvly but the recent court filing says, “She asked the co­-Defendant LLCs to provide legal help to her which was denied. Since the LLCs have blocked salaries and other funds of the pro-se Defendant Julie Queler, therefore, she had no funds to hire an Attorney. Consequently, she had to ask the LLCs for provision of necessary documents afresh so that she could prepare the required answer/responsive pleading.”

The court documents appear to state that even though Queler is the majority shareholder of the LLCs, a critical issue is “the non-cooperation of the management of her own LLCs/Defendants’, including but not limited to the blocking of funds and denial to provide an Attorney to defend.”

Julie Queler thinks Crown Media should be brought in as an additional Defendant. Interesting move. This appears to be because the complaint included references to Crown Media and gives the impression Crown Media was a participant in the scheme or plan.

Queler quotes from the court document she filed.

“In brief, the “student loan debt resolution” racket at issue in this lawsuit works as follows: Resolvly, LLC, a shell limited liability company controlled and owned by Gregory Fishman and Julie Queler, purchases, repackages and launders sales-leads from non-Florida Bar approved lawyer referral companies, of consumers, like Casey White, who have large private student loan balances. The Defendants particularly focus their marketing efforts on consumers who are struggling with making timely payments on their private student loan accounts.”

“Resolvly, then, cold-calls the consumers, like Casey White, or it has its agents, like Crown Media Co., initiate the cold-calls to its sales-leads to enroll these consumers in what the sales agents market as the “law firm’s” student loan debt elimination “program”.”

The sales staff of this Enterprise, employees of Resolvly and National Legal Staffing Support, LLC (“NLSS”), or their agents, like Crown Media Co., represent to the recipients of these cold-calls, like Casey White, that they work for “the law firm” – that being the law firm of attorneys, Kevin Mason and Chantel Grant, GM Law Firm, LLC. Further, the sales agents on these telemarketing calls represent to the recipients of the calls, like Casey White, that they offer a debt elimination program that will eliminate all the consumer’s, and their consignors’, private student loan debt for payment of fifty cents on the dollars of the principal balance of the consumer’s total student loan balance, to be paid over 72 monthly payments.”

“Resolvly effectively launders out-of-state obtained client leads, like Casey White and her co-signor mother, Patricia Crimmins – these being client leads that Resolvly purchases from non-Florida Bar registered and approved lawyer referral services, like Crown Media Co., LLC, but then repackages and resells to the student loan debt elimination Enterprise at issue in this dispute, with Resolvly earning a $1,250 “referral fee’’ paid first, before JG Factor, NLSS, or GM Law Firm receive any cut of the clients’ fees. Resolvly has its agents, like Crown Media, initiate the telemarketing calls to the sales leads, like Casey White. Crown Media then transfers the sales leads that seem like good sales prospects, like Casey White, to the call center of Resolvly, whose employees, along with NLSS employees and “closers”, John Sabia and Joe Devito, close the “enrollment” of these sales leads as new clients of the “law firm’s” debt elimination “program”.”

“The non-Berger Singerman Defendants’ student loan debt to elimination “program” at issue in this action, devised and designed by Benjamin Zuckerman in the scope of his legal practice with Berger Singerman, and described in this Complaint, is an illegal enterprise that continues to regularly commit violations of the Florida Bar’s rules regarding lawyer-referral services and reasonableness of fees16, as concerns Resolvly’s laundering of client leads, purchased in bundles from other companies that are not registered as lawyer-referral organizations with the Florida Bar, like Crown Media, and the grossly excessive fees charged by GM Law Finn, but directly collected by NLSS.”

“Interestingly, this NLSS ACH account application, submitted to RAM, Ex. 5 to this Complaint, lists “Magic Mike” in the “How did you hear about RAM?” line on Page 1 of Ex. 5. Magic Mike, upon information and belief, is “Magic” Mike Ferrari, of Crown Media, the lead generator whose client leads Resolvly launders as its own client leads.”

Julie Queler appears to be a majority shareholder in two companies named in this lawsuit by consumers but her companies are allegedly withholding funds and legal assistance for the actions of her companies.

Queler also is requesting Crown Media, a business that her companies had a relationship with, be brought in as an additional Defendant in the suit.

Did I get that all correct? If so, what an interesting story. You can’t make this stuff up.