The U.S. Senate held hearings today on the practices of the debt settlement industry. You can watch the entire video of the hearings below. It might be slow in the beginning but take your bathroom break before the halfway point. It gets good and you don’t want to miss a moment of it.

Basically the debt settlement trade groups of United States Organization of Bankruptcy Alternatives (USOBA) and The Association of Settlement Companies (TASC) came out looking like total idiots. And if you are a member of either of those two groups and don’t think the hearings were bad news for you, put down the crack pipe.

Senator Rockefeller who chaired the hearings was not in a “please blow smoke up my ass” mood. As he said to the debt settlement representative, “I don’t want to hear your happy talk.”

The witness panel consisted of:

The hearing covered a number of topics that I have talked about before. There were questions about why USOBA won’t publish their member list and the answer from the USOBA representative was they didn’t want their membership list to be a subpoena list. The funny thing was the hearings used the graphic from my article Hey USOBA, Accountability, Credibility, Transparency. LOL.

My favorite comment was at the end when Senator Rockefeller asked the USOBA guy Ansbach how he could sleep with himself at night.

This came after USOBA refused to produce a member list and refused to say that members caught by government investigators would not be kicked out of USOBA. I talked about their ineffectiveness in policing the debt settlement industry in TASC & USOBA Here It Comes. You’ve Got Nobody But Yourselves to Blame.

As far as I can see these trade groups have done NOTHING to protect consumers from unscrupulous member companies and in fact the only company I know that has been kicked off USOBA was kicked off because they sided with consumers and not the trade association. “You want to defend consumers? Please leave and don’t let the door hit you on the ass on the way out.”

I was chomping at the bit to see if the Senate hearings would connect the dots on John Ansbach of EFA Processing, testifying on behalf of the debt settlement industry, to his partner at EFA processing, Ken Talbert, and then to DebtXS, a company I talked about yesterday in Do Debt Settlement Company Relationships With Hedge Funds Create a Fiduciary Problem for the Consumer? 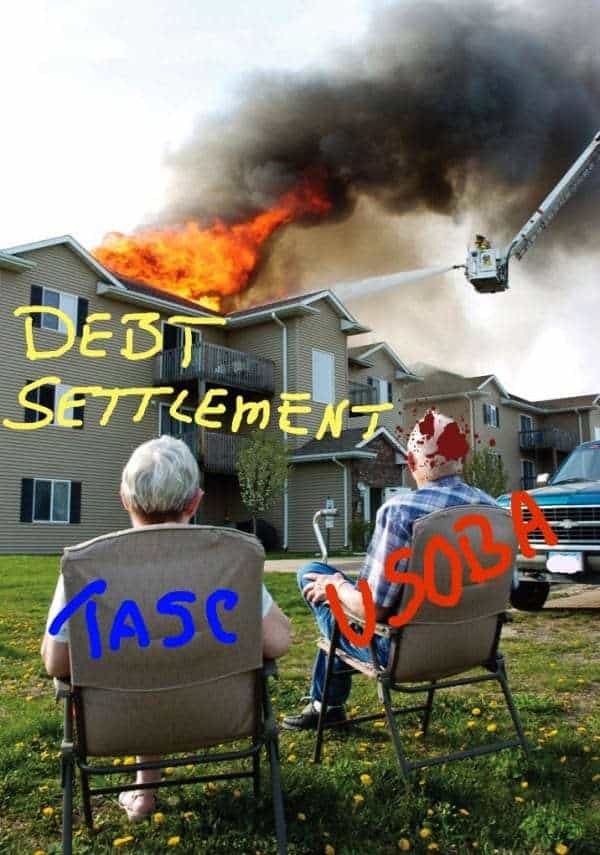