A wonderful tipster (send in your tips here) forwarded to me a lawsuit against Philip Kramer, Kramer & Kaslow, and Attorney Processing Center by Jeff Yarchever and Jay Bird, LLC. The suit was filed on June 10, 2011.

The suit alleges that in December 2010, Yarchever was approached by Lance Cutsforth to help him find a solution for his pending foreclosures on a property Jaybird owns in Park City, Utah. – Source

Cutsforth offered to sell Yarchiever access to a mass joinder lawsuit by Mitchell Stein. Cutsforth said it would stop the foreclosure on the property.

Yarchever also owned a property in Las Vegas which Cutsforth said he could join to a lawsuit filed by Kramer & Kaslow which would stop the foreclosure on that property.

Cutsforth sold access to the two different lawsuits for different prices. The Mitchell Stein suit would be $40,000, payable to Mitchell J. Stein.” The Las Vegas property would be $10,000 payable to Kramer & Kaslow in two installments of $5,000.

Cutsforth took the checks to Gary Redner at Attorney Processing Center where Cutsforth got a commission check for $10,000.

After Attorney Processing Center received the checks and forwarded both to Philip Kramer and Kramer & Kaslow, it is alleged the $40,000 check was changed from being payable to Stein to Kramer & Kaslow.

In April 2011 Yarchever was notified the Utah property was getting foreclosed on and demanded the return of both retainer fees. Kramer & Kaslow returned a $5,000 payment but held one.

Stein then informed Yarchever that he had never received any retainer payment or agreement and had not worked on either case. Yarchever then discovered discovered the check had never been deposited for Stein but changed to Kramer. In May 2011 Jay Bird filed a check fraud claim with Bank of America and Bank of America approved the claim and reversed the charge, thereby crediting $40,000 back to the account of Jay Bird.

Yarchever is suing and claiming:

The exhibits on this case contain an interesting letter that further lays out the claims. 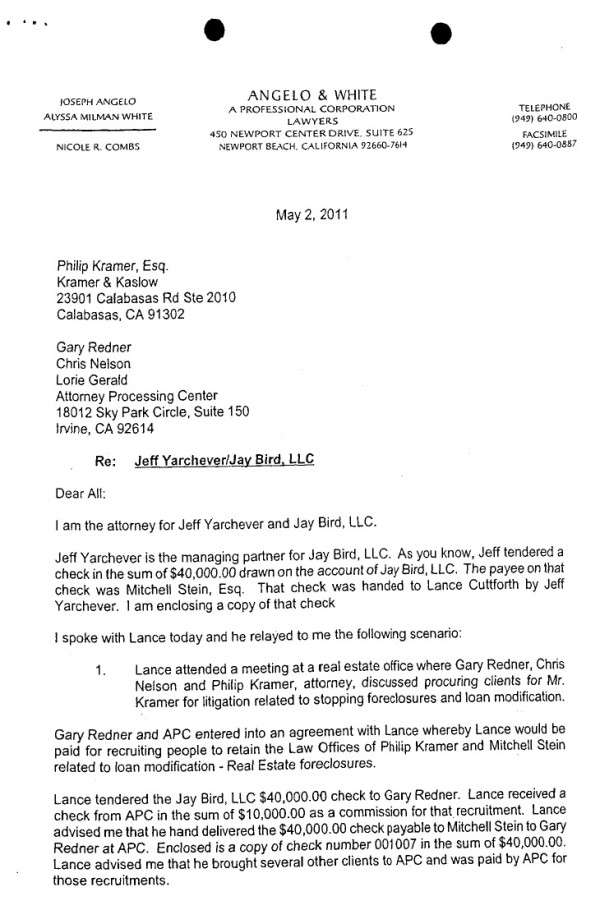 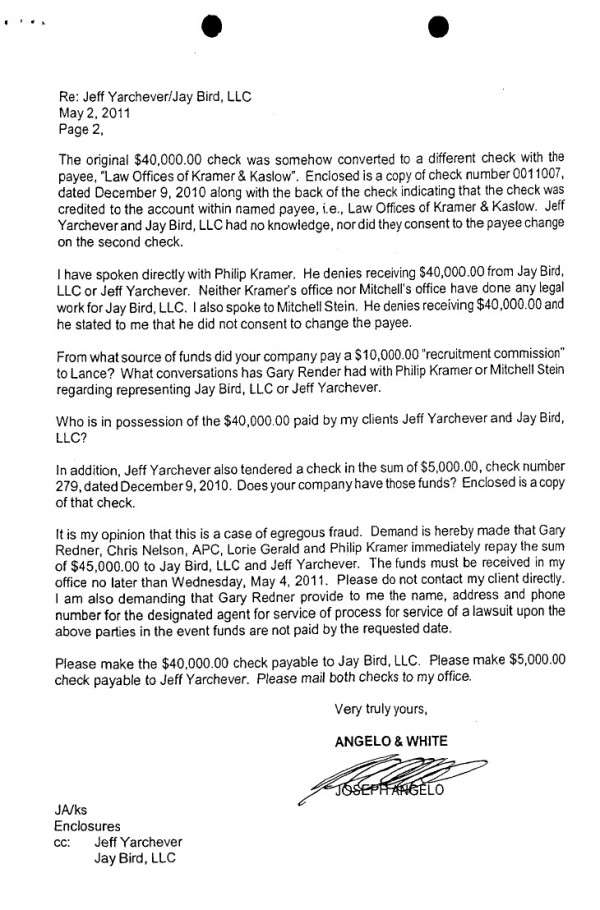 This letter in particular is interesting in that Philip Kramer is accused of illegal fee splitting by another lawyer who also filed a complaint with the California Bar against him. 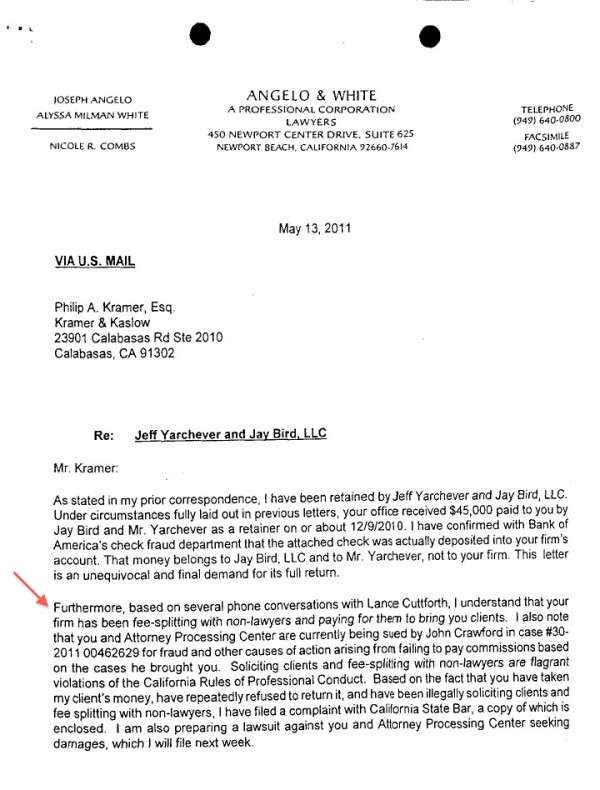 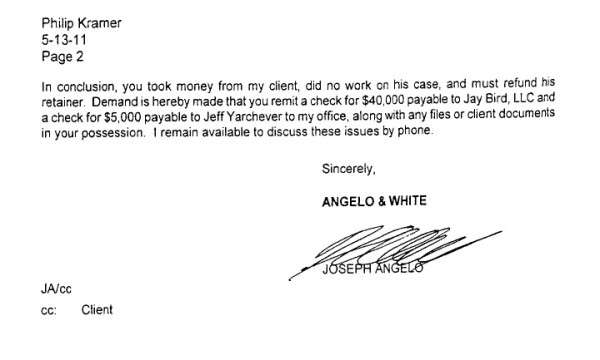