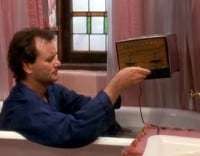 The other day I caught a bit of that movie Groundhog Day. That’s the Bill Murray film where he wakes up every morning and it is the day before all over.

As someone who has been involved in debt relief in Ireland, UK, U.S., The Netherlands, and some in South Africa I can tell you that the debt relief industry thinks locally and acts locally to its own detriment.

My experience with a more global debt relief effort to deliver services has been frustrating in the past. It was never an issue of appropriateness or quality of services which divided international development of debt relief tools and solutions. No, the issue was a division between free versus fee services. But that’s another matter.

Service providers, like governmental bodies that provide free services, supported by tax revenue, have a visceral reaction to those debt relief providers that charge a fee to the consumer. While I understand the point of view, I don’t think that is the relevant point to draw a friend or foe distinction. More about fees in a bit.

In the early 2000s I was invited to be a guest speaker at an Insolvency Practitioner conference held in Scotland at a very nice resort with a mountain trout river running through it. Beautiful.

I distinctly remember the faces of the Insolvency Practitioners (IPs) in the audience when I gave my warning that unless the IPs banded together and formed a united front against creditor control of the debt mediation tool, Individual Voluntary Arrangement (IVA), the outcome was going to be a greater creditor control over the process and significant downward pressure on fees.

After the presentation a few people came up to me and said I didn’t know what I was talking about. “That would never happen,” they said.

A few years later when it did happen, some from that same conference said they should have listened since their fees were now cut nearly in half and it was tougher to get IVAs approved.

This issue of creditor control by funding has also been a problem since the early 2000s in the United States. Creditors have driven down funding of debt management plans delivered by credit counseling agencies. They also unilaterally control which entities can offer consumers access to creditor plans. Interestingly, creditors restrict access to debt management plans to those companies they control the funding of. It’s a classic case of the golden handcuffs.

United States nonprofit credit counseling agencies know I’m right about this issue and behind the scenes they agree with my assessment. None are brave enough to speak out publicly for fear of losing their remaining funding from creditors.

Modern day credit counseling, often a last resort for consumers desperate to avoid bankruptcy, has reached a point where creditor control and legislative reform threaten the very industry itself. Once thought of as a financial safety net for consumers struggling to pay off debts, credit counseling as we know it is struggling to survive and provide a valuable service.

“In an era when consumer debt is at record levels, the very system designed to assist those in need is a broken system at best,” said Steve Rhode, who has returned as president of Myvesta to represent consumers in this crisis. “Currently consumers are not serviced by an industry who has the needs of the consumer in mind. It is an industry that has been besieged by creditors and government guidelines which force the agencies to worry more about day-to-day survival than focus on helping the consumers with in-depth and meaningful assistance.”

According to Rhode, creditors focused on demanding successful collection activity and the suggested IRS guidelines have trapped credit counseling agencies in a no-win position.

“Credit card companies, the single largest provider of funding for credit counseling agencies, have drastically cut their financial support while forcing agencies to act as collectors rather than counselors,” Rhode said. “Agencies have to do what the creditors want to stay in existence or they will get cut off from funding. Credit counseling agencies are afraid to speak out for fear of more funding cuts as retribution for speaking the truth.”

“On top of that, government agencies, in an effort to stifle deceptive practices in the credit counseling industry, are suggesting guidelines that threaten the ability of agencies to fund their programs at all.” Rhode said. “We are now faced with an industry that is on the brink of destruction and has to either obey the creditors as collectors or operate without any source of income. Either choice is deadly dangerous and bad for consumers.” – Source

Over and Over Again

It has become akin to the Groundhog Day movie, watching debt relief providers in various countries make the same mistakes over and over again which only serve to cut their own throats.

See also  I lost My Job in Dubai and I'm Now in South Africa With Debt. - Vaalseun

Our debt relief friends in South Africa are currently heading down the exact same path with the National Debt Mediation Association.

The National Debt Mediation Association is a not for profit organization credited by the credit industry to provide free debt intervention services.

But handing the control over to the creditor industry has never proven to be a good solution over the long term, in any country.

Creditors or credit industry control is pushing for their voluntary arrangement solution and making the fees a point of contention again. Using free as a lever against consumers to unfairly induce them into their process. The Voluntary Debt Mediation Service (VDMS) is being sold as a great thing for consumers in South Africa. Only thing is, it’s not.

If we can’t learn from our mistakes and history, we are simply doomed to make the same errors over and over again, like Groundhog Day.

And that’s what a global debt relief community is doing.

Let’s look at the NDMA.

The NDMA was founded by the:

And let’s look at the board members of the NDMA who by their very role exert control over the group.

Critics of the South African Process

There have been critics of this approach. Deborah Solomon of The Debt Counselling Industry portal thedci.co.za has spoken out against the NDMA process.

Solomon is quoted as saying, “Think twice. The NDMA debt mediation process has been set up by credit providers. Do you think it is designed to work in your favour or might the outcome tend to favour the credit industry?”

“How can a credit provider lend money and at the same time offer debt mediation? This practice is not in line with the NCA,” Solomon questions.

In an interview with The New Age, the CEO of NDMA, Magauta Mphahlele, vehemently denied claims made by Solomon, labelling them flawed and baseless. “These are baseless allegations considering that the NDMA operates within the NCR and NCA regulations.” – Source

The NDMA VDMS Process Should Be Debated

Even if the NDMA process is completely impartial and undisputed, by its very structure it is corrupt. Time and time again, around the world, there has been no evidence of a creditor controlled, supported, or funded operation that has either put the needs of consumers first or acted in a fair and impartial manner.

We would no more think it was a good idea for the snack food industry to run diet centers than to think this approach is a good idea. Does making the pro-snack food diet program free somehow make it better?

Now, if the NDMA wants to work cooperatively with a similar body that represents the National Credit Regulator (NCR) and South African debt counsellors and create an impartial third group to manage consumer proposals, then that might be worth examining.

But all is not lost. In August, 2012 the National Credit Regulator issued a public statement that killed the VDMS approach. The NCR properly stated:

The pushback from the NDMA over this issue and aggressive public statements to make the VDMS process legal are interesting and telling.

See also  South Africans Finding it Tough to Save Money

Why are creditors fighting so hard to implement an impartial process?

NDMA CEO Magauta Mphahlele made the following points in an August interview:

The NDMA will not shy away from the fact that it is funded by credit providers. The consumer or tax payer should not carry the cost.

The cost does not only relate to resolving disputes but also supporting preventative measures, like consumer education, something that the NDMA has done on a large scale.

She says the NDMA’s impartiality is best demonstrated by the results of its 2011 annual reports which show that the NDMA found in favour of the consumer in 77% of cases finalised.

“The role of mediation is accepted and recognised widely in many arrears of the law but is new in matters related to debt enforcement.”

“The VDMS pilot issues raised by the NCR present an opportunity for the role of the credit industry in combating over indebtedness in the context of section 48(1)(b) of the NCA to be debated.”

Let’s not wrap this in a package that the NDMA is operating in the best interest of the consumer. Time-and-time again, from country to country, that approach has proven not to be true. Even the falsehood that creditor controlled interventions are at no cost to the consumer are not true.

The NDMA brags about how they sided with the consumer in 77% of cases finalized, but past performance does not predict future performance. Again, not to be too cynical but there is no reason creditors would not invest in early losses to invest in a longer term strategy that winds up favoring them. That exactly what they did in the U.S. and UK.

Is NDMA a Leader?

I did find it interesting that while the NDMA wants to push through the Voluntary Debt Mediation Service project, a review of their own website found little to no information on the dispute and debate on these issues. If they are as impartial as they claim then why don’t they demonstrate that transparency through their own actions?

Their press release section has not been updated since 2011. Ironically, if you search the NDMA website for information on the NCR, you actually get an “unexpected error.” Nice. The only two press releases issued in 2011 are not fair and balance but instead appear to favor the NDMA creditor created group.

Let’s just hope that somewhere along the way the debt relief industry can start thinking and acting globally so we don’t have to be stuck in this Groundhog Day movie anymore.