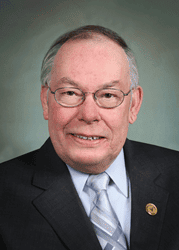 Social Security benefits are not keeping pace with rising household budgets, according to the majority of retirees participating in a new survey by The Senior Citizens League (TSCL). The record low growth in cost-of-living adjustments (COLAs) in recent years is creating long-term budget trouble for an estimated 31 million Social Security beneficiaries age 65 and older, says TSCL.

When asked to select between four statements that most closely reflected their feelings about their Social Security benefits, 42 percent of survey participants said their benefits “were not keeping up with household budget needs.” Another 25 percent said their benefits help “keep them out of poverty, while 9 percent said their benefits were “too low to sustain even basic needs,” and that they didn’t have enough to live on. Only one out of four survey participants, or 24 percent, said that their Social Security benefits help them to afford a “comfortable retirement.” “The promise of Social Security to help retirees live more comfortably in retirement — is in danger,” says TSCL Chairman Ed Cates.

Since 2010, annual COLAs have averaged just 1.4 percent — less than half the average 3 percent of the decade prior to 2010. In 2010 and 2011, there was no COLA at all. Recently the Social Security trustees have forecast that there will be no COLA again in 2016. “Because the COLA sounds small, most people don’t realize the disproportionately large impact this has on their retirement income due to the loss of the compounding effect,” says Cates.

Low COLAs affect both those currently retired who receive an annual benefit boost when inflation is rising, and people who haven’t even started benefits yet, because COLAs are used to calculate the initial benefit amount. A year with no COLA would mean a lower initial retirement benefit for some future retirees. According to an analysis for TSCL, people who retired in 2009—with an average benefit of about $ 1,000 per month—will receive roughly $ 5,000 less in Social Security benefits through the end of 2015 than they would have if COLAs had been the more typical 3 percent. The analysis projects that if inflation remains at the low levels currently estimated by the Congressional Budget Office, individuals who retired with $ 1,000 per month in 2009 would lose almost $ 61,000 in Social Security income over the course of a 25 year retirement. “Today’s retirees simply cannot afford to give up that much,” Cates says.

TSCL supports legislation that would provide greater retirement security by indexing Social Security benefits to the Consumer Price Index for the Elderly (CPI-E) and would provide all retirees moderately higher monthly benefits. To provide more secure benefits and strengthen Social Security, TSCL surveys indicate that the majority of older Americans support raising the maximum taxable earnings so that high income earners pay taxes on all earnings over $ 118,500. To learn more about how you can take action and to sign up for TSCL’s free online newsletter The Social Security & Medicare Advisor, visit http://www.SeniorsLeague.org.

With about 1 million supporters, The Senior Citizens League is one of the nation’s largest nonpartisan seniors groups. Located just outside Washington, D.C., its mission is to promote and assist members and supporters, to educate and alert senior citizens about their rights and freedoms as U.S. Citizens, and to protect and defend the benefits senior citizens have earned and paid for. The Senior Citizens League is a proud affiliate of TREA The Enlisted Association. Please visit http://www.SeniorsLeague.org or call 1-800-333-8725 for more information.

If you would like to receive these press releases via email, please send your email address to sbenton(at)tsclhq(dot)org.

Research Department
Here is where you will find important stories located from around the web which can impact you and your financial life.
Latest posts by Research Department (see all)
See also  We Didn't Anyone Tell Me About My Old Student Loans?