I received a letter by mail sometime in January 2015 in reference to getting help for debt. I contacted Clearing Solutions by phone and initially spoke with a compliance officer named Jeff.

The debt validations allows the creditors to write off or sell accounts, and this company would also do a credit repair and remove late payments, etc. I discussed three credit cards that I would be willing to try and get help to reduce the balances and help get me out of debt.

We discussed an amount I would pay each month. Around March 5, 2015, I received a letter welcoming me into the program along with a packet of information about the program. I was to have monthly drafts taken from my checking, which would show in the name of ACE Business Solutions. The letter stated that they were happy to be working with me to try and improve my current financial situation. I was also given a letter with the web address information, my user ID, and my password to view my information through a portal. I was not able to login correctly.

In August of 2015, I received another letter informing me that Clearing Solutions was updating their system and making improvements to their website, so I would not be able to access the portal. I requested by phone several times for information showing how my money was being distributed. I wanted to see how things were progressing. I received an email showing that two accounts were processing and one was in research. I guess that was because that company never sent me a letter sending me to a creditor to which I would forward to Clearing Solutions.

At the end of the 2015 year, one of the companies sent me a 1099 to which I had to pay taxes. When I let Clearing Solutions know of this and I wanted my monthly payment reduced because I no longer owed the creditor anything and Clearing Solutions would not need to have further contact with this company on my behalf, Clearing solutions had me send proof of the 1099 before they would reduce my monthly payments. Finally, the note was reduced.

Now I received an email showing that the validation process was complete on two of the accounts and one account was still in research. Recently, I discovered this company was not helping me, but actually caused my credit to severely decrease. I contacted them to stop withdrawing from my checking and close my account with them. I questioned them about my online portal and my escrow account. I was informed that there was never an escrow account or a portal for me to access and track my account. I became very upset and asked for a refund of my money. I was told that the account would have to undergo a thirty day review. I did not heard from them. I even emailed them to notify them that I would be contacting you.

Finally, after several calls, Clearing Solutions sent me proof of two letters in which they acted on my behalf to validate Sam’s Master Card. In the meantime, two of the accounts have been sold to a third party. I will now be making payments on these two accounts. I let Clearing Solutions know about this, and I was told that if I would not have cancelled with them, they could try and help with those two accounts.

I was so frustrated. I mentioned that they should have already helped with these since I paid so much into Clearing Solutions. Now I am being told that they will refund me $500.00. This is ridiculous. Is there anything more I can do to recover this money?

I have made numerous phone calls and sent in several emails.

State You Live in: Louisiana 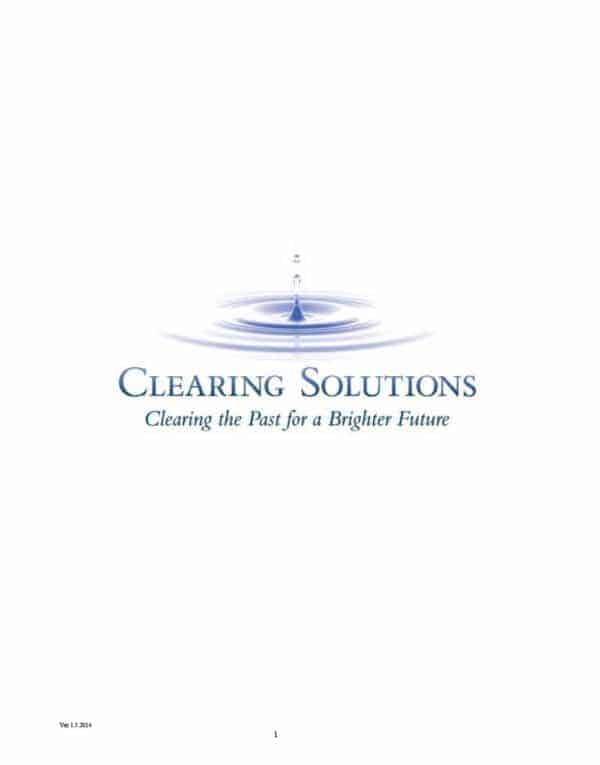 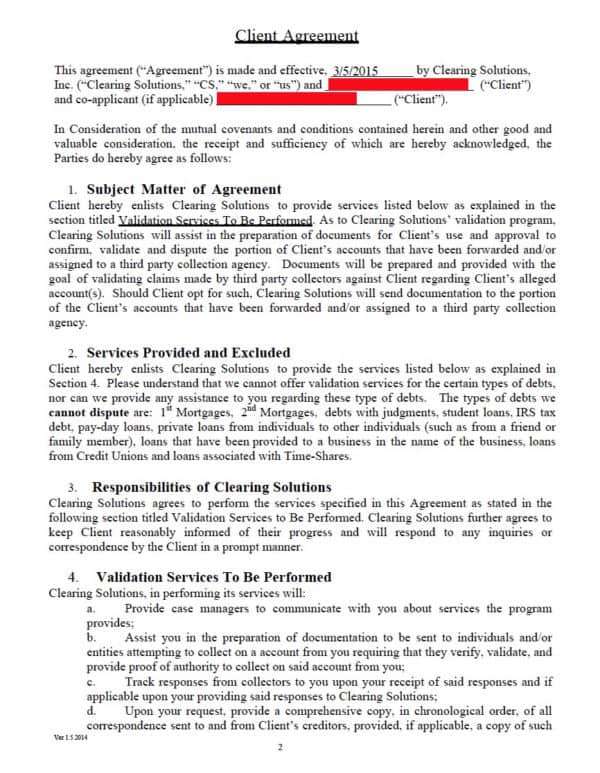 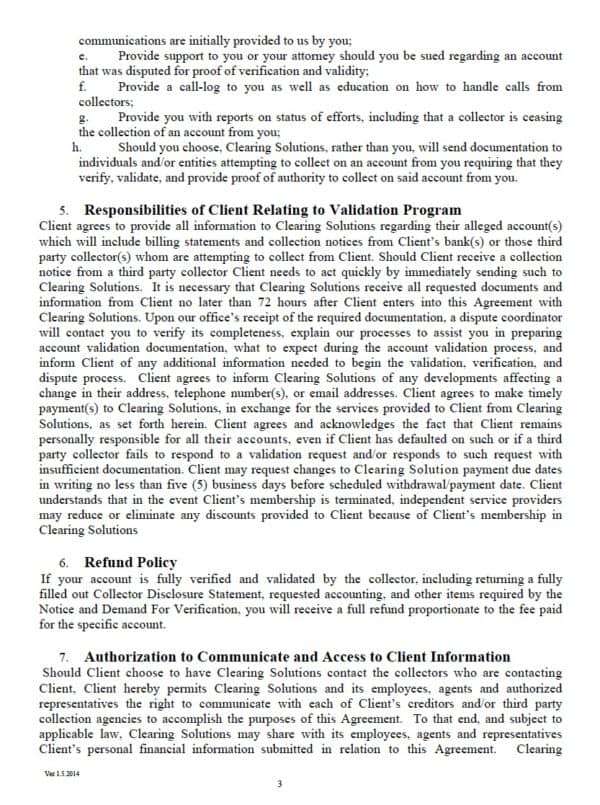 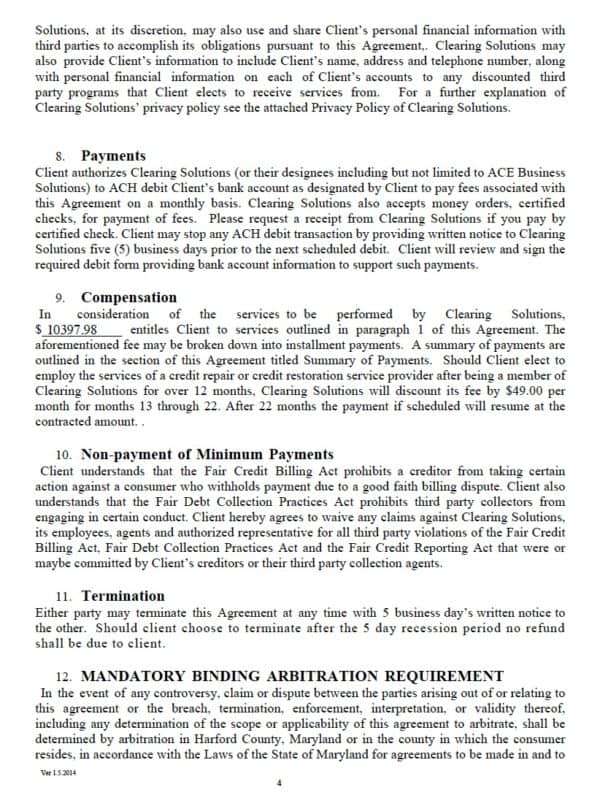 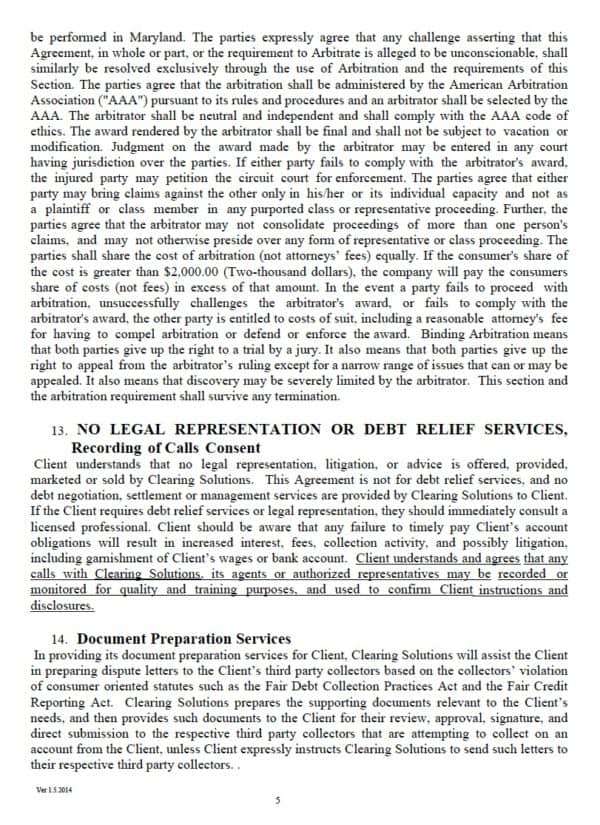 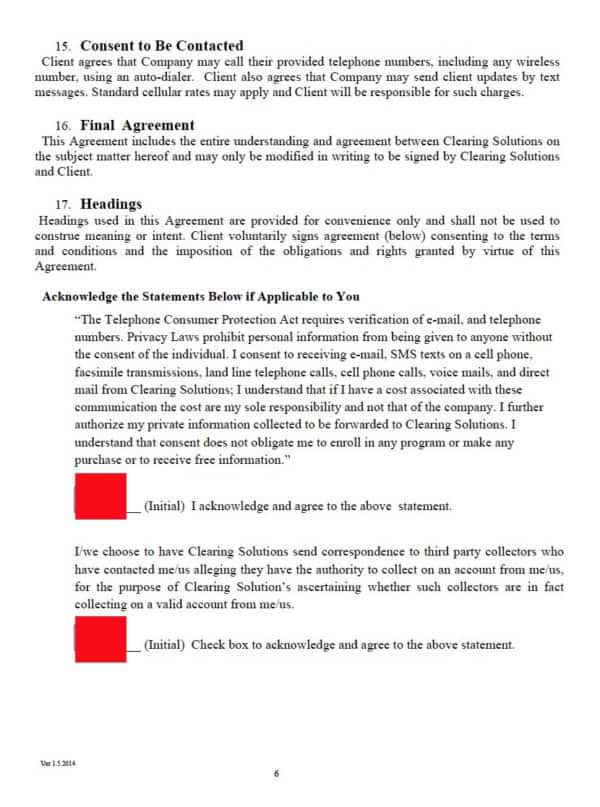 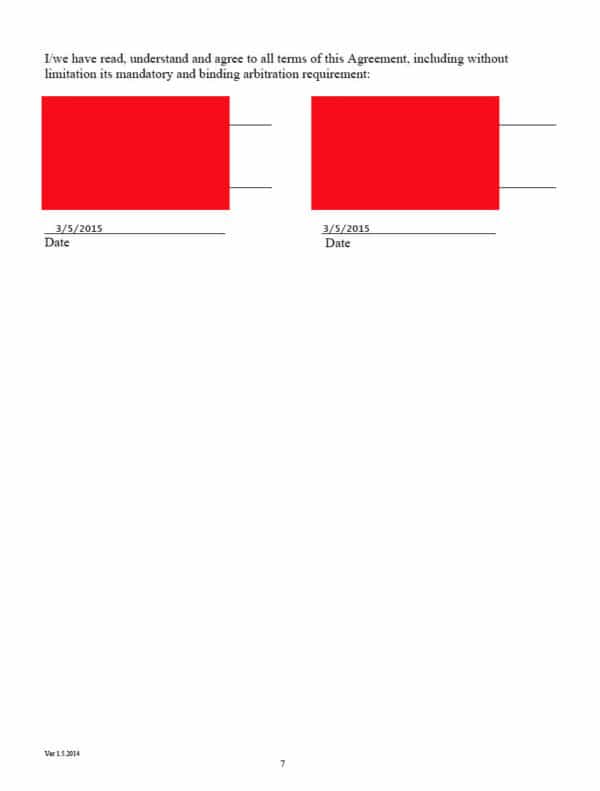 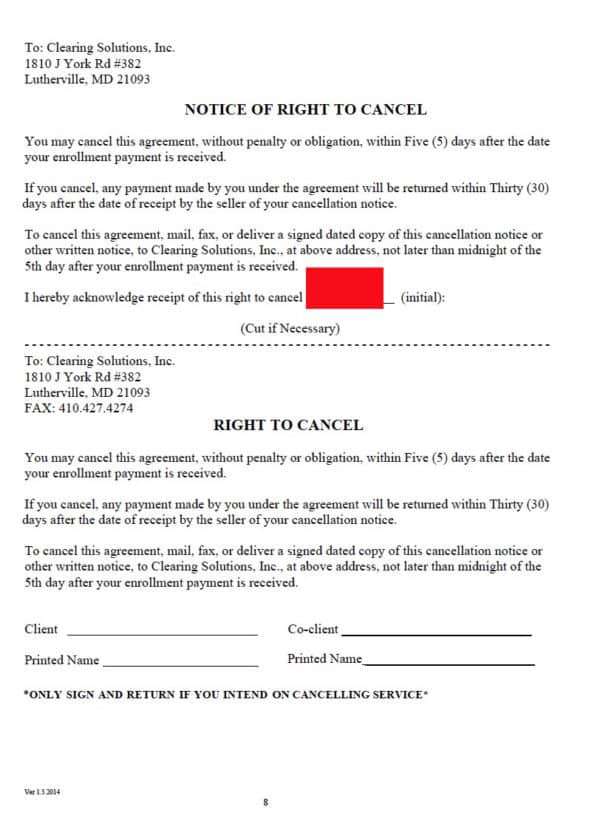 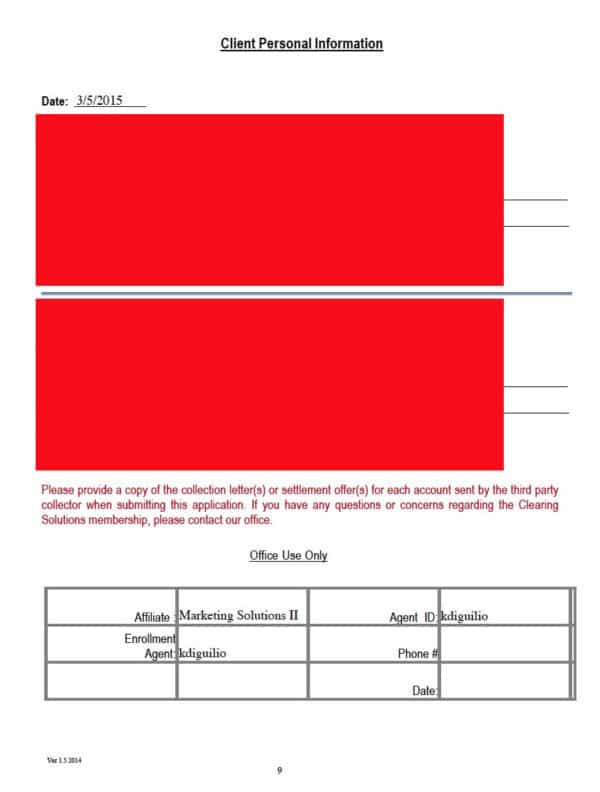 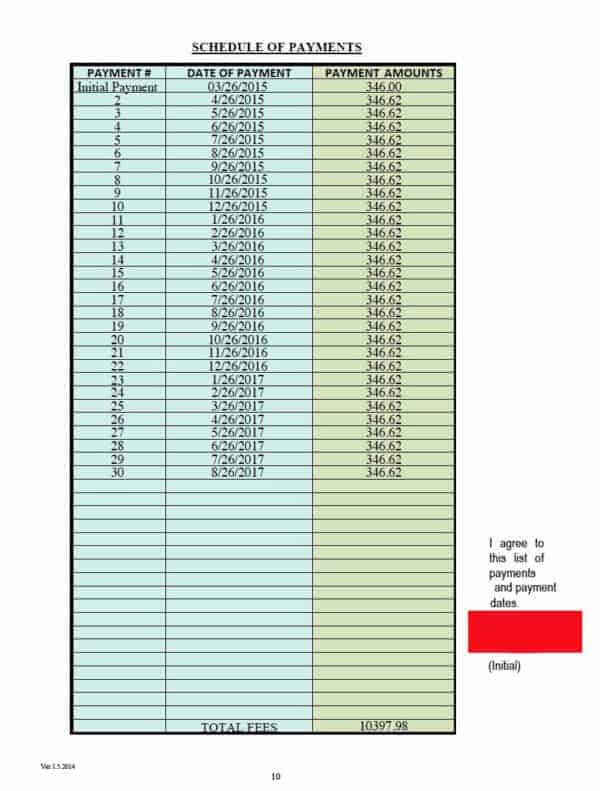 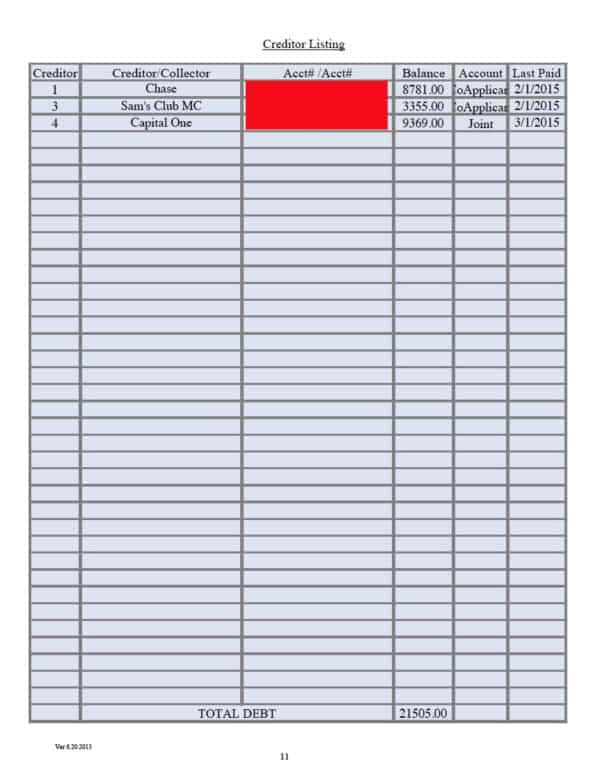 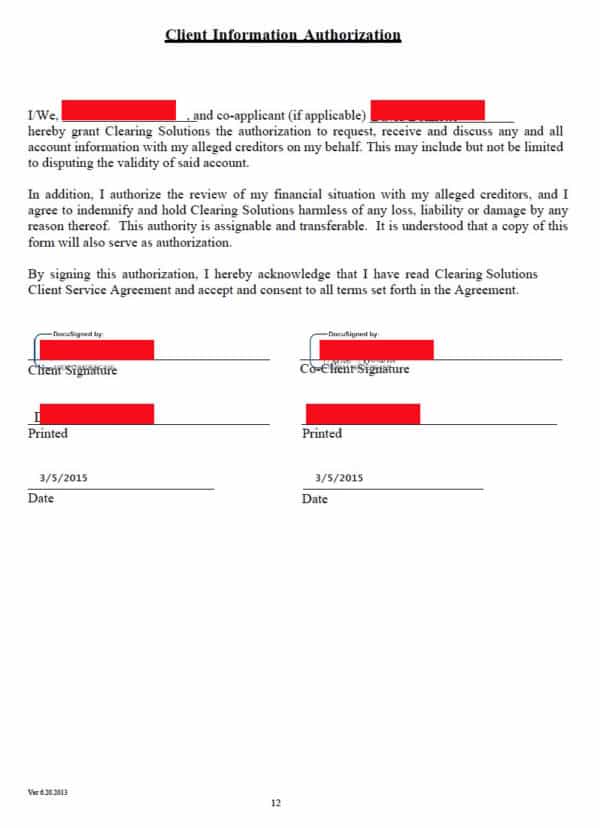 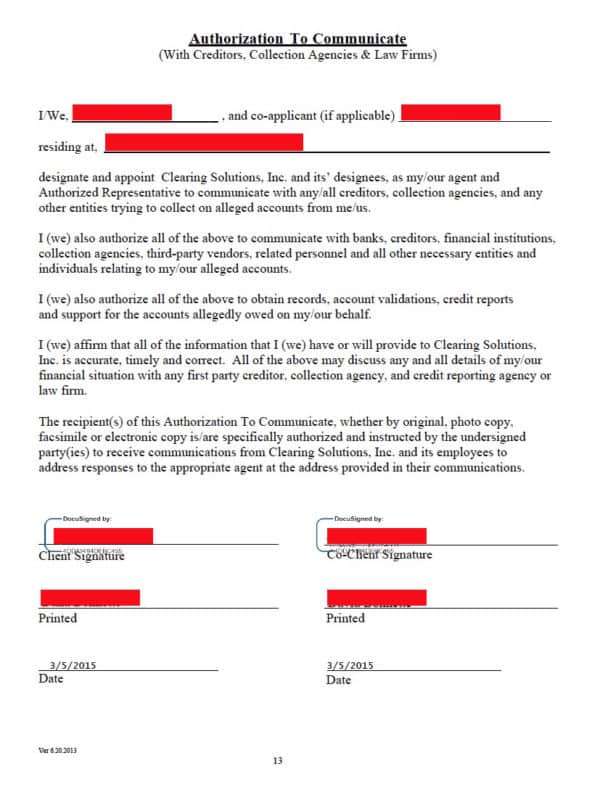 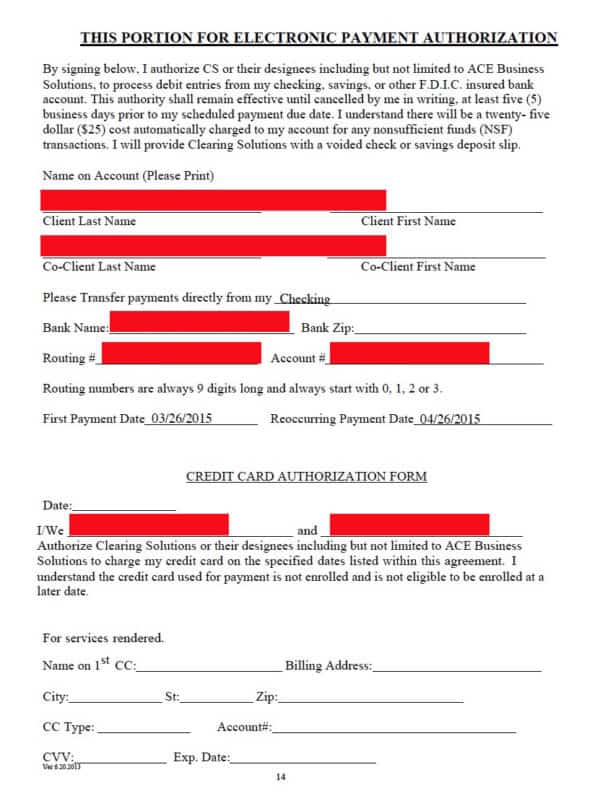 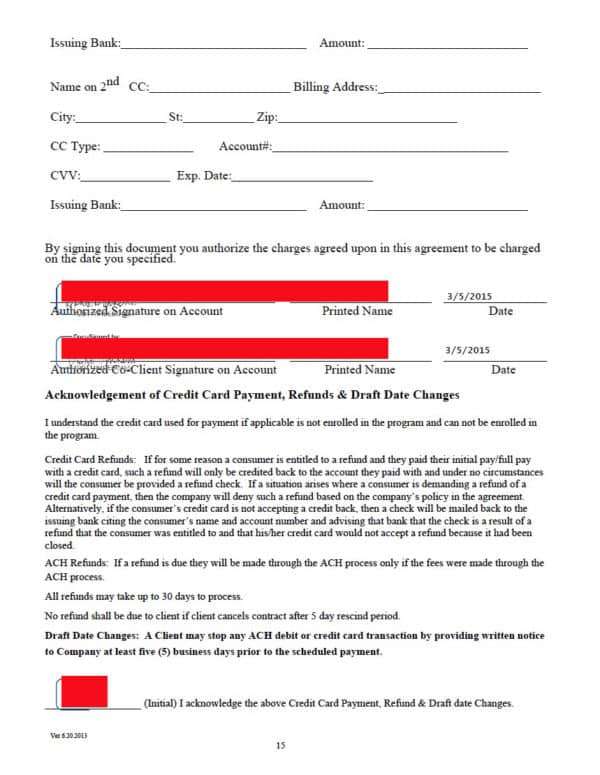 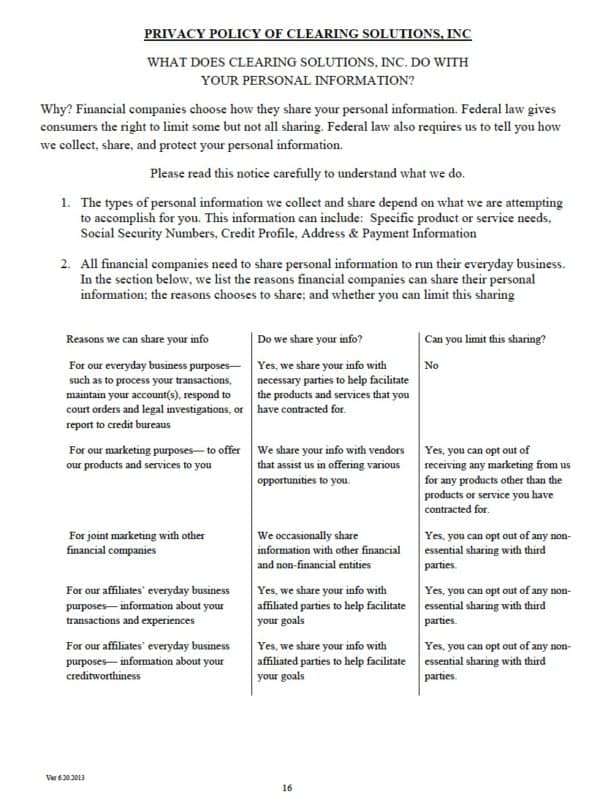 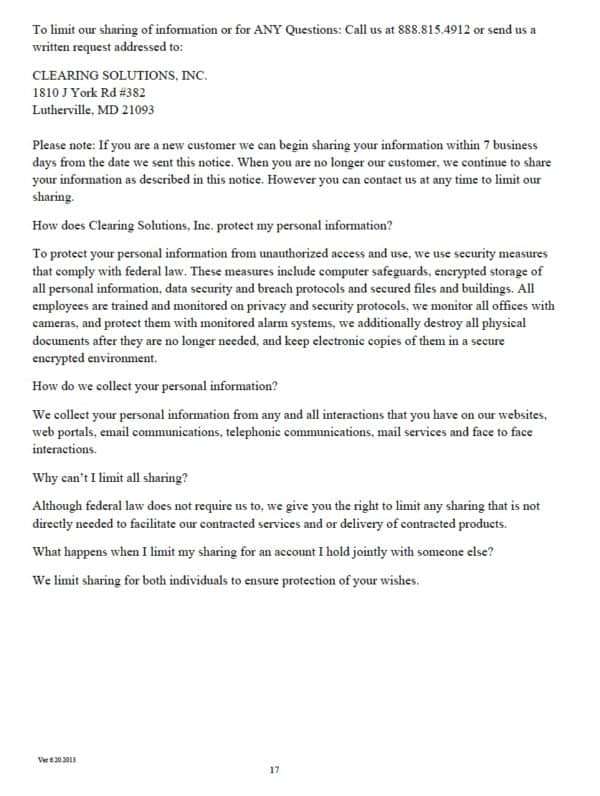