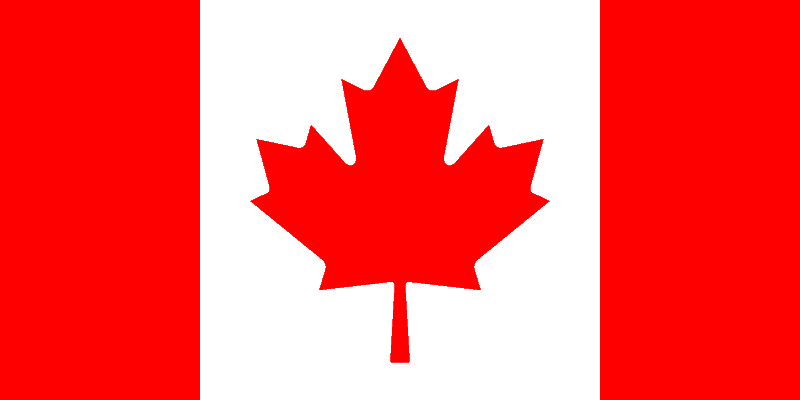 The national 90 day+ delinquency rate and average debt held by Canadians increased this quarter when compared to the same period in 2015, according to Equifax Canada’s Q3 2016 National Consumer Credit Trends Report.

Compared to a year ago, the highest delinquency rate increases in the country were found in Alberta, Saskatchewan, and Newfoundland, where default rates tend to be higher.

“What we are seeing in Western Canada and Newfoundland would be of more concern if people in the two regions hit hard by the oil bust were also piling on a lot more debt and they are not, especially in Alberta and Saskatchewan. At the same time, Ontario and Quebec show stability and display responsible re-payment behaviour,” said Regina Malina, Senior Director of Decision Insights at Equifax Canada. “On average, Canadians across the country are managing their debt wisely, with the majority paying off their credit cards in full every month and few making only the minimum payments. We encourage them to continue to be budget-conscious heading into the holiday shopping period.”

Total consumer debt (excluding mortgages) remains on the rise fuelled in part by low interest rates. As of Q3 2016, Canadian consumers owe $1.702 Trillion, compared to $1.666 Trillion in Q2 2016 and $1.587 Trillion a year earlier. On a debt classification basis, the auto and installment loan sectors are showing significant increases of 7.8 per cent and 7.7 per cent year-over-year, respectively.

“The majority of consumers are actually decreasing their debt, but those who are still increasing it are adding larger amounts on average and by enough to increase the total levels,” explained Malina. “The fact is people who can afford to do so are buying more cars, spending more on housing and borrowing more from financial institutions. Meanwhile, older Canadians showed the largest increase in average debt but continue to have the least trouble making their required payments on time.” – Source 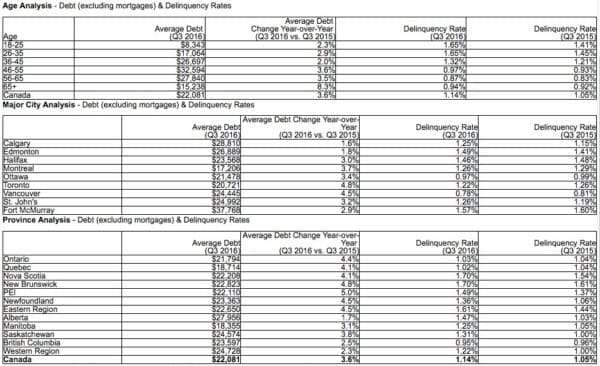