I was alerted that Michael Harper from the old mortgage modification – Hoffman Law Group — has resurfaced in a mugshot.

Michael Justin Harper, 39, faces 13 counts of patient brokering and one count of conspiracy to commit patient brokering. He was booked into the Palm Beach County Jail on Saturday and released that same day after posting $42,000 bond.” At least it is a nice looking mug shot.

In the videos, he talks about how to enhance the medical provider’s practice.

It is one thing to run into an issue, as Harper did, in debt relief and then reinvent yourself. But it appears on face value in this situation that he absolutely went from the frying pan and into the fire.

The current arrest report lists the charges as:

We will all just have to wait for this issue to run through the courts and see what the final verdict is on these alleged actions.

The police report filed in this case contains a heck of a lot of information and looks like there was some dedicated attention to this issue. 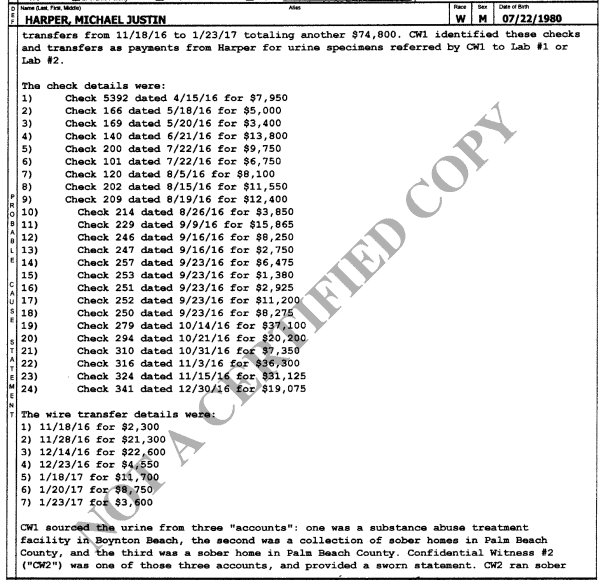 From the police report above it appears the medical business started not long after the Hoffman Law Group blew up.