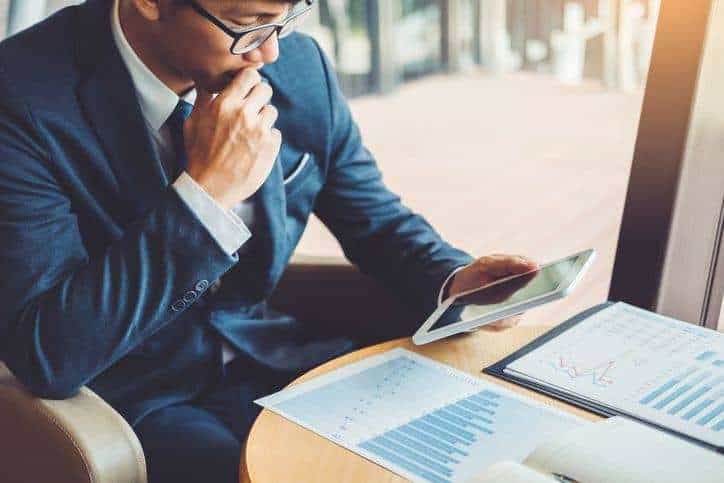 The credit repair world is exploding in a giant pissing contest right now. The National Association of Credit Services Organizations (NACSO) recently held a fundraiser for membership money to sue the CFPB and seek to eliminate the Telemarketing Sales Rule (TSR).

The following day after filing suit against the Consumer Financial Protection Bureau (CFPB) the CFPB filed suit against Commonwealth Equity Group, which does business as Key Credit Repair, and Nikitas Tsoukales (also known as Nikitas Tsoukalis) it’s president and owner.

The CFPB said, “As alleged in the complaint, from 2016 through 2019 alone, Key Credit Repair enrolled nearly 40,000 consumers nationwide, and since 2011, it collected at least $23 million in fees from consumers. The Bureau alleges that in their telemarketing of credit-repair services, the defendants violated the Consumer Financial Protection Act’s (CFPA) prohibition against deceptive acts or practices and the Telemarketing Sales Rule’s (TSR) prohibitions on deceptive and abusive telemarketing acts or practices.” – Source

While it is probably entirely a coincidence, Nikitas should play the lottery because the money raised from NACSO members to pay for efforts against the CFPB will surely benefit Key Credit Repair if NACSO is successful.

The CFPB doubled down on its strategy that the TSR plays a role in credit repair services sold through telemarketing.

The CFPB said, “The Bureau and Massachusetts’s complaint, filed in the federal district court for the District of Massachusetts, specifically alleges that the defendants deceptively misrepresent that Key Credit Repair’s actions will or likely will result in a substantial increase to consumers’ credit scores and the removal of material negative entries on consumers’ credit reports when, in fact, in numerous instances, Key Credit Repair did not achieve those results. The Bureau alleges that those misrepresentations are deceptive acts or practices in violation of the CFPA and the TSR. The Bureau further alleges that Key Credit Repair and Tsoukales engaged in abusive acts or practices in violation of the TSR by requesting and receiving payment for their credit-repair services before achieving the promised results and before giving consumers a consumer report more than six months after achieving the results to demonstrate the results. The Bureau further alleges that the alleged violations of the TSR also constitute violations of the CFPA.”

From The CFPB Complaint

15. KCR markets itself as providing services that will assist consumers in removing derogatory information from, or improving, the consumers’ credit history, credit record, or credit scores or ratings.

17. Tsoukales created the scripts that KCR’s telemarketers use in the sale of KCR’s services, is responsible for the content of KCR’s websites, and oversees nearly all aspects of KCR’s marketing and advertising.

18. Tsoukales also interacts directly with consumers and KCR’s customers, and he has made representations to consumers related to KCR’s credit-repair services before, during, and after their enrollment with the company.

22. KCR requires that consumers pay what it calls a “first work fee” of between $99.95 and $159.95 or more within five days of enrolling with the company.

23. KCR then charges consumers monthly fees of $99.95 to $159.95 or more, depending on the service level the consumer chooses. KCR also adds an “expedited billing processing fee” of at least $6.50 to the monthly fees.

24. KCR collects these fees from consumers before achieving the promised credit-repair results.

25. As CSOs, Defendants are prohibited from charging any advance fees—namely, any fee charged before “full, complete and satisfactory performance” of the credit-repair services offered—unless two conditions are met. M.G.L. c. 93, § 68B. First, the CSO must obtain a surety bond in the amount of at least $10,000 issued by a company authorized to do business in Massachusetts. M.G.L. c. 93, § 68B(1).

Second, the CSO must establish a trust account at a “federally insured bank or savings and loan association located in [Massachusetts].” Id.

26. While Defendants appear to maintain a $10,000 surety bond written by Western Surety Company, they do not have a trust account of any kind.

27. Since at least 2017, KCR has made representations about its credit-repair services on its website, in online advertising, and in its customer agreements.

28. For example, as of early March 2020, KCR’s website included the following representations:

a. “our team of more than 60 credit experts help[s] each and every client individually” to “take the next steps towards credit freedom;” and

b. “[o]ur consultations are all done by our owner, Nik Tsoukales, and his team of certified credit consultants.”

29. KCR, however, has just a handful of Boston-based employees, only some of whom interact directly with consumers. The majority of KCR’s sales and client interactions are conducted by contract telemarketers located in Central America who are compensated almost entirely by commission, based on the number of clients they enroll in KCR’s programs.

30. In addition, in December 2018, KCR’s website included the following representations: 31. In many instances, however, KCR did not fix unlimited amounts of negative items on clients’ credit files. And most clients did not see credit scores with an “average 90 point increase in 90 days.” 33. In many instances, however, consumers did not see removals on their credit reports within 45 days of enrolling with KCR.

34. Other advertisements published on KCR’s website from at least January 2018 to at least March 2019 represented that KCR would assist consumers in removing derogatory information from, or improving, the consumers’ credit record, including:

a. “We dramatically increase credit scores to help consumers that are struggling to get approved;”

b. “We help people whose low credit scores are holding them back from the life they want;” and

35. In many instances, however, KCR did not dramatically increase consumers’ credit scores and did not clean up unlimited negative records on behalf of consumers.

36. KCR’s representations have led consumers to believe that if they paid for KCR’s services, the company would help improve their credit scores or remove derogatory information from their credit reports.

37. In many instances, however, KCR failed to deliver the promised results, and consumers did not see their credit scores improved or negative items removed from their credit reports. – Source