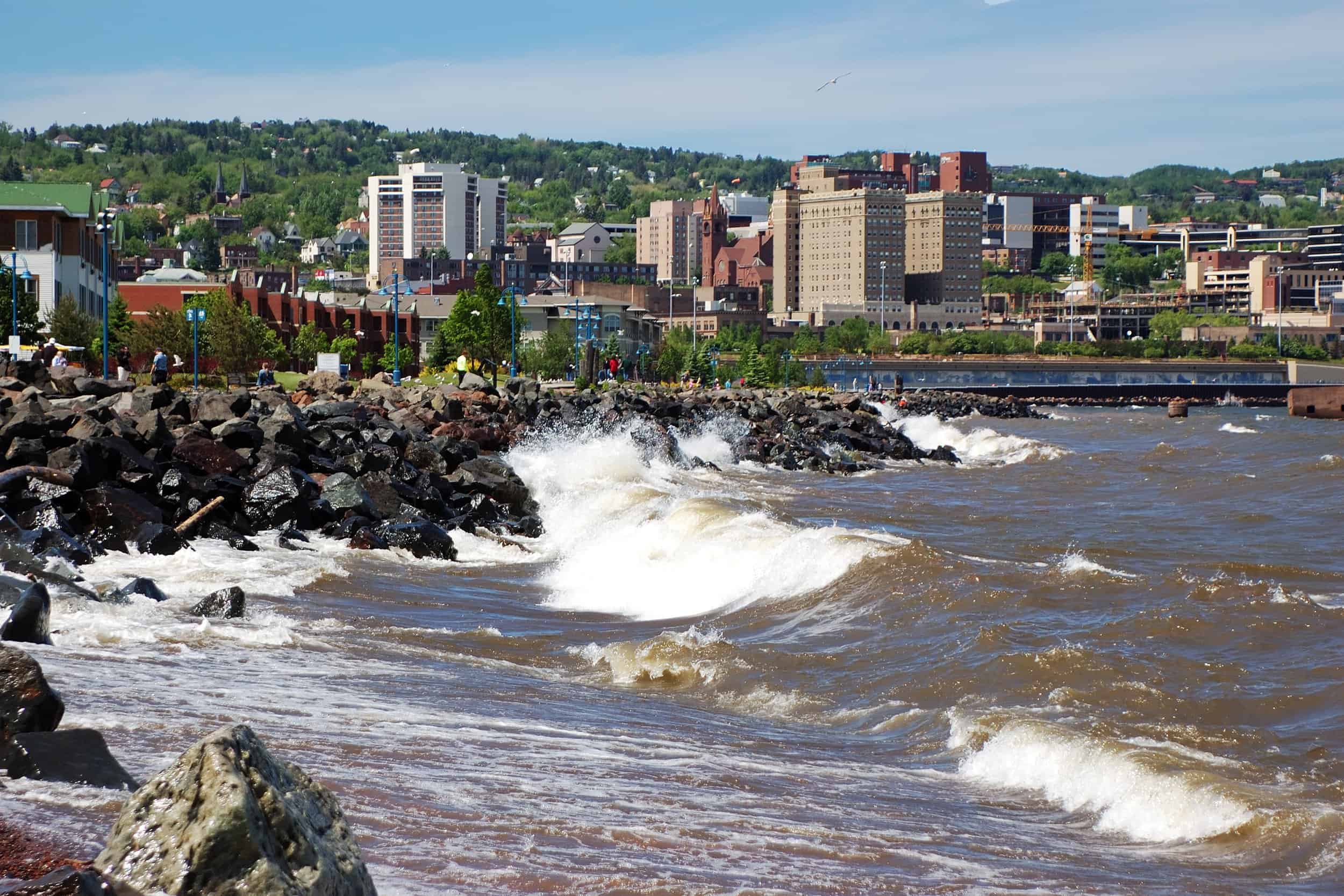 The Federal Trade Commission is seeking to name celebrity real estate investment promoters Dean Graziosi and Scott Yancey as defendants in a case for their roles in a massive real estate training scheme that bilked consumers out of more than $400 million.

Graziosi is known for his appearances in infomercials promoting his books on real estate investing and is a self-described New York Times best-selling author, entrepreneur, and investor. Yancey was the star of the reality television series “Flipping Vegas” that aired on the A&E television network between 2011 and 2014.

“We believe these two TV personalities each made millions of dollars by assisting and facilitating this real estate investment rip-off,” said Andrew Smith, Director of the FTC’s Bureau of Consumer Protection. “They were instrumental to the scheme and took a cut of the profits, and that’s why we’re seeking to add them to our case against the program’s operators.”

The Amended FTC Complaint says, “The Nudge Defendants use TV personalities, including Dean Graziosi who has appeared in infomercials promoting real estate investment books, Scott Yancey from A&E’s “Flipping Vegas,” Doug Clark from Spike TV’s “Flip Men,” Drew Levin and Danny Perkins from HGTV’s “Renovate to Rent,” and Josh Altman from Bravo’s “Million Dollar Listing Los Angeles,” to attract consumers to free ninety-minute events (referred to as the “Preview Events”) that are held primarily in hotel conference rooms throughout the United States. The Nudge Defendants advertise their Preview Events primarily through infomercials and direct mailings, which falsely promise to show consumers during these events how to find properties at below market prices and get access to financing without using their own money or credit. Since January 2015, over 750,000 individuals have attended one of the Nudge Defendants’ Preview Events.”

In text messages with another Defendant, the FTC says, “Graziosi explained that he understood his role for at least some of the Nudge Defendants’ events was to “put the [consumers] in the mindset to buy” and “[t]hen the sales guys come in to slay it.”

Mailer shows Dean Graziosi, ‘author and millionaire mentor’ and DVD set. Text: Welcome to Private Sales: Insider’s Financial! Learn how to buy properties for as low as pennies on the dollar! This is a private pre-auction real estate event. Congratulations! Your VIP reservation to the Insider’s Edge pre-auction event has been officially confirmed by the event sponsor. We look forward to seeing you… Dean Graziosi, As seen on: ABC, CNN, NBC, CBS, insider’s financial. 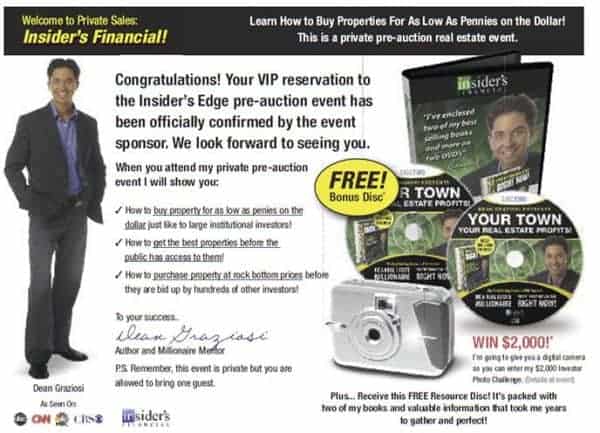 The FTC and the Utah Division of Consumer Protection sued Nudge, LLC and its affiliated companies in November 2019, alleging that it used false money-making promises to convince consumers to buy real estate training packages that often cost tens of thousands of dollars. The agencies alleged that supposedly “free” training seminars were the first step in Nudge’s multi-step sales funnel that included sales pitches for costly trainings and supposedly personalized coaching programs sold through deceptive telemarketing calls.

According to the proposed amended complaint, Graziosi and Yancey were the primary celebrities that Nudge used to draw consumers into attending training seminars that falsely promised to teach consumers a proven formula to make money by investing in real estate.

Graziosi and Yancey allegedly were typically paid a percentage of all the money spent by consumers who purchased training and coaching programs from Nudge after attending one of the seminars promoted by the celebrities.

The proposed amended complaint alleges that both men were aware of many complaints from consumers who were misled into spending substantial sums of money on the training and coaching programs, including those posted on public websites about the celebrities themselves.

Both celebrities also allegedly communicated with defendants in the case as recently as last year about trying to place positive reviews on third-party websites such as Yelp and Consumer Affairs to counter negative reviews referencing the training and coaching programs.

The proposed amended complaint alleges that Graziosi and Yancey provided substantial assistance to the Nudge defendants’ deceptive telemarketing sales of their coaching programs. The original complaint in the case was filed in November 2019, and a stipulated preliminary injunction was issued in the case in December 2019.

You can read the full amended complaint below.