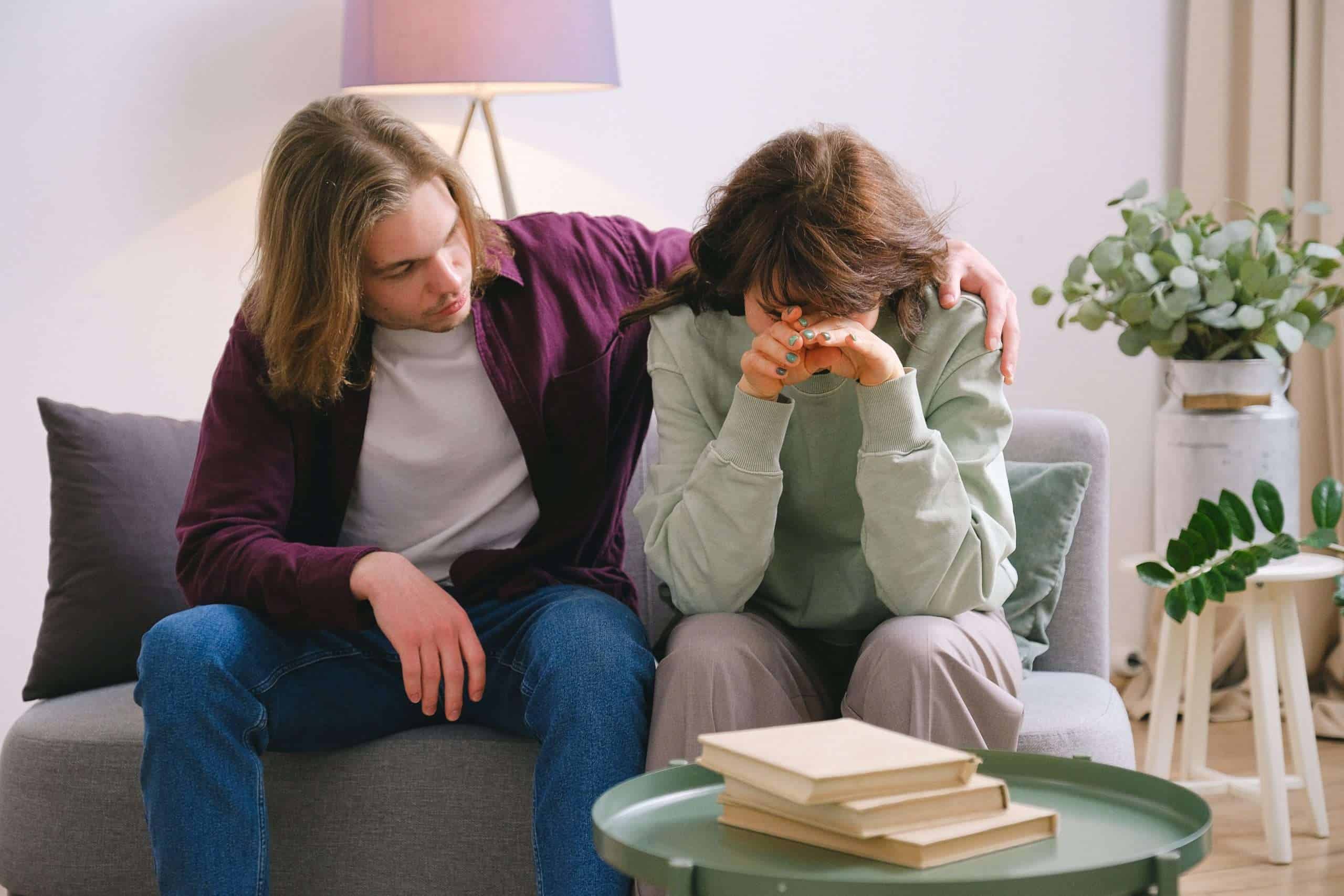 Nearly 16,000 borrowers will receive $415 million in borrower defense to repayment discharges following the approval of four new findings and the continued review of claims. This includes approximately 1,800 former DeVry University (DeVry) students who will receive approximately $71.7 million in full borrower defense discharges after the U.S. Department of Education (Department) determined that the institution made widespread substantial misrepresentations about its job placement rates. These are the first approved borrower defense claims associated with a currently operating institution, and the Department will seek to recoup the cost of the discharges from DeVry. The Department anticipates that the number of approved claims related to DeVry will increase as it continues reviewing pending applications.

In addition to the DeVry findings, the Department is announcing several other actions that will provide an additional approximately $343.7 million in borrower defense discharges to almost 14,000 borrowers. This includes new findings related to Westwood College and the nursing program at ITT Technical Institute, as well as recent findings about the criminal justice programs at Minnesota School of Business/Globe University and another $284.5 million in discharges to over 11,900 students who attended institutions such as Corinthian Colleges and Marinello Schools of Beauty whose applications were reviewed after earlier announcements of relief.

“The Department remains committed to giving borrowers discharges when the evidence shows their college violated the law and standards,” said U.S. Secretary of Education Miguel Cardona. “Students count on their colleges to be truthful. Unfortunately, today’s findings show too many instances in which students were misled into loans at institutions or programs that could not deliver what they’d promised.”

Today’s actions bring the total amount of approved relief under borrower defense to repayment to approximately $2 billion for more than 107,000 borrowers.
“When colleges and career schools put their own interests ahead of students, we will not look the other way,” said Federal Student Aid Chief Operating Officer Richard Cordray. “We are grateful to have strong enforcement and oversight partners, such as the Federal Trade Commission and attorneys general in Colorado, Illinois, and New Mexico. These offices provided key evidence that played a significant role in reaching the findings announced today. Moving forward, we intend to expand our collaboration with federal and state partners to serve students.”

After a review of voluminous amounts of evidence, the Department found that from 2008 to 2015 DeVry repeatedly misled prospective students across the country with claims that 90 percent of DeVry graduates who actively seek employment obtained jobs in their field of study within six months of graduation. This claim was the foundation of a national advertising campaign called, “We Major in Careers” to brand DeVry as a “Career Placement University” where it used the 90 percent placement statistic as the way to convince prospective students to enroll.

In fact, the institution’s actual job placement rate was around 58 percent. The Department found that more than half of the jobs included in the claimed 90 percent placement rate were held by students who obtained them well before graduating from DeVry and often before they even enrolled. These jobs were not attributable to a DeVry education and their inclusion was contrary to the plain language of the 90 percent claim. Moreover, DeVry excluded from its calculation large numbers of graduates who were in fact actively looking for work simply because they did not conduct a search in the manner that the University’s Career Services department preferred.

The Department also found that senior DeVry officials knew of the problems with the 90 percent statistic for years, in part due to concerns about its accuracy raised by alumni.

To date, the Department has identified approximately 1,800 borrowers who will be eligible for approximately $71.7 million in discharges because they relied upon DeVry’s misrepresentation in deciding to enroll. The number of approvals is anticipated to grow as the Department reviews outstanding claims from former DeVry students. All borrowers with approved claims will receive full relief.

During this period of misrepresentation, DeVry was a publicly-traded company owned by DeVry Education Group Inc., which was later renamed Adtalem Global Education. Senior leaders at DeVry during this time included Daniel Hamburger, who served as President and CEO from 2002 through 2016 and David Pauldine, who served as the executive vice president and/or president of DeVry University from 2005 through 2014. Adtalem sold DeVry in 2018.

The Department has also found that from 2002 through its closure in 2015, Westwood College (Westwood) made widespread and substantial misrepresentations to students about their salary potential and likelihood of finding a job after graduating. Westwood made an “employment pledge” to students that they would find a job within six months of graduating or get help paying their bills, and admissions representatives made similar guarantees of employment. Westwood also claimed graduates would make salaries of $50,000 or more and had placement rates of 80 percent or higher. The Department has no evidence Westwood made good on its pledge. In fact, its job placement rates were grossly inflated, and its salary promises were based upon national federal data while actual Westwood graduates often made half or as little as one-fourth of those amounts.

The Department will approve full discharges of approximately $53.1 million for approximately 1,600 borrowers who submitted claims covered by these findings. The Department is also in the process of identifying cases that were previously denied but could be reopened and approved based upon this additional evidence.

This is the third finding against Westwood. In July 2021, the Department found that Westwood had also made widespread and substantial misrepresentations about the ability of students to transfer credits and that students in its criminal justice program in Illinois would be able to find jobs as police officers. Combined, the Department has now approved approximately 4,100 claims and approximately $130 million in discharges for students who attended Westwood.

Westwood College was owned by Alta College, Inc. (Alta), which was located in Colorado. In 2002, Alta was acquired by Housatonic Partners, a private equity firm located in California and Massachusetts. Major executives at Alta included co-founder Kirk Riedinger and George Burnett.

The Department also found that, from July 2007 through its 2016 closure, ITT Technical Institute (ITT) misled prospective students about the programmatic accreditation of its associate degree in nursing program. ITT falsely told students that its nursing program had or would shortly obtain necessary programmatic accreditation that played a significant role in a student’s ability to get a nursing job. However, the school repeatedly failed to obtain programmatic accreditation for years as the accreditors found that ITT failed to meet standards for job placement and licensure pass rates, had insufficient physical and fiscal resources, and unqualified faculty. As a result, the Department will approve full discharges of approximately $3.1 million for approximately 130 students.

This is the fourth finding against ITT Technical Institute following findings in 2021 that the school lied about employment prospects and the ability to transfer credits and a 2017 finding that ITT made false claims of guaranteed employment to California students. Combined, these findings have resulted in approximately $660 million in discharges for approximately 23,000 students.

ITT was a publicly traded company during this time. Its senior leadership included Kevin Modany, who served as CEO and President of ITT until 2014 and Eugene Feichtner who served as President and CEO from August 2014 until 2016.

The Department recently determined that borrowers who attended the criminal justice programs at the Minnesota School of Business (MSB) and/or Globe University (Globe) are entitled to full borrower defense discharges. The Minnesota Office of the Attorney General sued the schools, and, in September 2016, a Minnesota judge found that the schools committed fraud in telling students that the criminal justice programs at those schools would allow them to become a Minnesota police officer or parole/probation officer. However, those programs lacked the necessary accreditation and certifications making it impossible for graduates of those programs to obtain those positions with the state. As a result, the Department approved approximately $3 million in discharges for 270 students. The Department previously announced in January that it had approved discharges for 921 other students who have more than $23 million in outstanding loan balances. The Department has received $7 million as part of a 2021 bankruptcy settlement with the schools to help offset the cost of these discharges.

Once the Department reaches findings against an institution, it will continue to approve any applications it subsequently receives from borrowers who attended during the period of demonstrated misconduct and that raise allegations that are supported by the evidence we have reviewed. As part of those ongoing reviews, the Department has already identified another approximately $284.5 million in discharges for over 11,900 students who attended institutions such as Corinthian Colleges, where the Department previously issued findings.