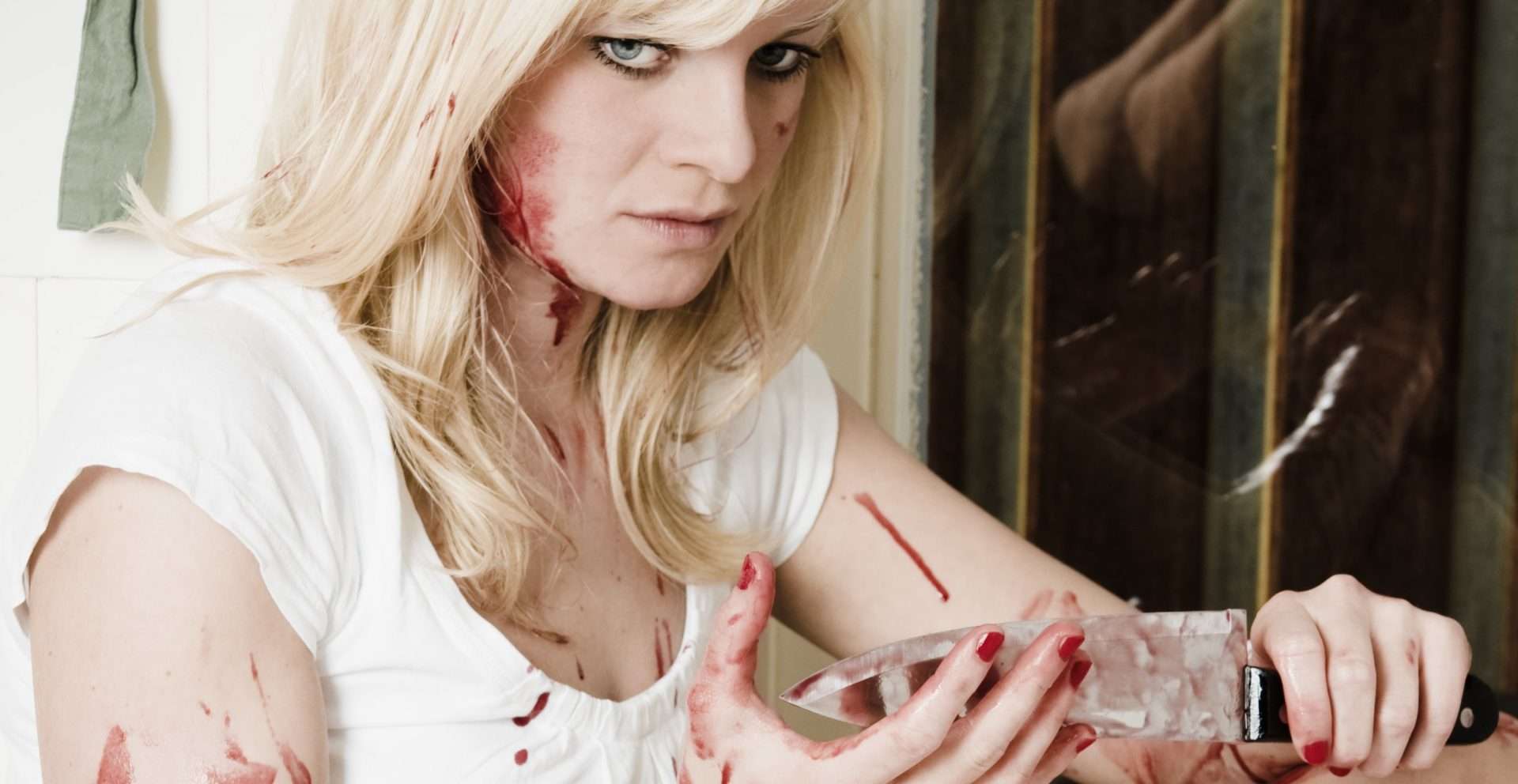 A tipster (send in your tips here) sent this to me in disgust over the usual DUI, DWI mugshots I post from time to time. They were getting bored with seeing the petty stuff, so they wanted to bring the case of two debt settlement lead vendors from 800 Exchange, where one killed the other.

Edward Shin, CEO, or shall I say, former CEO of 800 Exchange in California, has been charged with the murder of his partner and co-founder, Chris Smith.

Things were not always so rocky over at 800 Exchange. In fact, in October 2010, the company claimed they were the largest debt-settlement advertising providers and sponsored the Debt Settlement Leadership Conference at the Wynn Las Vegas Resort in Nevada.

“As one of the leaders in lead generation and brand advertising for debt-settlement companies, we are committed to lending our support to this conference and to providing the highest quality and most compliant advertisements to our clients,” says Edward Shin, co-founder, and CEO of The 800 Exchange.

Shin adds, “We work with some of the nation’s top advertising attorneys at Loeb & Loeb to ensure that we are sending the right message to the general public that debt settlement is a legitimate and effective alternative that allows clients to find freedom from economic hardship.” – Source

It wasn’t long ago that 800 Exchange was flying high in the debt relief world:

Today, The 800 Exchange is one of the nation’s most distinguished advertising firms for the debt settlement and debt management industries, generating thousands of leads daily. – Source

Back in happier times, the two described themselves like this:

Along with Chris Smith, Ed Shin co-founded the 800 Exchange with one goal in mind: To provide their clients with an advertising solution that would create the most cost-efficient and highest converting marketing campaigns. Fighting an uphill battle to penetrate a market heavily saturated with marketing companies that provided the run of the mill advertising in Direct Response media, Shin and Smith have now brought the 800 Exchange to become one of the largest suppliers of live inbound lead generation campaigns to various industries ranging from Health Care Insurance to Tax Debt Settlement. In only a matter of months, the 800 Exchange has taken lead generation by storm and now generates thousands of calls per day for its roster of clients, and only continues to grow by word of mouth due to their high quality, low-cost advertising.

As a Managing Partner, Shin is responsible for many of the 800 Exchange’s business development and executive operations. With a background in corporate finance, Shin also oversees many of the financial operations of the company. Having spent time with Merrill Lynch, Morgan Stanley, the Atlantis Discovery Partners, Cambridge Funding, and Hall of Fame Publishing, Shin’s broad expertise in start-up companies and entrepreneurship is one of the reasons why the 800 Exchange is so successful today.

Shin is married to his wife Karen and has 3 children, ranging from only a few months to 5 years. He currently resides in San Clemente, CA, where he also grew up. He enjoys playing golf, football, basketball, and softball and loves enjoying time with his family, anything sports, and the ocean, whether that involves surfing or swimming. [and allegedly murdering his business partner.]

Chris Smith, co-founder and Managing Partner of the 800 Exchange, is responsible for its innovative technology platform and its media operations. Smith also heads the creative team responsible for writing the scripts and producing the commercials on the air for our clients.

Smith is best known for his work as one of the pioneers in the voice lead marketplace for predominate lead exchanges online. Having helped develop many platforms and seeing innovations that were needed in the direct response industry, Smith teamed up with Shin to create what is now one of the largest live voice lead generation platforms in the nation. Smith also an extensive background as a co-founder in multiple paid search and SEO companies that has driven millions of organic search revenue per year for the major search engines.

Smith also works with his media team to ensure that the 800 Exchange is at the forefront of market research and providing the highest quality media for their clients. This level of expertise and dedication to perfecting the advertising experience for the 800 Exchange has translated into unprecedented success in a time where economic uncertainty has dominated the American business world.

Smith also enjoys all water sports. Having been a former professional wakeboarder, Smith now spends most of his time in the big pond, the Pacific Ocean, where he can surf the best waves that California has to offer. He also enjoys sky diving, road cycling and is a well-versed amateur astronomer.

Already Dead by the Conference

But by the time of the Debt Settlement Leadership Conference, it is alleged that Shin had already dispatched his partner, Chris Smith, in June 2010.

The summer before the conference, around the time lawsuit that named Shin and Smith was ending (LG Technologies v. Shin), it is alleged that Shin, using Smith’s email account, began sending out emails about how Smith was embarking on a great African Safari. By December, the world traveler emails stopped suddenly, and Smith’s family became concerned. Where was Chris?

The lawsuit ended with Shin being convicted in Riverside County Superior Court of embezzling money from a prior lead generation company he was a management employee of. A judge ordered Shin to pay $700,000 in restitution. Authorities say that prior to the ficticious international trips, Shin had murdered Smith in the office of 800 Exchange.

Kenny Kraft (left) was also charged as an accessory in the murder. Reports state that Shin, with Kraft’s help, murdered Smith over money and then went to great lengths to cover it up.

Kraft, Shin’s personal assistant, is charged with getting rid of Smith’s 2009 Range Rover and personal belongings.

Shin apparently killed Smith to get control over Smith’s shares in the company. Rather than pay Smith the $1 million agreed upon for Smith moving on and leaving the company, Shin decided it was just cheaper to put Smith six feet under.

Apparently, Shin has not watched enough cop shows on television. Despite his attempts to have the blood cleaned from the 800 Exchange offices and the walls painted, forensic technicians could find traces of Smith’s bodily fluids. Well, after all, it is reported there was a “fair amount of blood” in the office. Shin sits in his murder suite office at 800 Exchange

According to Shin’s Twitter feed, he was a happy member of Saddleback Church.

As a Saddleback Church member in Lake Forest, California, I am actively involved in the church’s philanthropy effort PEACE, which stands for: Promote reconciliation, Equip servant leaders, Assist the poor, Care for the Sick, and Educate the Next Generation. A multifaceted effort, PEACE strives to embody the attitudes of Jesus Christ through efforts across the world. – Source

It seems Shin left out, “and murder my business partner and then lie to his family so I can coverup his murder so I can get his money.”

Police arrested Shin after he boarded a flight from LAX to Canada. After his arrest and an interview by the police, Shin coughed up a lead; he murdered Smith.

Chris Smith and Edward Shin allegedly met while LeadPoint employed Smith. LeadPoint, aka LG Technologies, is the company that sued Shin and Smith for forming a competing lead generation business.

Shin served as the President of LG Technologies while at the same time funneling $1 million from LG to his secret lead generation company, LPS. Charged with taking money, Shin was also allegedly taking leads as well. The lawsuit ensued.

Eventually, Shin pled guilty and settled the lawsuit. Smith and others were dismissed from the suit as part of the settlement.

According to the Orange County District Attorney, Tony Rackauckas, Shin faces the death penny, “This is, it`s a murder for financial gain, and we`ve filed it that way, and of course, that`s a special circumstance that gives rise to the possibility of a death penalty. And we`ll see down the road, we`ll institute some procedures to determine whether we decide to seek a death penalty or not. It`s either life without possibility of parole or death penalty in this case.” – Source

And to top it all off, apparently, 800 Exchange was a proud vendor member of TASC.