Thomas Gibson and Michael McDonald once operated one of the largest cattle brokerage businesses in the United States. Their company, Eastern Livestock Company, is now bankrupt but when it was in it’s prime they would process cattle sales and operate branch facilities in eleven states. The business came to a close on November 2, 2010.

Turns out it’s a good thing the company came to a fault because it’s now being alleged that between August 9, 2004 and November 2, 2010, the defendants devised a scheme to intentionally cause the deposit of billions of dollars worth of checks issued from various bank accounts, in amounts that exceeded available balances in those accounts, in order to artificially inflate balances in Eastern Livestock’s Cash Collateral account.

Eastern Livestock made daily deposits into their Cash Collateral Account from payments received from its daily sale of cattle. The amount of money that the company deposited into its Cash Collateral account affected the amount of funds that Fifth Third Bank would release from Eastern Livestock’s $32 million line of credit. According to the Indictment, the defendants’ purpose in engaging in this check-kiting scheme was to induce Fifth Third Bank, through fraud and deceit, to continue the release of funds to Eastern Livestock under the company’s line of credit with the bank. 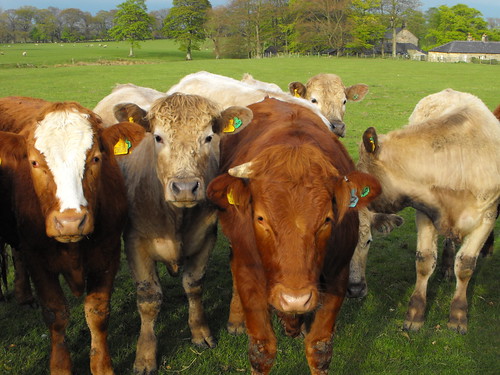 The line of credit with Fifth Third Bank expired on October 15, 2010, though the indictment alleges that the defendants continued the execution of the check-kiting scheme against Fifth Third Bank after the line of credit was discontinued by causing deposits of millions of dollars worth of checks, issued from various bank accounts, in amounts which exceeded available balances, into one of Eastern Livestock’s operating accounts maintained by the company with Fifth Third Bank, thereby artificially inflating balances in the affected accounts. The Indictment also asserts that during this timeframe the defendants issued millions of dollars in worthless checks, from this same operating account, causing a financial loss to Fifth Third Bank and hundreds of Eastern Livestock customers, after the worthless checks were dishonored.

The two men could face up to 30 years in prison, a fine of $1 million and a 5 years supervised release period after prison time has been served.