At the request of the Federal Trade Commission, a U.S. district court has frozen the assets of a telemarketing operation that allegedly charged consumers hundreds of dollars based on bogus promises to either provide them with low-interest credit or refund their money. The court also has ordered the illegal conduct to stop while the FTC moves forward with the case.

As part of its continuing crackdown on scams that target consumers in financial distress, the Federal Trade Commission alleged in its complaint that Eric C. Synstad and the Phoenix, Arizona-area company he controls, Premier Nationwide Corporation, falsely promised they would provide refunds if they could not significantly reduce consumers’ debt. The defendants allegedly claimed they would either secure a new, low interest credit card or reduce the interest rates on current credit cards.

The company operated a website at premiersavings.com where they marketed their credit card debt relief operation. 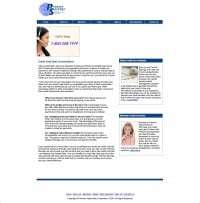 The defendants violated both the Federal Trade Commission Act and the Telemarketing Sales Rule, according to the complaint. Changes made to the Rule in 2010 prohibit companies that sell debt relief services over the telephone from charging fees before achieving the promised results.

Cold-calling consumers, the defendants allegedly said they would consolidate debts on a new credit card with an interest rate as low as 9 percent, or work with a consumer’s existing credit card issuers to lower monthly payments and interest rates – in exchange for an up-front fee that typically ranged from $149 to $599. The defendants claimed the fee would quickly be offset by the savings achieved from services they provided, and promised that if they could not significantly reduce consumers’ debt, they would provide full refunds, minus a 20 percent “processing fee,” according to the complaint.

The FTC alleges that in contrast to what the defendants promised, consumers who signed up for the credit card debt consolidation service were merely given a list of banks and told to apply for low-interest credit cards on their own. Those who signed up for the interest rate reduction were told they would have to pay an additional monthly fee to a different company that would work to obtain reduced monthly payments and interest rates. Also, in numerous cases, consumers who sought the promised refund were denied. – Source

Looking at the site of Premier Savings, a consumer would certainly get the impression they were a standard debt relief operation. The company makes a number of claims that sound familiar.

Premier Savings is a nationwide leader in helping consumers to get out from underneath the credit card debts that they have accumulated at a high interest rate. Premier Nationwide Corp. was incorporated in April 1997 just as consumer credit card debt was on the rise. It was also during this time that the financial derailment of American families, as a result of credit card debt, was also on the rise.

Both our Low Interest Rate Credit Card Referral Program & our Signature Rapid Payoff Plan provide American Families with much needed relief from unsecured debts. We offer the only solution available to consumers that does not involve Consumer Credit Counseling, Debt Settlement or Negotiation, or taking out a home equity loan. Over the past 10 years, Premier Savings has helped thousands of American Consumers to become debt free. We provide our customers a true roadmap that will get them out of debt with three guarantees. First, the consumer will be able to pay off all debts within a fraction of the normal time; second, they will pay significantly less interest to their creditors; lastly, at the end of the program they will have money to regulary invest in a retirement savings plan. – Source

Interestingly they also claim to have an affiliated partner: