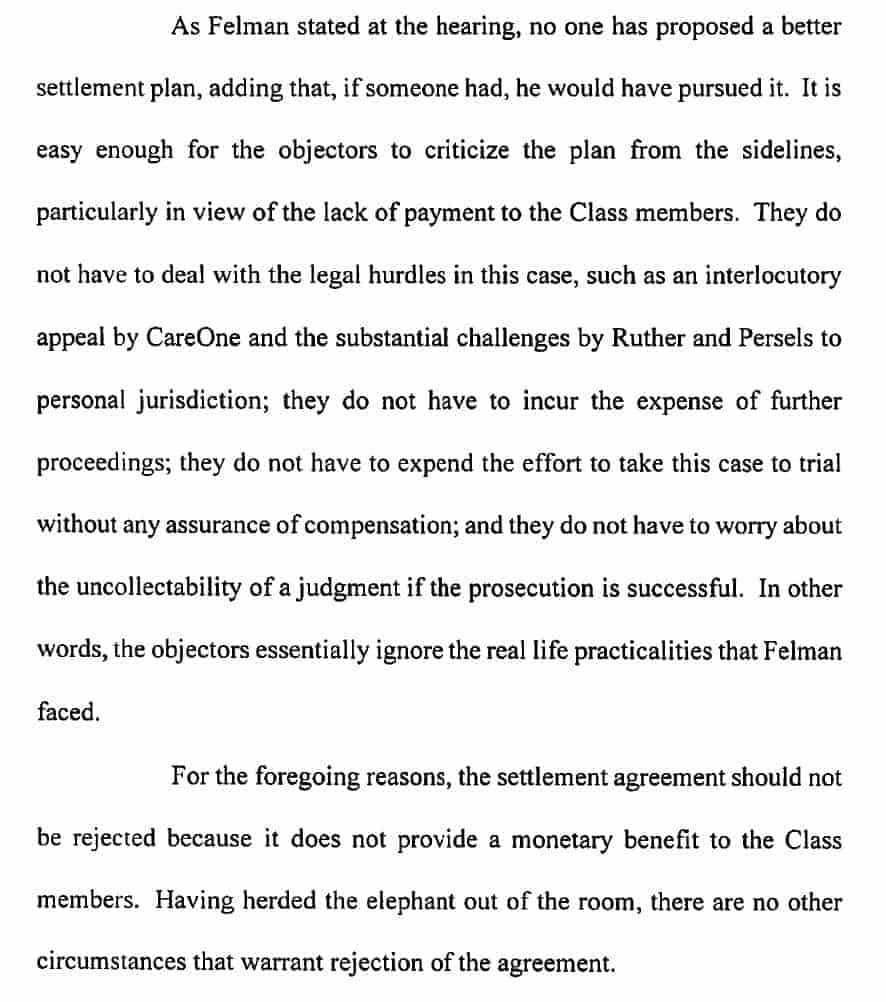 The settlement offer had been heralded as a disservice to consumers by Public Citizen in their filing against it. They said:

The proposed settlement provides benefits to defendants (a broad release from any liability to the 125,000 class members who paid substantial sums for debt settlement services), class counsel (attorney fees of up to $300,000), the representative plaintiff (an incentive payment of $5,000), and a research institute with no connections to the interests of the class or the objectives of this case (a cy press distribution of $100,000). But it provides absolutely no benefit to the class. A settlement that forces class members to surrender all of their claims in exchange for no consideration is not “fair, reasonable and adequate” as required by Federal Rule of Civil Procedure 23(e)(2). The Court should deny final approval. – Source

Instead, what the court stated was “the proposed settlement is not the product of fraud or collusion, and that it is fair, reasonable, and adequate resolution under the circumstances of this case.” – Source

Again, according to court documents, the final settlement is stated as being pushed forward by Class representative Miranda Day and some other defendants. “These parties argue that the settlement is fair, reasonable, and adequate…”

Others besides Public Citizen opposed the settlement including the Attorney General’s of Connecticut, Florida, Maine, West Virginia, New York, and Oregon.

Attorney James Felman for the Class of consumers is reported to have noted that although the settlement is not ideal because it fails to get money back into the hands of the Class members, it does hold the defendants accountable for their actions by providing some relief.

Felman went on to state that even if they did win money for the Class there was uncertainty in collecting any judgment since his investigation revealed the defendants are facing “financial hardship.” 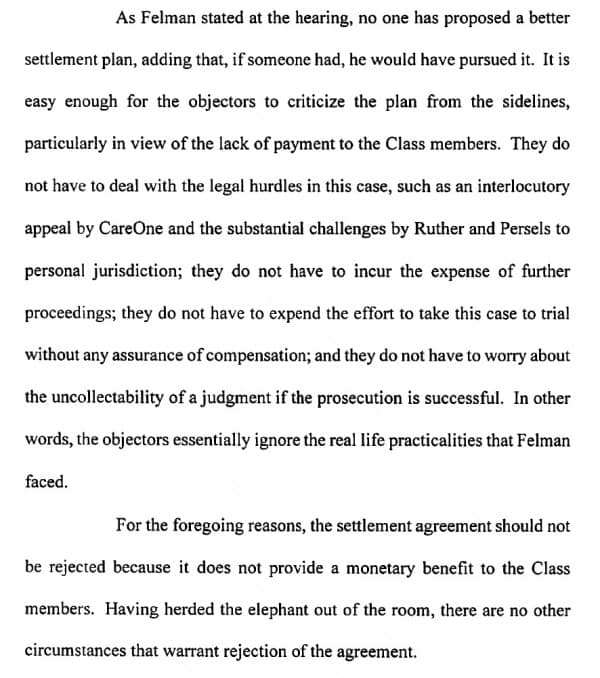 In the end, only one consumer, Miranda Day received $5,000. All other consumers received nothing. The court noted that distributing the $100,000 charitable distribution to the 125,000 Class members made it impractical and not feasible.

But thank goodness we got the elephant out of the room.