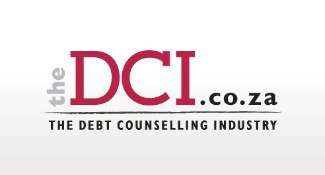 Now here is something you’d never see in the United States or England, debt relief major players fighting back hard against the creditors trying to take control of how consumers are served and to fight collectively against creditor control over the process.

Enjoy the statement on recent activity below.

“The Debt Counselling Industry has united on all fronts to back the NCR’s intention to withdraw the codes and recognition from the NDMA, DCASA, PDASA and the Credit Ombud” says DCI founder Deborah Solomon.

Industry associations and activists which include the Alliance of Professional Debt Counsellors (AllProDC), the Black Debt Counsellors Forum (BDCF), New Era’s Debt Counselling Union (DCU) and the Debt Counselling Industry portal (the DCI), have united in support of the NCR and their findings. Furthermore, we unite in working together to ensure that the banks start to act in good faith and in terms of the law.

It is the first time in years that the real voice of the industry is starting to be heard and to which the NCR has reacted upon.

“Under new management, the NCR is seen to be reclaiming its statutory responsibilities, which includes keeping all interested parties such as debt counsellors, credit providers and consumers at arm’s length and to re-instate its jurisdiction over the debt review process and credit industry” say the All Pro DC.

For years this industry has been manipulated by certain Association’s and Bodies who have only looked after their own personal interests .The BDCF states, “we place on record that the negative publicity is a deliberate attempt to undermine legislative gains of our parliamentary system and negative publicity jeopardizes the opportunities and legal rights of the consumer to the detriment of the South African economy.”

See also  It All Started When My Husband Lost His Job in South Africa in 1999. - Maria

“It is the opinion of the Debt Counselling Union that several sweeping statements have been made by DCASA, the NDMA and the press that are neither justified, nor substantiated.”

We all concur that interested parties were not consumer driven but rather driven by money and power. They have attempted to deliberately mislead and hoodwink the public through misrepresentation in the press and have given deceptive information in an attempt to muddy the waters of the debt counselling industry.

These interested parties held Gala Lunches in Cape Town, Durban and Gauteng whereby their attempt to entice a handful of reporters with false and misleading information has now led to the recent blasts of false reports. Certain reporters seem to be unusually influenced by the parties in question. They have failed to report objectively and have failed to correct mistakes that have been brought to their attention for many months. It seems as though this has been a deliberate smear campaign against the NCR, their findings and any activists who have stood up against BASA, the NDMA or DCASA’s tactics.

The BDCF notes “with disappointment the lack of impartiality the media orchestrates in support of shooting down successful legislation such as the NCA and that negative reporting is tantamount to irresponsible journalism.”

“It is the opinion of the DCU that the NCR made the correct decision with regard to the codes.”

“Credit providers would best serve their interests by adhering to the NCA instead of holding themselves to be above the law” says the All Pro DC.

Solomon agrees by stating that “five years on, the banks have only ever window dressed the debt counselling process and are still yet to embrace the idea and the law.”

Collectively, we are now the voice of this industry and represent more than 85% of all practising Debt Counsellor’s.

See also  I lost My Job in Dubai and I'm Now in South Africa With Debt. - Vaalseun

Our joint recommendation, on the alternative solution that these interested parties seek, would be to get the banks to start respecting, applying and abiding by the law. This simple first step would solve at least 80% of all industry problems.