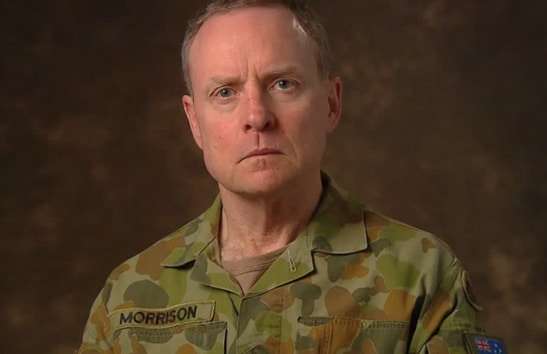 Now that some clear leadership from the Australia’s Chief of Army Lieutenant General David Morrison about people in the Australian Army that would demean women.

I’d love to see a similar message from the U.S. military on the issue of military sexual abuse and rape.

Maybe we can get this guy to drop by the Pentagon and share his message with the U.S. military. He’s one BAMF.

“Those who think that it is OK to behave in a way that demeans or exploits their colleagues have no place in this army.”

“If that does not suit you, then get out. You may find another employer where your attitude is accepted, but I doubt it.”

Apparently some Australian officers allegedly videoed themselves having sex with women including members of the Australian military and then distributed those videos to military personnel.

You are not alone. I'm here to help. There is no need to suffer in silence. We can get through this. Tomorrow can be better than today. Don't give up.
Steve Rhode
Steve Rhode is the Get Out of Debt Guy and has been helping good people with bad debt problems since 1994. You can learn more about Steve, here.
Latest posts by Steve Rhode (see all)

See also  Will My Debt Hurt My Australian Visa Application?