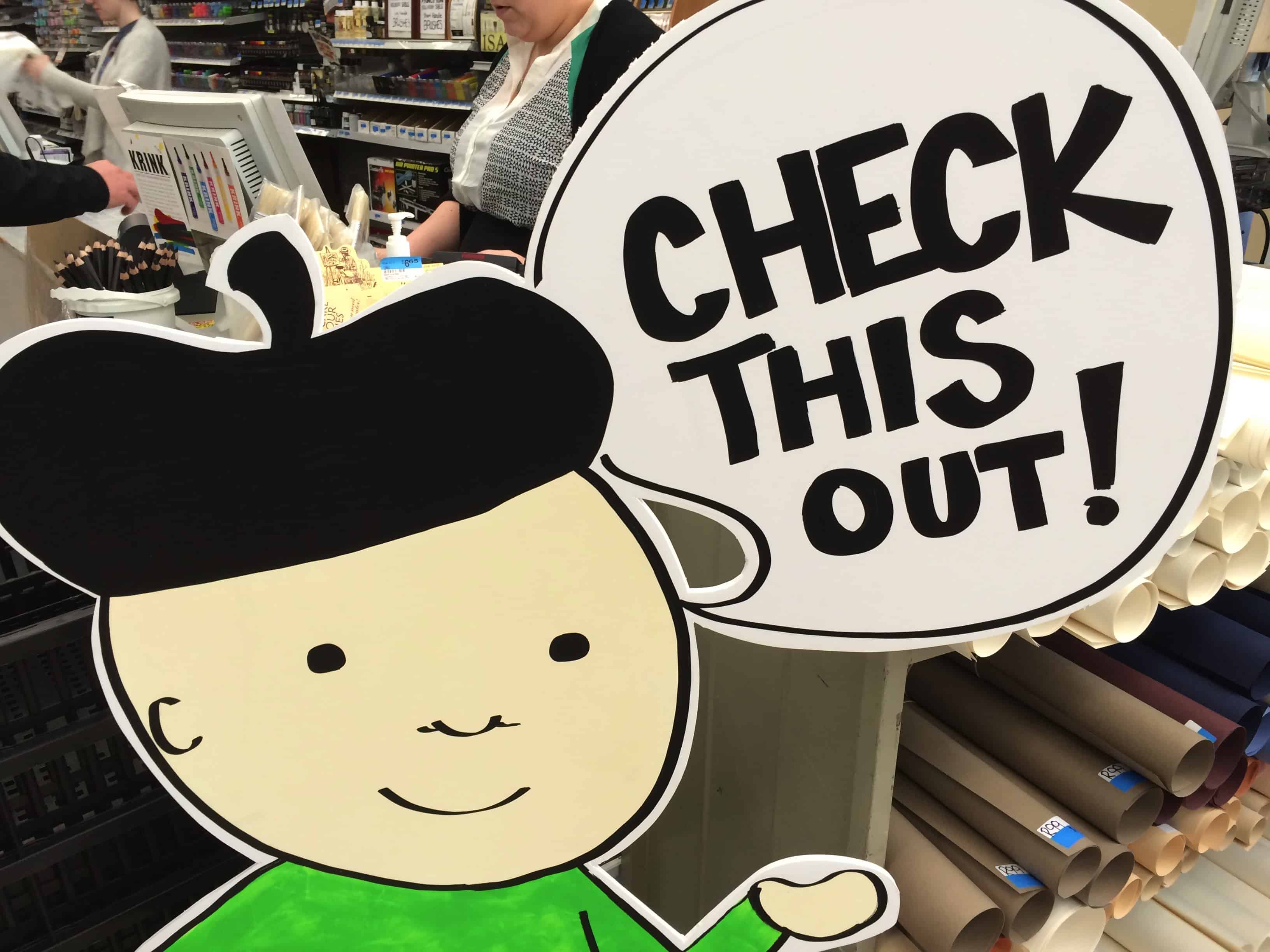 On Jun 24, 2015, Michael Abney became a student loan hero when he filed his own adversary proceeding with the United States Bankruptcy Court of the Western District of Missouri.

When I say he became a hero it’s because his case is just another step forward in providing some semblance of hope and logic for people impossibly buried under a mountain and a half of student loans.

The judge in this case decided that Abney’s federal student loans should be discharged tax free in bankruptcy, giving him a chance in the future to save for retirement and be able to live something of a better life.

In deciding if the loans were discharged, the judge looked at the totality of the circumstances the debtor was facing and was just as critical as I have been of income based repayment programs that the Department of Education says can help everyone.

I continue to stand behind my article “Why Income Based Student Loan Payments Can Be a Terrible Trap” and the judge in this case does an exceptional job of explaining why they can be deadly.

Abney is a truck driver who is maximizing his earning potential. The public records summarize his situation by saying, “The Debtor (who [represented himself]) is forty years old and is unmarried. He is currently employed as a delivery driver, but at times in the past, he has worked as an over-the-road truck driver. He currently earns gross regular income of $2,420 per month, plus overtime in the approximate amount of $643 per month, for a total gross monthly income of approximately $3,063 per month. After payroll deductions for taxes, a modest retirement contribution, insurance, and child support, discussed below, his net take-home pay is approximately $1,183. The Debtor testified that, due to Department of Transportation limitations on hours of service, he is unable to earn any more than what he is currently earning with the overtime, even if he took a second driving job. He also testified without contradiction that he has no job skills other than as a driver. He testified he had made more money as an over-the-road truck driver, but that his expenses were also higher then. In addition, the Debtor’s ex-wife testified that some of the litigation concerning visitation with his son, discussed more fully below, was premised on the Debtor’s being out on the road. The implication was that driving on-the-road adversely affects the Debtor’s visitation privileges. The Debtor currently makes a voluntary contribution of $62 per month toward a retirement plan through his employer, but has only saved about $540 in a 401k. He has no other retirement savings.”

Chief Bankruptcy Judge Arthur Federman was extremely dismissive of the Department of Education position that Abney’s loans should not be discharged because they have an income based repayment program in place to give him a $0 monthly payment.

Judge Federman noted in his opinion that Income Based Repayment Programs (IBRP) are not the magic answer to federal student loan debt. It still blows my mind that so many think an IBRP is always the right answer.

See also  You Should Die Before You Pay Off Your Student Loans: Estate Planning for Elderly Student-Loan Debtors

This next section is worth reading closely. Here is what Judge Federman said about this case, “In determining how much weight to give to eligibility for IBRP, a court, contrary to the Department’s position, must be mindful of both the likelihood of a debtor making significant payments under the IBRP, and also of the additional hardships which may be imposed by these programs. As stated, interest and other charges would continue to accrue while the Debtor participated in IBRP, meaning that the total debt would be increasing. The overhang of such debt could well impact not only the Debtor’s access to credit over the 25-year IBRP period, but could also affect future employment opportunities and access to housing. And, decades of mounting indebtedness, even with a zero or minimal payment amount, can impose a substantial emotional burden as well. Indeed, in the Debtor’s case, the evidence showed that he has already suffered emotionally from his ongoing debt struggles and was in fact hospitalized in part because of it. Furthermore, borrowers who default while in an IBRP program lose eligibility. For someone with the Debtor’s income, and of his age, an inability to make one month’s payment over a 25-year year period is highly likely, given the possibility of medical conditions leading to additional expenses and loss of income, as well as other short-term financial emergencies encountered by those with nothing to fall back on.

And, even if the Debtor were able to navigate the 25-year program without a misstep, he could well then be faced with a significant tax debt when the debt is forgiven. To explain, discharge of a debt in bankruptcy is not itself a taxable event. However, forgiveness of a student loan at the end of the IBRP period is taxable in the same way as forgiveness of any other debt outside bankruptcy. That is, to the extent a debtor’s assets exceed liabilities after the forgiveness, the forgiven debt is taxable income. Thus, if the Debtor were able over the next 25 years to timely pay his IBRP payments, as well as pay his child support and other expenses, and to somehow accumulate reserves to fall back on for retirement or otherwise, he would then be rewarded with a tax bill based on the amount of principal, interest and other charges owed to the Department at the time of forgiveness, when the Debtor is likely to be at least 65 years old. In contrast, discharge of his student loans in bankruptcy would give the Debtor the opportunity to use his fresh start to support his children and improve his financial situation before he is too old to do so. While “the mere possibility of tax consequences at the expiration of the 25-year repayment period is not dispositive of the issue of whether the [IBRP] represents a viable avenue for repayment of the student loan debt,” it is a factor which may and should be considered based on the facts of a particular case.

See, e.g., Marshall v. Student Loan Corp. (In re Marshall), 430 B.R. 809, 815 (Bankr. S.D. Ohio 2010) (“At the end of the 25–year repayment period, if the debt is cancelled, there are tax consequences for the Debtor. The Debtor would be 81 years old at the end of the 25–year repayment period, and likely still on a fixed income. The tax consequences for someone in that position could be devastating. The existence of the IBR cannot obliterate the Code’s policy of a fresh start.” (citations and internal quotation marks omitted)); In re Todd, 473 B.R. 676, 695 n.

(Bankr. D. Md. 2012) (“Participation in the [IBRP] could also have serious tax consequences for Ms. Todd that would negate the program’s superficial solution.”);

In re Durrani, 311 B.R. 496, 508 (Bankr. N.D. Ill. 2004) (holding that the court must consider the considerable tax burden that will be borne by a debtor if he participates in the IBRP and further noting that the tax due at the end of the IBRP “exchange[s] one huge nondischargeable debt for educational loans for another in the form of nondischargeable income taxes”)

Here, because of the Debtor’s age, as well as the physical requirements of his job, it is likely that he will be retired, or close to it, when the 25-year IBRP term is completed. At that point, assuming he has fulfilled his child support and student loan obligations, he would either be left with no assets for extraordinary expenses of his later years, or a tax bill to the extent he has accumulated any such assets. Either way, given his limited ability to earn additional income, repayment of the loans would effectively bar the Debtor from putting away anything meaningful for his later years.

Against these additional hardships from participation in IBRP, a court should consider the reasonable prospect that the borrower will be able to make “significant” payments while in the program.33 If, based on a borrower’s education and earning potential, a court is able to conclude that there is a reasonable prospect of an upswing in income sufficient to make significant payments under IBRP, or if the inability to pay is a temporary one,34 or if the debtor’s reduced income is due to lifestyle choices,35 the burdens imposed by participation in IBRP may well be justified. As with all elements of the undue hardship analysis, the debtor has the burden of showing that there is not a reasonable prospect of a significant change in his financial situation.”

In the end, Judge Federman determined that the IBRP offer by the Department of Education was not reasonable and he allow the federal student loan debt of Abney to be eliminated through bankruptcy. Finally, some more judicial commonsense. Thank you Judge Federman.

If you want to read the entire opinion in this case, click here.