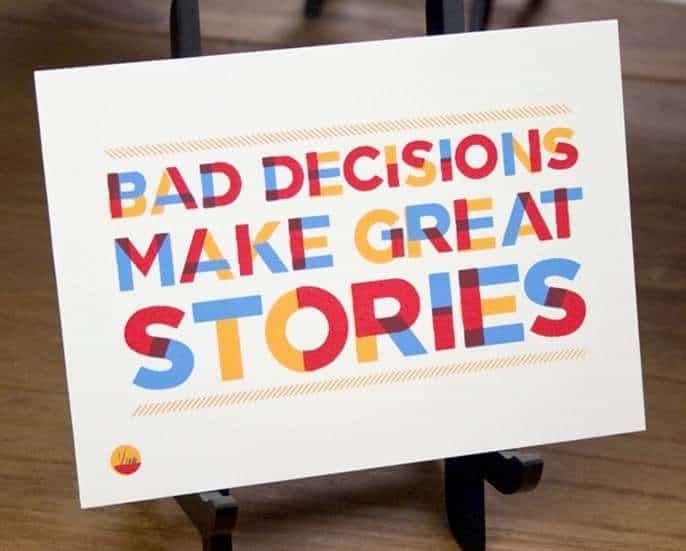 Tim McCallan was a major player in the debt relief world. To catch up, read these. McCallan played a role in now defunct and legally challenged enterprises like Allegro Law, Ameridebt and Hess Kennedy. This is a good review article. See The Saga of How the Mighty Fall in Debt Relief – Tim McCallan Bankruptcy.

I think it can be said that McCallan has played a role in the debt relief world since the early 1990s. McCallan has even done a bit of jail time over his issues.

But as his enterprise was unfortunately changing and opportunities were not as rosy in the debt relief world, McCallan relocated to Florida and then filed for bankruptcy protection.

While McCallan filed for bankruptcy protection in Florida, the bankruptcy trustee in Alabama was having none of that. In Alabama the bankruptcy case involving Allegro Law is ongoing and the trustee took action to drag McCallan out of Florida and into Alabama where McCallan’s assets are less protected.

The Alabama bankruptcy trustee said, “First, McCallan filed his bankruptcy proceeding in Florida in bad faith in an effort to shield himself from being held in contempt for refusing to comply with this Court’s orders. Second, McCallan moved from New York to Florida, and then filed his bankruptcy case in Florida, in order to take advantage of Florida’s unlimited homestead exemption in an attempt to shield a substantial portion of his assets.”

The court documents filed by the trustee state, “Allegro, by far McCallan’s largest creditor (99.65%), is located in the Middle District of Alabama. The Fritz Law Firm, LLC, also located in this district, is another creditor. All of the other creditors except one are from states other than Florida or Alabama and are not materially affected by any transfer. Debtor Allegro Law is located in this district. McCallan’s only connection to Florida is that he moved there after the trial in the Allegro adversary proceeding in order to improperly attempt to take advantage of that state’s unlimited homestead exemption, and he filed his bankruptcy petition there in an effort to continue to disobey this Court’s orders. While McCallan has some assets in Florida, many assets are in accounts and trusts elsewhere inside and outside of the United States.” – Source

As an aside, this little tidbit caught my eye in McCallan’s bankruptcy filing.

It seems the bankruptcy judge in the Florida bankruptcy filing felt the transfer of McCallan’s case to Alabama was reasonable.

See also  QuiBids.com Penny Auction Site Investigation. Is It a Scam or a Scheme? Why So Many Complaints?

“Allegro Law, LLC filed a petition in bankruptcy pursuant to Chapter 7 on March 12, 2010. On the same day an affiliated corporation, Allegro Financial Services, LLC, also filed a petition in bankruptcy. (Case No. 10-30630, Doc. 1). These cases are among the largest and most complex filed in the history of this Court. On February 15, 2011, Trustee Wilkins filed an Adversary Proceeding against Defendants Timothy McCallan, Americorp, Inc., and Seton, Inc. On February 16, 2016, this Court entered judgment against McCallan in the amount of $102,949,220.72, after finding that McCallan and his affiliates siphoned off nearly every dollar paid into his fraudulent debt management and debt settlement scheme by unsuspecting victims. The Court entered a 54-page Memorandum Decision on the same date. The undersigned estimates that he has spent more than 1,000 hours total on this Adversary Proceedings—including lengthy discovery motions and hearings—and the two related Chapter 7 cases of Allegro Law and Allegro Financial Services. Similarly, the Trustee and her lawyers have no doubt spent thousands of hours on these related matters.

Based upon findings of fact made in Adversary Proceeding 11-3007, the Court finds here that McCallan, Allegro Law, and Allegro Financial Services are affiliates within the meaning of 11 U.S.C. § 101(2), as McCallan controlled both entities. At the March 27th hearing, McCallan conceded this fact.

In contrast to the seven years of protracted and complex litigation here, McCallan filed his Chapter 7 case in the Middle District of Florida on November 18, 2016. The Docket in that case shows only about 57 docket entries, with nothing of any apparent complexity. It is apparent that only a tiny fraction of the total proceedings have taken place in the Middle District of Florida. Moreover, given the nature of these proceedings, the complex factual setting, McCallan’s propensity to misrepresent facts and hide assets and records, it is advisable to consolidate all related proceedings in one court.”

“The Court finds that the interest of justice is best served by a transfer of McCallan’s case to the Middle District of Alabama. This Court and the Trustee in this District have invested an extraordinary amount of time in these related cases. Virtually all of McCallan’s indebtedness arises out of Adversary Proceeding 11-3007, which was litigated in this Court. This Court and the Trustee have spent many hundreds of hours learning about McCallan’s business practices. It is a tremendous waste to call upon the Judge and the Trustee in the Middle District of Florida to learn all of this. Based upon the testimony at the March 27th hearing and evidence heard by the Court at any number of previous hearings, witnesses and documents are scattered throughout the United States. However, much of this has now been marshaled by the Trustee here in the Middle District of Alabama.

Moreover, McCallan transferred the bulk of his business operations from Florida to Alabama in 2008 and 2009, in response to actions taken by the Florida Bar and the Florida Secretary of State, which had the effect of shutting down the bulk of McCallan’s business operations. Having been run out of Florida to Alabama, one step ahead of the law, McCallan cannot now justly complain that he is forced to litigate here, as opposed to Florida. One may not dance back and forth across state lines in an effort to frustrate creditors and yet complain about justice and convenience.” – Source

In the Alabama bankruptcy case of Allegro Law there have been 5,623 documents filed so far. It’s been going on since 2010.

McCallan’s attorney even worries Tim McCallan may be jailed or made homeless, “If Mr. McCallan’s Chapter 7 case is transferred to this Court it is presumed that the Alabama Trustee will continue to insist that Mr. McCallan has not been forthright and will continue its quest to have him jailed no matter what he says or does.” and “Through the objection to the exemptions, the Alabama Trustee is attempting to take away the Debtors homestead and render his wife and two teenage children homeless and this venue motion would require the debtor to defend such: (a) hours away from his home; (b) without the counsel of his choosing; and (c) determined in a venue unfamiliar with the laws that determine whether his family will be left homeless. How can such factors be in the interest of justice?”