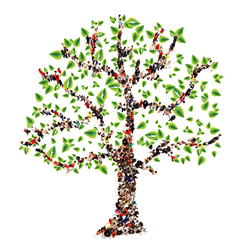 I am an owner of some plots at Sanctuary Belize

Am I likely to be allowed to keep the plots that I have paid for or was the whole thing a scam?

It is amazing how a question so simple can be so complicated to answer.

For those unaware, here are the past posts on Sanctuary Belize.

The honest answer at this point seems to be hopefull you will be able to keep them. The Court Receiver said in a recent report, “The Temporary Receiver has preliminarily determined that 191 lots have been sold more than one time. These 191 lots were sold to 423 buyers. One lot was sold 5 times, 4 lots were sold 4 times, 30 lots were sold 3 times, and 156 lots were sold 2 times.

The only way to get an idea if you are the clear holder of the lots would be to contact a real estate attorney in Belize who could research the title for you.

The Receiver report lists another example of someone who ran into troubles with their lots.

The report says, “Litigation File III – The plaintiff purchased two lots for $489,300 and $168,750 and his down payment and monthly lot payments totaled $277,156. In November 2016, the plaintiff decided to pay off both lots by paying one final lump sum payment. The plaintiff hired a local attorney in Belize to help facilitate the transfer of title. The plaintiff states that his attorney in Belize advised him that the seller, Sittee River Wildlife Reserve, did not hold title to the lots they were purportedly selling to him. In January 2017, the lot owner complained that the seller was not able to provide clear title to his two lots and threatened to terminate the Memorandum of Sale. Shortly thereafter, the Receivership Entities instructed their attorney to issue a Final Notice of Default for both lots and served the notices on the lot owner on April 10, 2017. On June 6, 2017, the attorney for the lot owner sent a letter titled, “Final Demand Before Legal Action,” and demanded a refund in the amount of $277,156. The Receivership Entities refused to return the funds to the lot owner. Thereafter, counsel for the lot owner filed suit in the Orange County Superior Court in California. In response to the suit, the Receivership Entities filed a motion to dismiss and asked the Court to honor the forum selection clause in the Memorandum of Sale and dismiss the suit or refer it to Belize for mandatory arbitration. The lawsuit was ordered dismissed without prejudice on March 29, 2018 pursuant to a motion to dismiss. It is now on appeal in the California Fourth Appellate District, Division Three. The appellate court has been notified of the stay pursuant to the TRO.”

2 thoughts on “Will I be Able to Keep My Sanctuary Belize Lots I Paid For?”