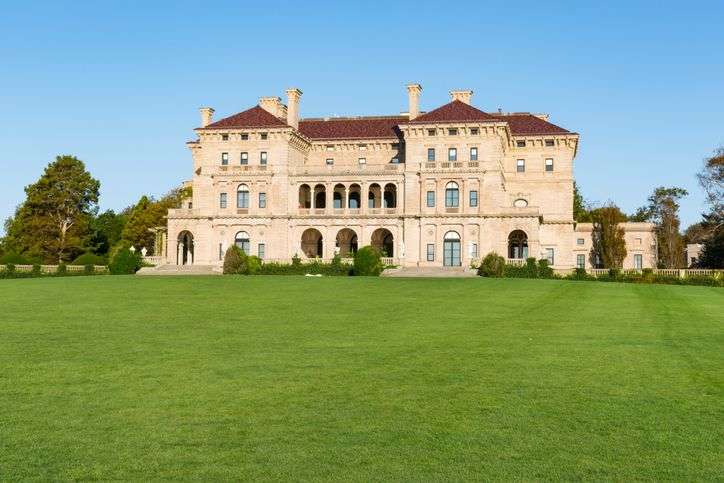 The Federal Trade Commission and the Utah Division of Consumer Protection sued Nudge, LLC and affiliated companies, alleging that they make empty promises about earning money by “flipping” houses, to convince consumers to buy real estate training packages that cost thousands of dollars. In a filing today, the FTC and the Utah Division of Consumer Protection requested that a court prohibit Nudge and its affiliates (Nudge) from selling the packages.

Mailer shows Dean Graziosi, who is not a named defendant in this case, ‘author and millionaire mentor’ and DVD set. Text: Welcome to Private Sales: Insider’s Financial! Learn how to buy properties for as low as pennies on the dollar! This is a private pre-auction real estate event. Congratulations! Your VIP reservation to the Insider’s Edge pre-auction event has been officially confirmed by the event sponsor. We look forward to seeing you… Dean Graziosi, As seen on: ABC, CNN, NBC, CBS, insider’s financial.

According to the complaint, Utah-based Nudge markets its training through real estate celebrities who promise to reveal strategies for making “amazing profits” at seminars included in the packages. One celebrity endorser quoted in the complaint, for example, promises he will share his “formula for success” that is “proven” to get results. As alleged in the FTC’s complaint, however, the seminars are mostly designed to sell additional training, not to help consumers make money. According to a survey included in the FTC’s court filings, more than 95 percent of consumers who attended Nudge’s seminars paid more to Nudge than they netted in subsequent real estate transactions.

“These defendants presided over a sales process that started with empty promises of future wealth and ended with many consumers left in financial ruin,” said Andrew Smith, director of the FTC’s Bureau of Consumer Protection. “The lure of easy income is strong, but consumers should stop and evaluate the facts behind any money-making promise.”

Nudge began selling real estate training packages at least as early as 2012. In its complaint, the FTC alleges that Nudge’s revenues from late 2014 to late 2017 alone were more than $400 million.

The FTC’s complaint charges that the free seminars are predominantly a sales pitch to spend more than $1,100 to attend a three-day workshop, where consumers will supposedly get access to a “system” for finding “lucrative” deals. Those promises also prove empty, as the three-day workshops largely consist of general information about real estate investing, misrepresentations about services offered by Nudge, and a sales pitch for “advanced training” that costs as much as $40,000, according to the complaint.

Until at least 2016, according to the complaint, the advanced training pitched by Nudge included access to so-called “Buying Summits” or “Investor Expos.” At these events, consumers were promised special access to properties at discounted prices for purchase. However, as alleged in the complaint, defendants typically sold or brokered the properties to consumers at inflated prices. The filed lawsuit says, “However, Defendants were actually the ones selling or brokering these properties, and did so after marking up the price as much as 20% or more for their own profit. Defendants concealed their markups from consumers and, at times, even provided consumers with bogus sales comparables to convince consumers to purchase the properties at inflated prices.”

The complaint says, “Defendants primarily use the Workshops not to educate, but to sell consumers additional, more expensive products and services (referred to as “Advanced Training”), typically for tens of thousands of dollars. Under the guise of raising funds for real estate deals, Defendants ask consumers to fill out profiles detailing their personal finances, and encourage consumers to increase their existing credit card limits. Defendants also encourage consumers to obtain “funding” through a third party. However, instead of providing funding, the third-party simply applies for a half-dozen or more personal credit cards on the consumer’s behalf. Defendants then try to convince consumers to purchase one of Defendants’ Advanced Training packages using their newly-available credit and other finances.”

The complaint was filed by the FTC and Utah Division of Consumer Protection against Nudge, LLC and two of its affiliates, Response Marketing Group, LLC and BuyPD, LLC. The defendants also include five individuals who are principals or executives of one or more of those companies: Brandon B. Lewis; Ryan C. Poelman; Phillip W. Smith; Shawn L. Finnegan; and Clint R. Sanderson. The real estate celebrities featured in Nudge’s marketing are not named as defendants. The complaint says, “Defendants pay the celebrity endorsers either a flat fee or a percentage of the consumer payments received from the event.” Celebrities included people like Tomi Lahren. – Source