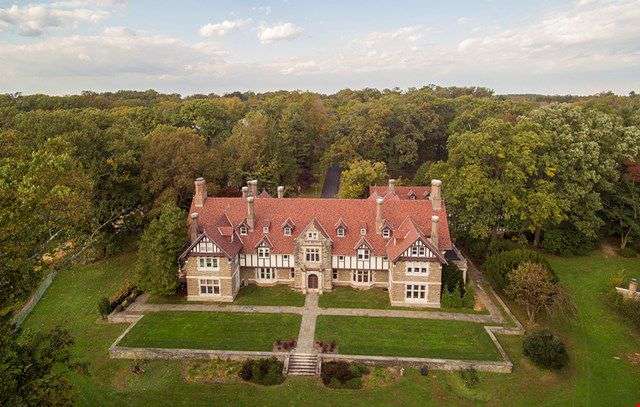 Amanda Finley tried her best to keep her real estate commission from selling her husband, Jeremy Marcus, a Florida home, but there is a catch.

Jeremy Marcus was the person behind 321 Loans and 321Financial that imploded after the Federal Trade Commission went after them for defrauding consumers.

Finley was arguing that the real estate commission she earned from selling Marcus the mansion should not be captured by the Court-appointed Receiver.

The United States Court of Appeals for the Eleventh Circuit saw things a bit differently.

“Jeremy Marcus bought a 7,568 square-foot waterfront mansion in Fort Lauderdale for $5,250,000. His then-wife, Amanda Finley, acted as the buyer’s real estate agent for the purchase of the property and received a commission on the sale. She accepted part of that commission in cash, and the rest was used as a “rebate” that reduced the purchase price of the house. As it turns out, Marcus was engaged in a multimillion-dollar consumer debt fraud scam, and all the cash he used to purchase the house was derived from his fraudulent activities.”

This is not a case of a real estate agent losing a commission from the sale of a property to someone caught for consumer fraud. There is more to it.

“As a licensed real estate agent, Finley worked with a broker, Florida Coastal Realty Group. Under the terms of the purchase contract for the house that Marcus bought for $5,250,000, the seller paid the broker a 3% commission, which totaled $157,500 and was paid from the purchase proceeds. The broker kept $15,750 of that amount for its contractual fee, and the remaining $141,750 was Finley’s commission. She elected to receive $34,250 of that amount in cash at closing and used the remaining balance of $107,500 as a “rebate” that was credited toward the purchase price of the house, in effect lowering the amount Marcus had to pay for the property by that much.”

Here is where the Appeals Court seems to lose patience.

“It is undisputed that Marcus used money that he stole from his victims to purchase the house with cash, and Finley resided with Marcus in the luxury home for 18 months, rent and mortgage free. Finley contends, however, that her commission was separate from the fraudulent transaction because it came from “clean funds” paid by the seller. But “clean” is not an accurate description of the funds. “Laundered” might be more accurate. The money used by the seller to pay the commission came from the purchase money for the house, all of which was from Marcus’ fraudulent schemes.”

“The court rejected as unpersuasive Finley’s argument that her commission was separately earned. In doing so, the court noted that the closing documents showed that the property was purchased with cash from Marcus and no cash from the seller, and it concluded that the transaction was “intertwined with the fraudulent monies.”

The district court did not abuse its discretion in denying Finley’s motion for an equitable lien. If Marcus had not purchased the $5.25 million property with the fruits of his fraud, Finley, who acted as his agent, would not have earned any commission at all. Without the equitable lien Finley is in no worse position than if her husband had not committed the massive fraud he did. She actually is in a better position as a result of his fraud because she got to keep the $34,250 part of her commission that she was paid in cash, which she would never have received if the fraud proceeds had not been used to purchase the property. Not only that, but she also got to live in a 7,568 square-foot waterfront mansion rent free for a year and half.” – Source