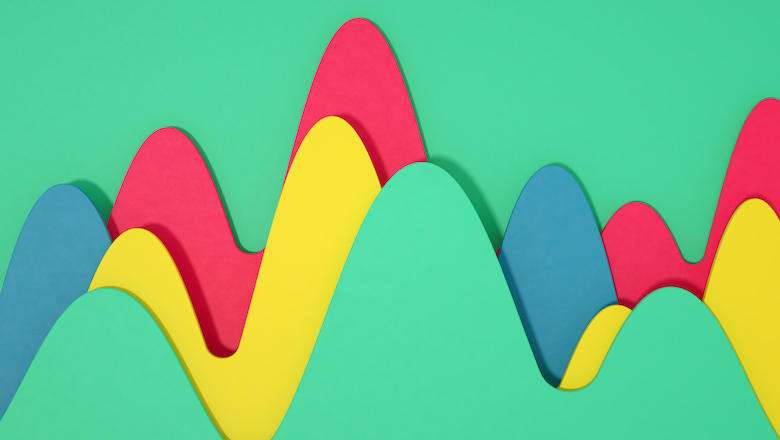 My husband and I have been together for 30 years. In 2017, we finally achieved one of our greatest goals in life: starting our own business.

Due to a series of unforeseen, extremely grave events involving my husband’s health, it has been challenging to keep the business afloat on my own and take care of my husband.

Although difficult and draining, I didn’t mind having to do either since I had a passion for my husband’s well-being and keeping our clients happy.

Then life sucker punched me with the pandemic forcing me to shut down my office, and now we are in foreclosure and facing the loss of our home.

In 2017 we opened up our business and put everything we had into it. Within a week of the opening, my husband, due to stress, lack of sleep, being overworked, and having a bad smoking habit ended up nearly losing his life due to a severe case of untreated pneumonia.

He was hospitalized for 4 months and spent 2 weeks in a coma. I had to maintain the business and spend the rest of my time by his bedside since we had no help from family or friends.

Once he was home, I continued to take care of the business on my own since I couldn’t afford any help. Luckily our office was literally 2 blocks from our apartment.

With the passing of time and therapy, my husband could finally get out of the wheelchair and walk. Eventually, he was well enough to join me at the office and help with the workload. Everything was slowly falling back into place; then, in October of 2019, the night before having to do a test run with a new million dollar a year account, I hear my husband shout my name from the room and found him flat on his back.

He was unstable and confused. I helped him to the sofa, and as I went to get him water, it happened again. Without his control, his head, arm, and leg started to contort. I held him steady and reassured him that he was fine and this would pass, and it did. After resting for a bit, I told him I would help him get dressed for the hospital. He refused. He said that he felt fine and that nothing would keep him from not showing up and having to postpone the meeting with the new client.

I was totally against it, but he refused. Unfortunately, his mind was not working with him. He forgot everything from passwords to how to use software he had been using for years.

The more his mind froze up, the more agitated he became. It took hours for me to calm him down. I was afraid he would suffer another attack.

Meanwhile, I was doing my best to finalize the items sent to us and email them back to the clients. Although the paperwork I emailed back was correct, it was hours overdue and unacceptable, so we lost the account.

I rushed my husband to the hospital, and we were told he suffered a stroke rendering the left side of his body partially paralyzed as well as permanently affecting his vision and hearing on the same side after being hospitalized for 2 weeks and submitting to a slew of scans and exams they sent him home.

Before leaving, we met with two neurologists on his team, who stated that all they found was a white lesion on the right side of his brain. We were free to go, no medicine, no instructions, or temporary home nursing.

But as we walked out, one of them quickly mentioned that he might experience some hallucinations. I will never forget those words and how casually they rolled off her tongue.

In fact, It didn’t phase me. I thought perhaps he would see a light twinkle or something seem out of place.

Within weeks, he was experiencing full-blown hallucinations, day and night talking and arguing with dead relatives and made-up characters.

He developed a hate for me since I was the only one around and the only one begging him to stop behaving this way. He was convinced that I was trying to kill him and that I hired a gang of gypsies to place poison in the A/C vents of his room.

He would leave and not come back for days. I had to pick him up over 20 miles from our apartment at a lady’s home that found him crying in her garden.

He physically damaged our condo, which had been in immaculate condition, mostly due to him, for 15 years. He started getting very aggressive, and unfortunately, this aggression which turned violent, was all aimed at me.

He was arrested several times. I bailed him out. Then last summer, I spent the last of my savings paying hotels for him to stay at since he was not allowed in the building.

Our neighbors, who were all aware of his brain injury and known us for numerous years, went to court and got a restraining order placed on him.

If that wasn’t enough, the “BOARD,” some of which use to be our friends, fined us $600. because my husband took a small plastic sign that said roof deck on it off the wall, they charged us $200. because our downstairs neighbors couldn’t sleep with all the noise, at this point, I was very close to suffering a breakdown. Actually, I think I did.

The place where I felt the most comfortable, my sanctuary, my home, was no longer. I dreaded walking in the halls, being in the elevator or the mailroom, and running into anyone.

I felt like a criminal, as though my husband and I were some street trash that didn’t belong living here. Through all of this and without help from family or friends, I managed to keep the business afloat and was doing very well.

We had just finished the first season of a huge tv show and were signed up for season two. Sadly, thanks to the pandemic, there would be no season 2, and due to the loss of this huge client, I couldn’t afford the office and was forced to shut it down.

Sorry, I know that was a lot, but I felt like I needed to put it out there for the first time. We recently applied for a loan re-modification, which I am certain they will deny.

They are unaware of Mark’s situation, and I do not know if it is something that I should inform the loan officer of. I do want to stay in the condo because we can no longer afford to, but I would like the opportunity to sell it and hopefully collect the nearly $200K we have in equity.

Thank you for your time and for what you do to help others.

There are no words to ease the pain and anguish you have been through. It is real, emotional, traumatic, and horrible.

In my life, I’ve had to deal with many of the same issues you have, but not all at once or in the same situation.

If they turn down your loan modification, you might want to chat with a local bankruptcy attorney and discuss a Chapter 13 filing that could buy you a bit more time as you firesale the condo.

The fundamental goal at this point is to get you to a position where you can realistically live within your income.

The emotional toll of dealing with Mark’s medical and mental health issues will sink you unless you can find a way forward that factors those in.

I’ve seen similar situations where the person with the medical/mental health crisis will lash out by going out and applying for new credit that results in joint debt.

It might just be time to think about separating your finances after the condo sale to protect your assets. This does not mean you love Mark less, but we have to protect you from his actions when he cannot think clearly through no fault of his own.

There is also a realistic chance that Mark may require some assisted living or in-home care. Again, something I’ve seen before in similar situations.

This care is costly and can drag down your joint finances if you don’t plan.

The best plan forward is to not focus on what brought you to today. We have to deal with the current situation and anticipate relapse based on the doctor’s opinion that this may be an ongoing situation.

When you sell the condo and realize some profit unless you protect that money, it can vanish fast in Mark’s medical bills and care.

The best strategy for moving forward will take some thought and more information but moving quickly on selling that condo to protect your equity is something I’d focus on. Simply modifying the condo mortgage and staying there doesn’t sound like a realistic option.

Looking to the future, the goal should be to have Mark’s medical needs surrounded while allowing you to focus on working and earning again.