We handle everything that happens after your clients’ initial counseling. And we’re debt and credit negotiation specialists, so we do it well. We negotiate with creditors, process payments, answer client phone calls, keep accurate records, manage the latest technology, keep fair share collection current, the whole thing. That frees you to focus on new clients. And it keeps your existing clients with you longer. In fact, having AmeriCorp on your side can be a major change in how your agency works. Also a big improvement. – Source

I use to work for Hess Kennedy for almost a year and for the months that i worked there i saw alot of shady things happen to innocent people who made a couple bad financial decisions and are paying for it even worst through this economic time through hess kennedy. The name of the company I worked for was called Americorp. We never could let clients on the program or new clients know that we actually worked for a company called Americorp. To me i thought americorp was actually a debt relief company until I started putting two and two together.

Since working at this place i was representing so many different companies Hess Kennedy, Consumer Protection Law Center, Allegro Law and Mezey and Associates.. WE WERE ALL THE SAME COMPANY taking the same calls. How the program worked was clients were suppose to make a monthly payment which partial went to fees nd partial to there escrow but in certain situations especially for clients who weren’t on top of there A game were ripped off and everything was going to the company. We were told if a client threatened attorney general or to contact the BBB they would automatically get all there money, it was true and actually happened until the attorney general and the receiver in FL took over. We were told to tell anyone who called that we had lawyers on board but they were all busy and to take a messege and someone would get back to them. We never had lawyers we were a call center with a group of people who was just trying to make a decent living but was actually scamming innocent people. When things started to hit the fan my boss told me that we were not Hess Kennedy and all the fake lies were not true about our company then she told me that we were the processing center for Hess Kennedy (all the same). Thank God I no longer work there and found something legit. – Source

I worked for The Achievable in Melbourne Florida and it is a scam. Not only were the owners of the company sued twice, once over Kennedy Hess and then over the Allegro law incidents. The owners of The Achievable also own Vortex Debt Group, Americorp, Pure Nutrients, Media Mogul and many other holding companies, all of which are mostly rip-off schemes to lure the unsuspecting consumer into a useless service or product.

Essentially the owners are tying to hide under a shroud of deceit and greed through various corporations and fictitious names.

While the consumers were losing millions to these gluttons, the owner, Jeannie McCallan was walking around in Lois Vuitton shoes and sporting Prada purses. These people are ruthless and uncaring about the needs of the average Joe, their client, it’s all about the money.

I hope this gets out there as a warning, BUYER BEWARE of these companies. They are all scam artists. Vortex Debt Group could possibly be there biggest windfall and scam yet. – Source 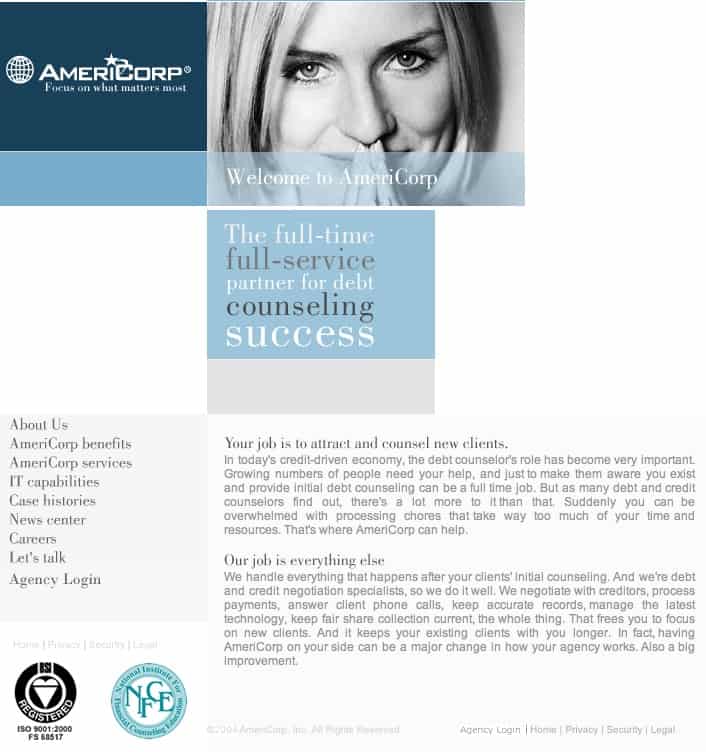