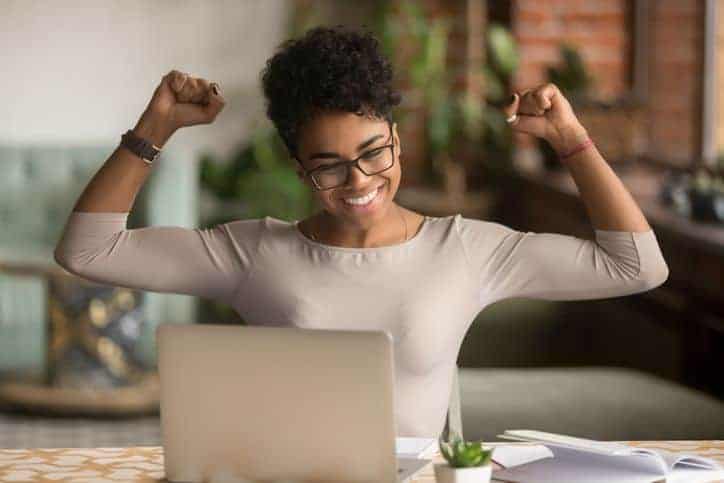 In that case, the Department of Education was accused of unreasonably delaying and withholding decisions on Borrower Defense to Repayment claims submitted by federal student loan debtors.

Debtors included in this settlement include “all people who borrowed a Direct Loan or FFEL loan to pay for a program of higher education, who have asserted a borrower defense to repayment to the Department, whose borrower defense has not been granted or denied on the merits, and who is not a class member in Calvillo Manriquez v. DeVos, No. 3:17-cv-7210 (N.D. Cal.). See ECF No. 46 (Oct. 30, 2019).”

The mutually agreed settlement agreement says “No later than one year after the Effective Date, Defendants will effectuate Full Settlement Relief for each and every Class Member whose Relevant Loan Debt is associated with the schools, programs, and School Groups listed in Exhibit C hereto. If any such Class Member receiving relief under this Paragraph IV.A previously received a Form Denial Notice, the provision of Full Settlement Relief will be deemed to rescind that Form Denial Notice.”

If your loans are included in this settlement, you will be notified “no later than 90 calendar days after the Effective Date. The notice shall specify that the Class Member will receive Full Settlement Relief, as defined in this Agreement, and need not take any additional action to receive this relief. The notice shall also specify that the Class Member’s Relevant Loan Debt will remain in forbearance or stopped collection status pending the effectuation of relief. If the notice is sent by email and it bounces back, Defendants will have an additional 90 calendar days to send the notice by first class mail to the last known mailing address.” – Source

If you are found to be a member of people that previously submitted Borrower Defense claims, not only will your Federal student loans be forgiven, but you will receive full settlement “including the original principal of the affected federal student loan(s) plus any and all interest and fees that accrued or were incurred on that loan; (ii) a refund of all amounts previously paid to the Department toward their Relevant Loan Debt, including Relevant Loan Debt that was fully paid off at the time relief is granted; and (iii) deletion of the credit tradeline associated with the Relevant Loan Debt.” – Source

Your rights may be affected, please read carefully.

You filed a borrower defense application asking the U.S. Department of Education (“Department”) to cancel some or all of your federal student loan debt because you allege the school you (or your child) attended engaged in unlawful conduct. We write to inform you that there is a proposed settlement in a class action lawsuit that could affect your claim and to explain how your legal rights may be affected by that lawsuit.

As a borrower defense applicant, you may have been previously informed of a class action lawsuit called Sweet v. DeVos, which challenged the Department’s delay in issuing final decisions on borrower defense applications, including yours. You may also have been informed in 2020 that the parties had proposed a settlement of the lawsuit, subject to the court’s approval. The court did not approve that proposed settlement, so the lawsuit continued. You can find more information about that here: https://predatorystudentlending.org/news/press-releases/in-new-ruling-judge-denies-borrower-defensesettlement-over-department-of-educations-perfunctory-alarmingly-curt-denials-press-release/. The lawsuit now also challenges the Department’s denial of certain borrower defense applications.

We now write to inform you that there is a new proposed settlement of the lawsuit. The settlement will not become final until it is approved by the court as fair, adequate, and reasonable. This Notice describes how your legal rights may be affected by this settlement.

What is the case about?

Now, both parties are proposing to settle this lawsuit. This proposed settlement is a compromise of disputed claims, and Defendants continue to deny that they have acted unlawfully.

What are the terms of the proposed settlement for borrowers who applied for borrower defense relief on or before June 22, 2022?

What are the terms of the proposed settlement for borrowers who applied for borrower defense relief after June 22, 2022 but before final approval of the settlement?

Does the Department have any reporting obligations?

What if my loan is in default?

The court will need to approve the proposed settlement before it becomes final. The court will hold a public hearing, called a fairness hearing, to decide if the proposed settlement is fair. The hearing will be held on _______, 2022, beginning at _________, at the following address: United States District Court Northern District of California 450 Golden Gate Avenue, Courtroom 12, 19th Floor San Francisco, California 94102

Information about the hearing, including the process for participation and virtual attendance (if any), will be posted at https://predatorystudentlending.org/cases/sweet-v-devos/.

What should I do in response to this Notice?

IF YOU AGREE with the proposed settlement, you do not have to do anything. You have the right to attend the fairness hearing, at the time and place above, but you are not required to do so.

IF YOU DISAGREE WITH OR HAVE COMMENTS on the proposed settlement, you can write to the court or ask to speak at the hearing. You must do this by writing to the Clerk of the Court, at the following mailing address: Clerk of the Court United States District Court Northern District of California 450 Golden Gate Avenue San Francisco, California 94102

You can also submit comments by email to the Clerk of Court at [email address]. Your written comments or request to speak at the fairness hearing must be postmarked or date-stamped by ____, 2022. The Clerk will provide copies of the written comments to the lawyers who brought the lawsuit.

Where can I get more information?

A copy of the proposed settlement is available online at https://predatorystudentlending.org/cases/sweetv-devos/documents/.

If you have questions about this lawsuit or about the proposed settlement, please visit this Frequently Asked Questions page, https://predatorystudentlending.org/sweet-v-devos-class-members/, which also has contact information for the lawyers who brought the lawsuit.

If you have not previously submitted a Borrower Defense claim, you can do so here.