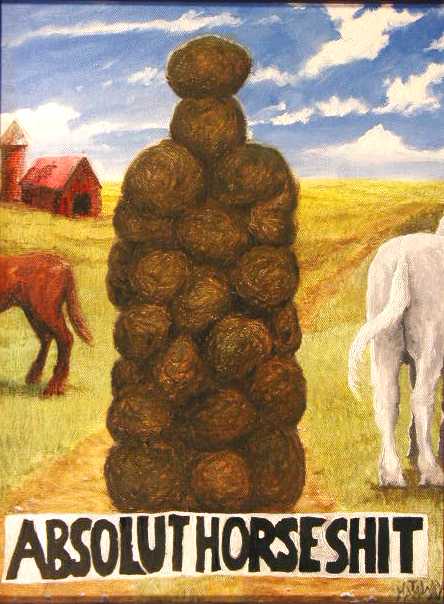 There were some recent interesting meetings over at the Federal Trade Commission. These involved the proposed telemarketing sales rules the Federal Trade Commission is going to put forward. The first meeting was with representatives of The Association of Settlement Companies (TASC) and the United States Bankruptcy Alternatives (USOBA) in attendance.

Here are some statements from the FTC published notes from those sessions that just seem unbelievable for the debt settlement industry to say but the consumer groups made some very good points in a followup meeting for the Federal Trade Commission to consider in order to protect consumers.

The representatives said that although interest and fees are added to consumers’ debts while they are in the program, about 50-60% of consumers are already delinquent on their debts when they contact the debt settlement company. [So balances in a debt settlement program DO go up.]

The representatives said that another problem with an advance fee ban is that a contingency fee model would result in a power shift to the creditors; creditors would know that the negotiator would not get paid anything until a settlement occurs; thus, the creditor would offer smaller debt reductions because it would believe that the negotiator would take any settlement in order to get paid. The representatives said that creditors are advocating for the advance fee ban in this proceeding and in state legislatures because it would help them financially. [Major Horseshit.]

The representatives said that the better debt settlement companies engage in significant consumer education about debt collection, and there would be little incentive to engage in such education if an advance fee ban is imposed. In addition, companies would have the incentive to get as many people as possible enrolled in the program; even if 80% drop out, the company would receive some fees eventually, but this structure would hurt consumers. [Seriously?]

The representatives stated that in Freedom Debt Relief s program, of those who dropped out before completion, 52% received more in debt reductions than they paid in fees, and 75% received at least one settlement. They also stated that statistically, most dropouts occur in the first 4-5 months. [So 25% pay 4-5 months of fees and get no benefit and 48% paid more in fees than relief? Seems like a great reason to not allow upfront fees.]

The representatives stated that they have determined, through financial modeling based on Freedom Debt Reliefs data, that if they had to operate under an advance fee ban, it would take them five years before they were cash-flow positive. [Because they have a front loaded business model. If they adjusted their business model they’d be better able to make the switch. The wrong business model is not a reason to support a failed model that harms consumers.]

A USOBA representative stated that they undertake background checks of member companies; they engage in a secret shopper program; they suspend a company from membership upon the first violation of their standards and terminate the company upon the second violation; and, finally, in the last 30 days, they instituted a “zero tolerance” policy for use of government imagery in debt settlement advertising. [I’ve written about specific examples of bad acts of USOBA members and I find it hard to believe that USOBA takes those bad acts seriously at all.]

The representatives made the following statements in closing: it is risky to impose an advance fee ban, as a pure contingency fee model has no track record in the debt relief industry. [So because we can show that the majority of consumers get an insufficient benefit or pay more for debt settlement services when they are charged on an advance fee rather than a performance fee, that’s bad? How can it be argued that paying for actual services received by the consumer is not a fair approached?]

On June 8, 2010 the FTC Commissioner met with representatives the consumer groups Consumer Federation of America, Consumer Action, Consumers Union of U.S., National Consumer Law Center, and Mid-Minnesota Legal Assistance, along with a representative of the Office of the Maryland Attorney General. – Source

At that meeting the consumer representatives made the following positions:

The representative of the Maryland Attorney General’s offce said that in enforcement actions, the states repeatedly find that companies sign up consumers indiscriminately, even though debt settlement is only appropriate for a small fraction of consumers. In many investigations, it appears that the debt settlement counselors are simply salespeople whose only goal is to sign people up for the program. [Seems to be exactly the way it really is over most of the debt settlement industry.]

The representatives said that the fundamental business model of debt settlement is
problematic; people save hundreds of dollars in a bank account, but the majority of the money is used to pay the company’s fees, making it impossible for consumers to save for settlements. Consumers are set up to fail but pay advance fees to fill the coffers of the businesses. Moreover, a number of debt settlement companies have said that they can operate without taking fees in advance of settlement. [That’s correct. Currently, debt settlement companies have a failed business model that requires them to constantly rake in new fees since they already spent the fees received from people already enrolled but spent them in advance of settling debts or providing real services.]

The representatives said that the companies are utilizing a large share of the upfront fees they collect on advertising and paying lead generators for consumer names/contact information. Some lead generators charge $500 per lead. Moreover, the companies are not actually spending money on individualized financial counseling; they provide off-the-shelf budgeting information to consumers, information that is free from many consumer organizations and other sources. [That’s a valid argument. I don’t see many debt settlement companies providing financial counseling. It seems to be all about the sale.]

The representatives emphasized that under an advance fee ban, if the debt settlement company produces results in a prompt and timely fashion, it wil get paid in a prompt and timely fashion. [That sounds like a point I’ve made before. If debt settlement companies enrolled people that were prepared fro settlements they would get paid potentially in months, not over five years. Enroll the right people and get paid in the manner you want. Doh!]

The representatives said that the data submitted by TASC are not reliable and were not subject to audit, but even if you assume the industry data are accurate, they show that most consumers pay for results that are not delivered. [That’s true, the debt settlement industry has been hesitant and resistant to provide vetted data to support their positions.]

he Commission should also consider banning advertising of savings rates unless 80% of customers achieve the advertised savings rate, and the rate accounts for the provider’s fees. [That seems reasonable and transparent.]

The Commission should impose a carve-out to the face-to-face exemption for debt relief services so that debt relief companies cannot evade an advance fee ban by hiring a runner to go out to consumers’ homes to get them to sign contracts, thus qualifying for the face-to-face exemption. [That’s a fair position it seems. If runners were sent it would violate the spirit of the new rules so we might as well address that now.]

In conclusion, the representatives said that an industry with hundreds of law enforcement cases fied against companies in the industry does not deserve a safe harbor. [Well that’s an excellent point. Hard to argue against that one especially when a number of Attorneys’ General have gone after debt settlement companies.]

6 thoughts on “The Latest Delivery of TASC and USOBA Debt Settlement Horseshit to the FTC.”