An awesome tipster (send in your tips here) just sent me a copy of the following letter received by a consumer that was being solicited for debt settlement services.

What would be intriguing to find out is how they received the consumer name and mailing address. On this previous post a commenter said according to Florida Bar rules “Lawfirms and attorneys are NOT approved to buy pre-screened credit data from the 3 reporting agencies…”

What makes me believe the addresses may have been purchased from a credit bureau is the tipster (send in your tips here) actually is with a company that had changed the consumer’s address with the original creditor so only the creditor, and anyone they report information to, like a credit bureau would have had the address for the mailer. 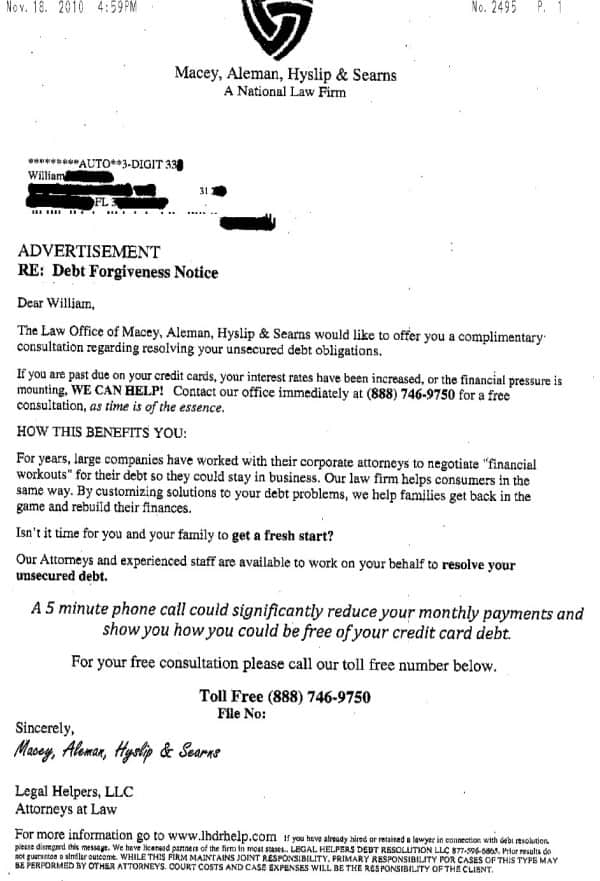 I’d love to hear what your impression is of this letter. Post your feedback in the comments section below.