I was just watching an informercial by Saen Higgns about his book Wealth Without Risk. The pitch is that by investing in tax certificates people can make a lot of money. What caught my ear were a number of buzz terms like “guaranteed profits” and “wealth without risk” that seemed more focused on selling books than producing results.

“I have achieved financial freedom, with homes around the world and a passport displaying travels to some of the globe’s most exotic locations.”

“Let me show you how to make money – risk free – that’s guaranteed by law!”

“Take the Right Step in the Road – it could be your shortcut to riches!”

“Don’t stand on the sidelines while others are making huge profits from tax lien properties. Get in the game and call.”

“Call as soon as possible. I’m leaving a spot open for you, but the calendar is filling quickly!” – Source 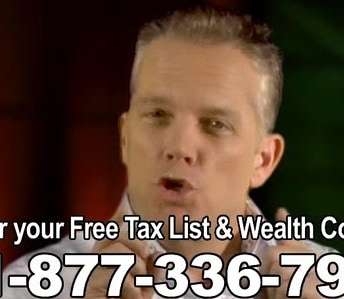 I suppose another issue that concerned me was another book I remembered with the same title. Wealth Without Risk was written by Charles Givens. But that approach did not end well for Givens.

Over his career, Givens was the target of dozens of lawsuits and two court cases for defrauding customers, one in California and one in Florida. The California fraud case found that he had mislead his customers by claiming that he had made his money using his financial strategies, rather than by selling his financial strategies, and he was ordered to refund $14.1 million to his customers. Givens settled the Florida fraud case. Givens was also sued for advocating dropping insurance to save money by a woman whose husband was killed by an uninsured driver. Givens settled the insurance suit in 1993.

“Givens lied about his past,” said John W. Jeffrey, an attorney for the plaintiffs. “The way he made his money was not by using the strategies he sold but rather by selling the strategies themselves.” A month after the verdict in California, Givens’ company filed for Chapter 11 bankruptcy protection. He lost control of the business in 1997. A judge approved a plan to repay creditors 25 cents on the dollar. To protect himself from creditors, Givens transferred most of his assets to limited partnerships, frustrating lawyers who tried to collect for their clients.

144 thoughts on “Is Wealth Without Risk by Saen Higgns a Scam I Should Investigate?”