A reader contacted me with a question, here. She said that a company called Nationwide Financial Center sold her into a debt management program for which she first had to pay $1,295 before she could get in to the credit counseling program.

She sent me the agreement she signed to put the $1,295 on her HSBC credit card so she could get into the program. 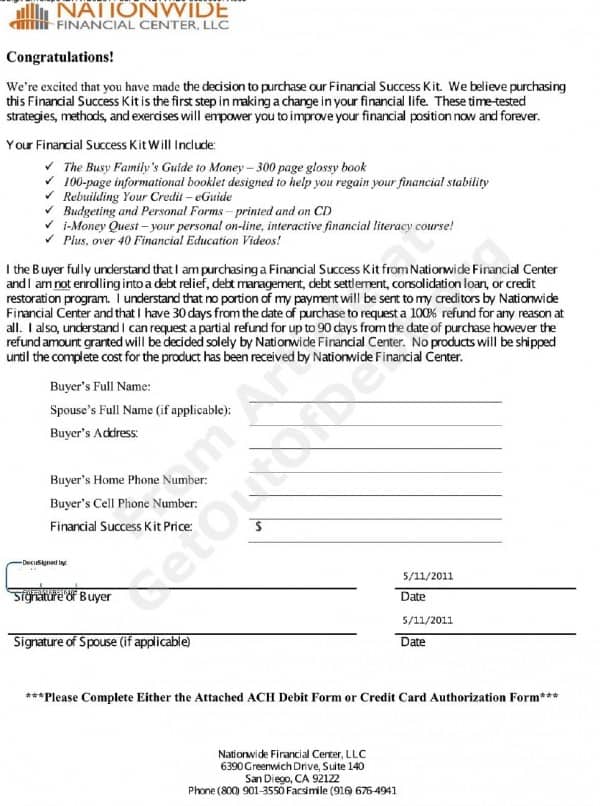 The “Financial Success Kit” consisted of:

The disclaimer says the person is paying for the kit and not enrolling into a debt relief program. And while that will probably be the defense of the company, this consumer surely believed that buying the kit was a necessary first step. It also appears to be what was represented by the sale representative according to the consumer.

Mike, the rep, said up front that their fee was 5-10% of the debt amount and was added to it so there were no out of pocket expenses.

When he sent the quote, I assumed that the $50 per month was that fee (it works out to between 5 and 10 per cent).

When he sent the final agreement to sign, it was in two sections: one was about the plan to pay my creditors, and the other was about the “financial success package” that I uploaded below.

As I went through the web pages describing the terms, I saw that twelve ninety five was $1,295, so I called Mike back and said “I don’t want to spend this!” He said that this was the fee that we had talked about, and I felt a little stupid for having assumed that the fifty a month was the fee.

As part of the credit card purchase for this kit the authorization form appears to allow the buyer to enter up to four credit cards to spread the purchase price across.

What is very interesting about the DMP plan the consumer entered into on the very same day through Nationwide Financial Center is the agreement for the debt management plan. The multipage agreement had these two pages as the heart of the DMP. 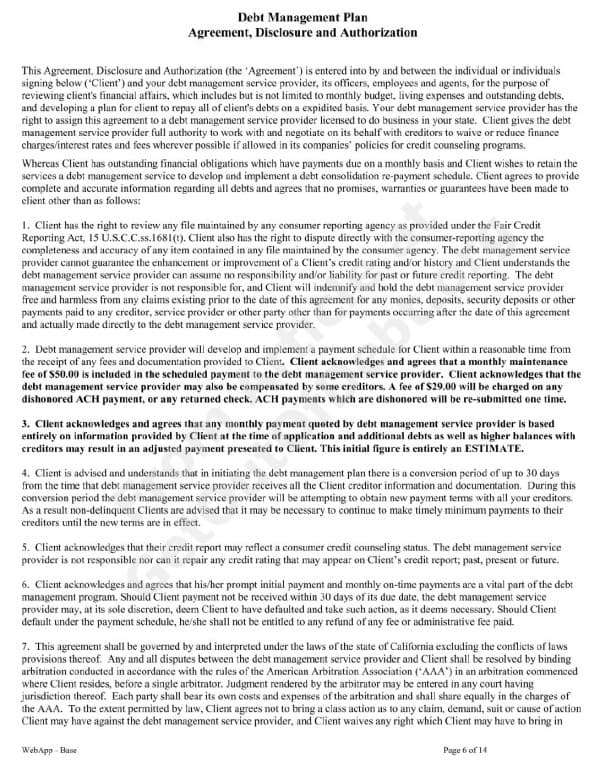 If you look at the agreement you will notice one very important issue, the debt management provider is not identified as Nationwide Financial Center. In talking to the reader about this she said NFC said they would refer her to one of their nonprofit partners.

It appears this is nothing more than an unnecessary and unwarranted charge related to a credit counseling enrollment and this violates the law in a number of states, including the state where the consumer resides.

Beware of practices like these and if you are asked to pay a large fee upfront before enrolling in a debt management plan or credit counseling program, report it here.