There’s not many fraud stories that cross my desk now that make me drop my jaw. I mean, really, a scam is a scam is a scam. But this doozy, oh this one has me sitting here looking like the kid from the Home Alone movies: hands flat on the sides of my face, jaw dropped and eyes wide.

Charges were announced yesterday against 11 defendants that participated in a monumental fraud scheme since 1998 where Long Island Railroad (LIRR) workers claimed to be disabled upon early retirement so that they could receive extra pension benefits to which they were not entitled.

Charged were two doctors, an office manager for one doctor, two “facilitators” acting as liaisons between retiring workers and the doctors and seven LIRR retirees (including one of the aforementioned facilitators). These 11 people claimed RRB disability that they were not entitled to in this fraudulent scheme that could cause the RRB to pay in excess of $1 billion in unwarranted occupational disability benefits.

The RRB is an independent U.S. agency that administers benefit programs including disability benefits for the country’s railroad workers and their families. As explained by U.S. Attorney Preet Bharara these programs were designed to be a safety net for the truly disabled and not a feeding trough for the truly dishonest. With so many in an economic struggle now it’s disheartening to think that “railroad employees would tell a train of lies to pad their early retirements, and that a handful of doctors would traffic on the credibility of their profession to promote a culture of fraud.”

The LIRR contract allows employees to retire at the ripe age of 50 (compared to the well known 65 age marker) given that they have been employed by the railroad for at least 20 years or more. 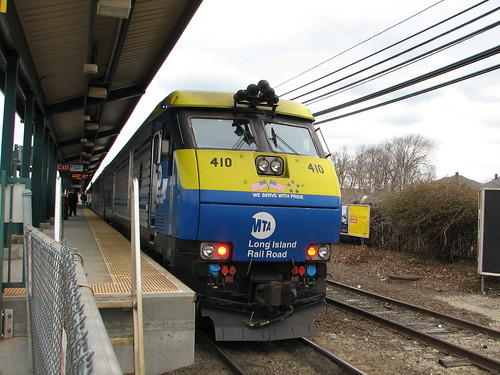 At that time, employees are entitled to receive an LIRR pension, which is a portion of the full retirement payment they are eligible for at 65, when they also receive an RRB pension. Therefore, if an LIRR worker retires at 50, he or she will receive less than their prior salary and substantially lower pension payments than what they would be entitled to at 65.

READ  I Went Bankrupt in 2005, I am a Disabled Vet, and My Student Loans are Coming Due. - Ben

Since 1998 hundreds of LIRR exploited this pension – disability overlap by pre-planning on which date they’d falsely declare themselves as disabled.

These false statements, made under oath in disability applications, allowed these LIRR employees to retire as early as age 50 with an LIRR pension, supplemented by the fraudulently-obtained RRB disability annuity. Between 2004 and 2008, 61% of LIRR employees who claimed an RRB benefit were between the ages of 50 and 55. Each of these employees received a disability award. In contrast, only 7% of employees at Metro-North who stopped working and received disability benefits during this time period were between the ages of 50 and 55. It is estimated that the fraudulently-obtained RRB payments to LIRR retirees could exceed $1 billion – Source.