First off I would like to applaud the debt relief company that sent me in this mailer. Good debt relief companies that care about consumers and who want to play a role is stamping out bogus advertising that hurt the entire industry, can play a role by forwarding material to me at click here.

The reason I call this mailer bogus is that it pretends to be something it is clearly not. This is not an official government mailer by any stretch of the imagination, even though it uses an official looking format and seal. 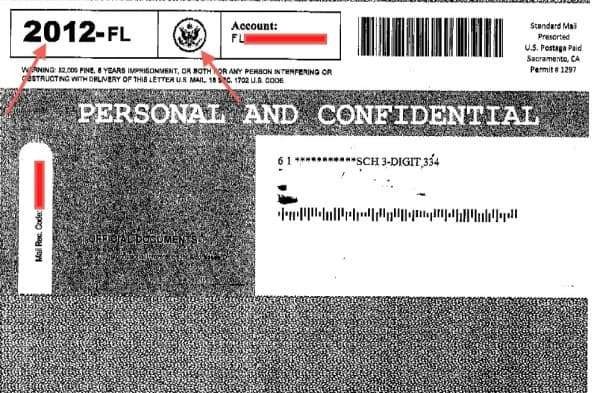 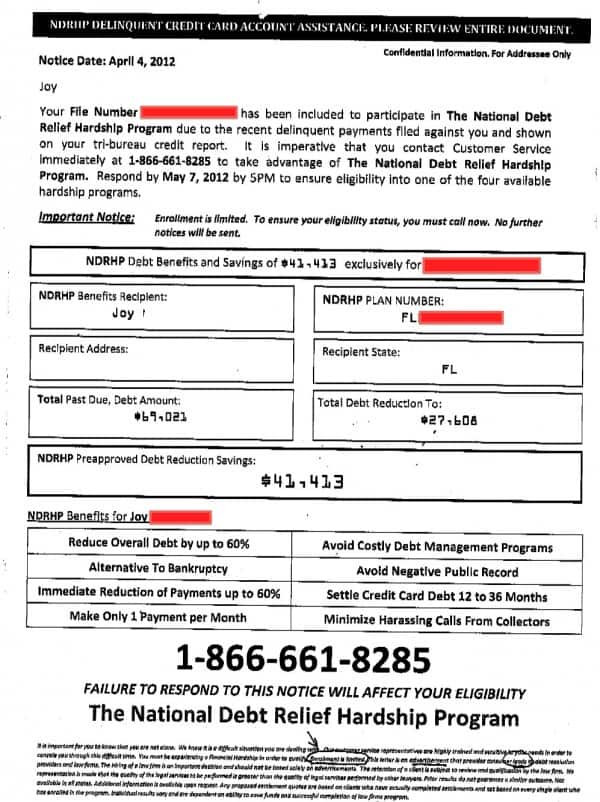 The fine print at the bottom of the inside is tough to read but what I can make out says, “This letter is an advertisement that provides consumer leads to debt resolution providers and law firms.” You see, there is no official government program called The National Debt Relief Hardship Program. It’s as bogus as the statement on the mailer that says, “Enrollment is limited.” I mean really, how can leads that are being farmed and sent to outside providers be limited?

The mailer doesn’t make sense in other ways as well.

It says “due to recent delinquent payments filed against you” and then makes mention of a try-bureau credit report but nothing is filed against anyone. It might be reported, but not filed. Saying filed makes it deceptively sound like some sort of legal action.

The mailer also makes the claim that it will “Avoid Negative Public Record” but I challenge anyone to show me how settling a debt will not result in any negative public record when at the very least the part of the debt forgiven will be reported negatively.

See also  I Might Have Fallen for the National Debt Relief Hardship Program. - Pam

I’m also at a loss on how they can claim an “Immediate Reduction of Payments up to 60%” which gives the recipient the impression that some sort of payment reduction is sanctioned by the creditors. Hell, you can cut your payment by 80% if you stop sending 80% of your payment to your creditors.

The claims made in this mailer are a classic example of why debt relief companies need to be certain what their lead and service providers are doing to get business. The CFPB has made it very clear that the bad acts of underlying service providers will transfer to the companies that hire them.

Any debt relief company that has received leads as a result of this fake form and logo mailer which makes claims prohibited under the TSR should be afraid.

I would suggest that any consumer that received this mailer should file an online complaint with the United States Postal Inspection Service and bring it to their attention to investigate.