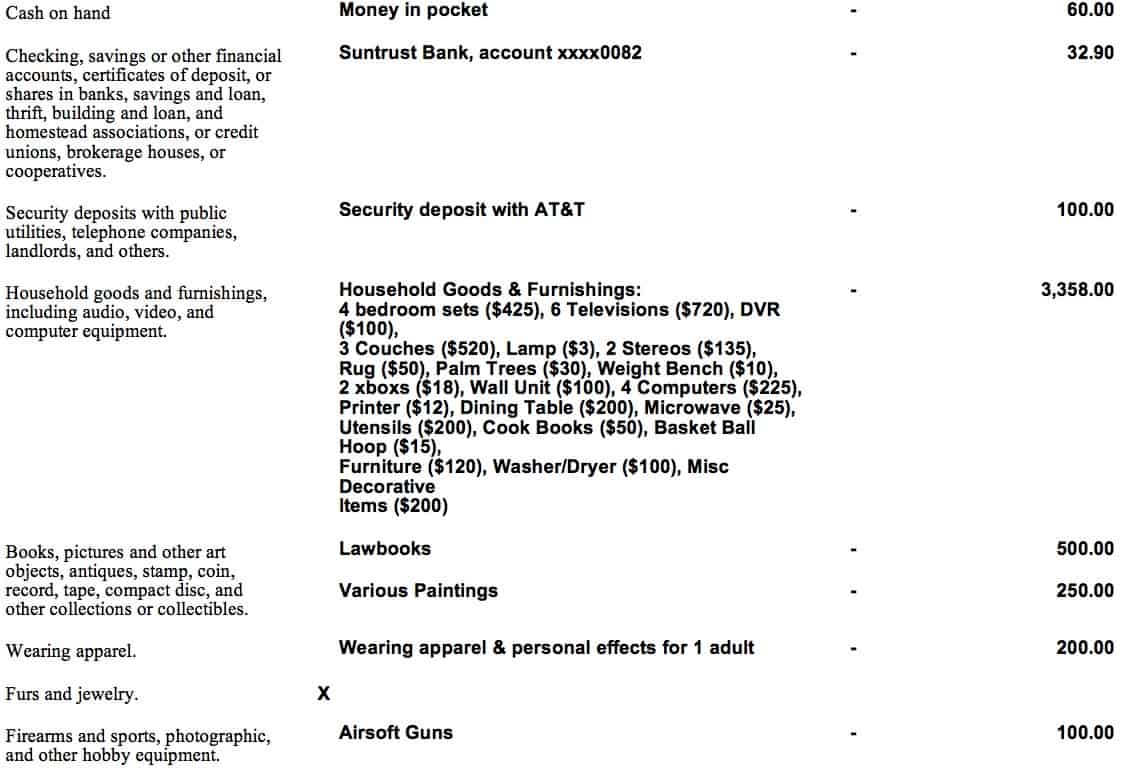 At the time of his bankruptcy filing his filing was missing a number of documents. Those have subsequently been filed.

He owes $1,278,629 in taxes and certain other debts owed to governmental units.

Despite being associated with Fidelity Land Trust, Cherry lists no real property owned. 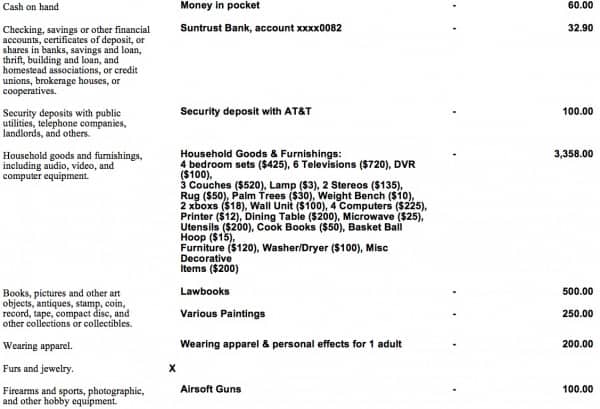 As far as assets go he says he owns a 33.3% interest in Hess Kennedy Chartered in the British West Indies which has been in receivership since 2008. He also lists 100% interest in Growth Capital Funding which is worth $176.81 and 100 percent owner of Zion Partners Irrevocable Trust that is worth $497.50.

When it comes to liabilities he lists

He claims that despite of earning $15,000 per month he is negative $1,735 per month. His expenses are shown below. 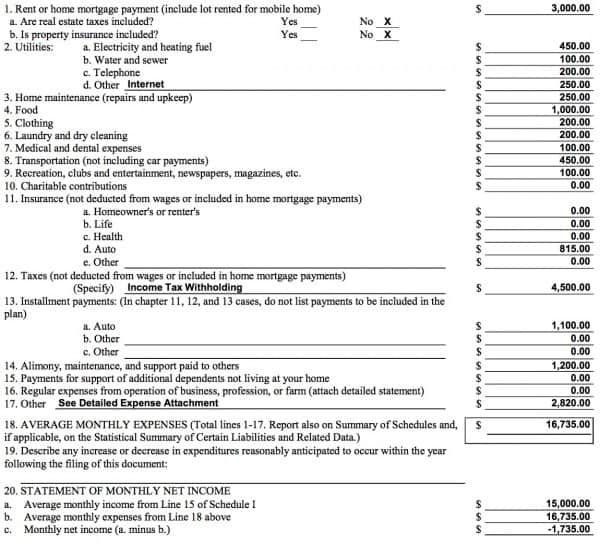 Cherry lists his lawsuits as:

Ed also states he has only been an officer, director, partner, or managing executive of the following businesses. – Source