Along with financial counseling the organization also offers a debt management programme (DMP).

Unlike a U.S. DMP, the AKPK DMP is developed based on available cash flow and not creditor demands. The AKPK DMP also stops all legal proceedings by creditors, a benefit only available to U.S. consumers under a consumer bankruptcy. Calls from debt collectors are stopped as well.

This is quite a departure for a central bank to create a debt relief network to assist consumers. It’s like some of the systems I’ve seen in the EU. But this system in Malaysia appears to more powerful for consumers and gives people more protection than just a nonprofit credit counselor. 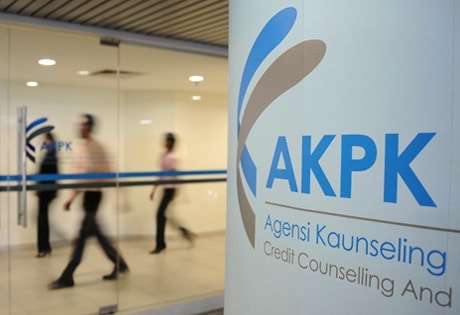 According to a recent news story:

So far, the agency has counselled almost 200,000 people at its branches, out of which about 82,000 have been taken under its Debt Management Programme (DMP). The DMP enables AKPK to talk to banks on the customers’ behalf on matters ranging from holding back legal action to restructuring their debts in accordance with their ability to pay.

In a related development, Deputy Minister in the Prime Minister’s Department Datuk Liew Vui Keong told Parliament last week that as of August this year, a total of 2,011 civil servants have been declared bankrupt. Those made insolvent would not necessarily lose their jobs but would be referred for disciplinary action.

Koid wants more people who are facing problems with their bank debts to seek AKPK’s assistance, all given free of charge, especially to avoid being declared bankrupt. As the law stands, and compounded by bureaucracy, it’s cumbersome for someone who has been declared bankrupt to get a discharge even if the debt has been settled. – Source

It certainly looks like AKPK has some incredibly powerful tools and services to assist people find a pro-rata solution to their debt problems based on available income. That would be a welcome addition in other countries as well.

See also  How Can We Get a Monthly Payment Lower Than Cambridge Credit Counseling? - Nicole
Sincerely,