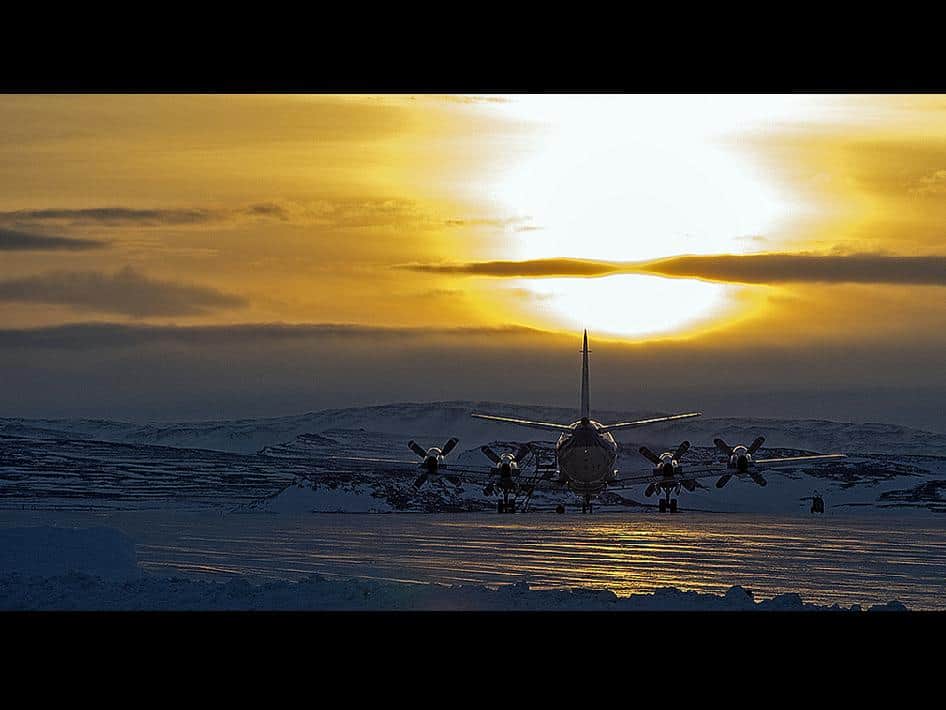 I just saw this and thought it was an incredible picture.

On March 21, 2013, the P-3B waits outside the hangar at Thule Air Base with the Greenland Ice sheet in the background.

IceBridge, a six-year NASA mission, is the largest airborne survey of Earth’s polar ice ever flown. It will yield an unprecedented three-dimensional view of Arctic and Antarctic ice sheets, ice shelves and sea ice. These flights will provide a yearly, multi-instrument look at the behavior of the rapidly changing features of the Greenland and Antarctic ice.

Data collected during IceBridge will help scientists bridge the gap in polar observations between NASA’s Ice, Cloud and Land Elevation Satellite (ICESat) — in orbit since 2003 — and ICESat-2, planned for early 2016. ICESat stopped collecting science data in 2009, making IceBridge critical for ensuring a continuous series of observations.

IceBridge will use airborne instruments to map Arctic and Antarctic areas once a year. IceBridge flights are conducted in March-May over Greenland and in October-November over Antarctica. Other smaller airborne surveys around the world are also part of the IceBridge campaign. – Source