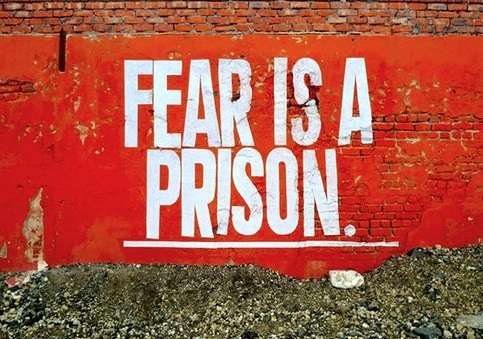 I am hoping if you could kindly spare a few minutes to clarify something for me?

I live in the UK and in 2005 I decided to purchase an off-plan property in Dubai. I initially contacted an agent in the UK regarding the property and then I entered an agreement with a building owner in Dubai resulting in an initial deposit being paid followed by staged payments until I had paid for the property, this was completed by Nov 2007 and I finally received my (USPA) Unit Sale & Purchase Agreement.

I decided to sell my apartment and luckily the UK office had found a buyer and both myself and the buyer met up in Dubai in 2007 so I could transfer the property to them. We had an appointment at the developers office (Nakheel) to do this but as Nakheel were so busy and due to shortness of time of our visit we could not see the developer so our agent over in Dubai (who was connected to the UK office) suggested that both me, along with the buyer can do a Power of Attorney.

The agent would represent myself in the sale of my apartment and his colleague would represent the buyer as power of attorney in their purchase. This was typed up in English and Arabic and we had to go to the Dubai court to get this certified.

Once this was done we gave this to the agent along with my USPA and we all returned back home to our countries. Shortly afterwards I got an approval letter attached via email from Nakheel stating that they had approved the transfer from ‘transferor to transfe ree’ and they would effect the change in ownership in their system.

As far as I was aware I had paid for the service charges etc just before I was handed the USPA otherwise the transfer could not have happened and from emails between the agents to me, the buyers were meant to pay all other costs (land registry, Nakheel admin etc). The transfer happened in January 2008 and most importantly some months later the sales proceeds were wired to me and that was the end of the matter.

Shortly afterwards I started receiving emails which I believed were just marketing such as inquiring to whether sell or rent my apartment. I think this was when the collapse came in late 2008 and properties lost their values, however I had sold mine earlier – My other concern is where did these companies get my details from as I still get these occasionally now from different selling agents? Could this be due to the property still being registered in my name?

However, a year later in May 2009 I received an email from Nakheel asset (sent to all unit owners) requesting the services charges in reference to the annual service charge – covering period 01 April 2008 to 31 March 2009. I wrote back that I was no longer the property owner (Jan 2008 was when the property was transferred to the new owners). Maybe there was a breakdown in communication between Nakheel departments? However since I sent that reply back I didn’t hear anything again.

See also  I Have a Loan in Dubai I Can't Pay. - Helpme

I apologize I have gone to the long way around to explain my situation but the reason I am contacting you is that in a couple of months time I am taking all my family over to Dubai for a holiday which we have paid for and I am now really worried because I hear stories that you can get arrested at the airport in Dubai if you have any monies outstanding even very small amounts!

Serious doubt has set in my mind such as what if the title of the property is still in my name? (As I believe this is not the same as property transfer)? I know from my recent research, property registration, transfer etc has changed a lot over there since I sold mine 5 years ago, but what if it is still in my name?

Could I be liable for something for example if the new owners have not paid fees, service charges etc since then? I believe they were to take a mortgage out at the time, but I can’t be sure? This is really causing me a great level of distress over the last week and I don’t know what to do.

I also read that if property in Dubai is not registered with the Land Department then the transaction is void, but I don’t know if this is if you purchase off-plan or whether the circumstances would apply to me I sold mine on as a resale? All I have now of evidence is the approval letter from Nakheel and proof of funds being paid to me, nothing else.

I keep having this terrible thought of being arrested at the airport and they taking my passport of me because I do not know if this would be classed a debt if bills have not been paid or whether it would be classed as a criminal offence?

I may be getting myself worked up for nothing, as I am a worrier! and all sorts of situations are playing on my mind. My family think that I am over-reacting.

I really appreciate if I could hear from you.

Thank you for writing to me for help.

Certainly it is a very worrisome situation but I’d like to ease your mind at the moment. There is no sense getting ahead of ourselves and worrying about a problem that has not been confirmed yet.

Outside of that we are faced with three scenarios.

The first is your name was just still on an old owner email list and the email was an administrative oversight.

Second, the transaction occurred but some recording or administrative error occurred and it was not properly registered.

Finally, it’s quite possible everything is just fine.

But I think we need some additional information and clarity here to ease your mind and uncover and administrative mess from the sale.

I would urgently recommend you contact a real estate attorney in the UAE. Here is a link to a listing that might be helpful.

It would be a smart investment to find an attorney there who can look over the transaction to make sure it was all recorded in proper order, and check the register to see if there are any charges pending against you.

I truly think the likelihood this situation resulted in criminal charges is extremely low based on the fact you have not been contacted by aggressive collectors.

Would you agree this is a logical and reasonable way to deal with this?

I would not classify your concern as an overreaction but probably one more of prudence. Make the investment in the UAE lawyer and let’s get the facts rather than making any assumptions.