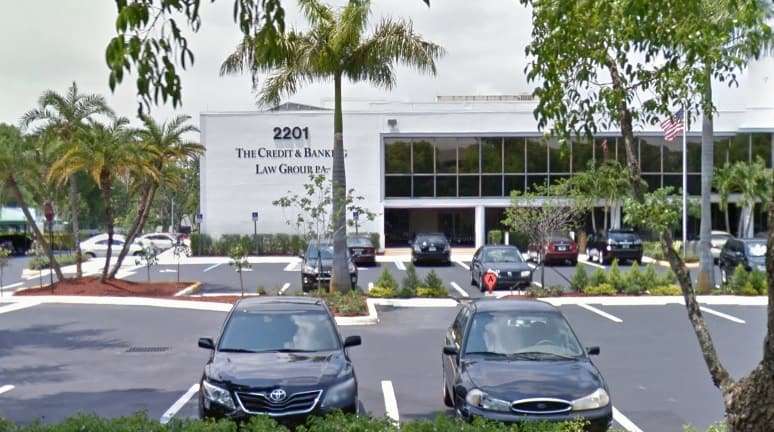 Is The Credit and Banking Law Group out of Boca Raton a scam or legit?

I always hate these questions because I never have any idea of what your individual definition is of a scam.

But here is what I can do. I’ll do a little research on them for you and using the links below you can finish checking them out and then decide what you want to do. The BBB says the Principal of the company is a Florida attorney Harvey Scholl, That name has appeared in a few other stories here on the site, click here. Glenn Grossman is the other person the BBB lists. – Source

There are 24 domain hosted on the same server:

It looks like I chased down the owners of the domain here.

A search of the Florida Department of State records could not locate a company named The Credit & Banking Law Group. And from his email address his practice is located at schollpartners.com. – Source According to website for Law Offices of Harvey Scholl, PA, Mr. Scholl’s background is: “Scholl has been engaged in the private practice of law in the state of Florida since 1974, with a primary focus on secured transactions involving real estate, mortgage financing and banking law. Representative clients over the years have included developers, mortgage and real estate brokers, banks and other mortgage lenders as well as buyers and sellers of residential and commercial real estate. Mr. Scholl is an issuing agent for Old Republic National Title Insurance Company, past director of the Florida Association of Mortgage Brokers and holder of an active Florida Real Estate Broker’s license since 1972. During the real estate boom of the nineties, Mr. Scholl founded and ran a national document preparation service bureau to which lenders outsourced preparation of more than fifty thousand mortgage loan closing packages. Additionally, Mr. Scholl formed a captive title insurance company in partnership with a major south Florida home builder, handling real estate closings from five offices spanning both Florida coasts. Mr. Scholl combines his years of business experience together with an understanding of the law to assist clients with real estate, corporate finance and other transactional issues.” – Source

So it appears Mr. Scholl is an experienced real estate attorney and if you were thinking of having him assist you with a real estate matter his background looks extensive.

What exactly was The Credit & Banking Law Group going to assist you with?

Just as an aside, the other two attorneys that are listed on The Credit & Banking Law Group list of attorneys are Glenn Gromann and Jodi Green. A search of The Florida Bar listings could not find Mr. Gromann licensed to practice law in Florida. The Florida Bar lists an attorney that might be the same person as Jobi B. Green but The Credit & Banking Law Group lists Jodi E. Green. – Source, Source

So the odds are very good it is the same person but you’d at least hope the purported law firm would get the name of their partner correct.

The Law Office of Jodi B. Green appears to specialize in immigration issues. It looks like the Glenn E. Gromann lists on as part of the group is the same Gromann that appears to have had his share of issues in Florida. According to the Sun Sentinel newspaper:

“Bill Trinka, a member of the committee, earlier this month asked Chairman Glenn Gromann to resign, citing Gromann’s “personal problems” as a defendant in a Federal Trade Commission case.

“Essentially, the FTC says they defrauded these people who were desperate to stay in their homes,” Trinka said.”This guy’s integrity is in the toilet, and him being on that board ruins the credibility of the board. I think board members should serve at the will of the council.”

Gromann called Trinka’s allegations “nonsense,” saying Trinka launched a personal attack because of disagreements on the board about issues including growth, development and the barricades in Mizner Park.

“As a high-profile person, I am involved in lawsuits, and I have some motor vehicle infractions,” he said. “None of that has anything whatsoever to do with my service on the committee.”

Gromann, 51, is an attorney and real estate developer who has served on the Downtown Advisory Committee for four years and has lived in Boca Raton for 17 years. He pled guilty in 2010 to misdemeanor DUI, according to county court records. A charge of resisting a police officer was not prosecuted by the state. according to records.” – Source

The issue the article refers to with the FTC appears to be this previous action:

“Operators of “Debt Advocacy” Firm Settle with FTC, Must Pay More than $750,000
FTC Alleged that They Deceptively Marketed Mortgage Modifications and “Forensic Audits”
Settlements Ban Them from Mortgage Relief Business

The operators of an allegedly deceptive mortgage modification business will pay more than $750,000 in ill-gotten gains to settle Federal Trade Commission charges. The settlements also permanently ban the 11 defendants from selling any mortgage assistance relief products.

The FTC’s case against the four operators of the Debt Advocacy Center and another group of seven defendants that allegedly provided “forensic audits” to consumers are part of the agency’s ongoing crackdown on frauds targeting consumers in financial distress.

According to the complaint the FTC filed in November 2009 as part of a law enforcement sweep against mortgage relief scams, the Debt Advocacy Center defendants charged consumers $1,500 in advance and claimed a 90 percent success rate for obtaining mortgage modifications. These four defendants also allegedly promised a refund of $1,500 or more if they were unable to obtain a loan modification. The complaint alleged that when consumers did not get the modification, the Debt Advocacy Center told them the $1,500 was only for advice and educational materials and refused to return payments from consumers. At the FTC’s request, the court ordered a halt to the unlawful operations and froze the defendants’ assets, pending resolution of the case.

The FTC later alleged that another group of seven defendants was involved in the operation, offering so-called forensic audits. The scheme purportedly involved checking a homeowner’s loan documents for law violations that would give them leverage in negotiating with lenders to obtain a loan modification or a “short sale” of a house for an amount that was less than the mortgage balance. The forensic audit defendants collected $995 in advance for each audit even though an audit was unlikely to aid negotiations with lenders, the complaint alleged.

Under the settlements, all 11 defendants are permanently banned from selling any mortgage assistance relief services. All the defendants will be prohibited from misrepresenting any relevant facts about the marketing or sale of financial products and will need to provide support for any claims they make about the products. The four Debt Advocacy Center defendants also will be barred from misrepresenting the relevant facts about any product they market or sell.

Under the proposed settlements:

All of this makes me even more curious to know what services they are selling you. Do tell.

See also  My Student Loan Relief - Review. Are They a Scam?

3 thoughts on “Is The Credit & Banking Law Group a Scam or Legit? – Jeremiah”