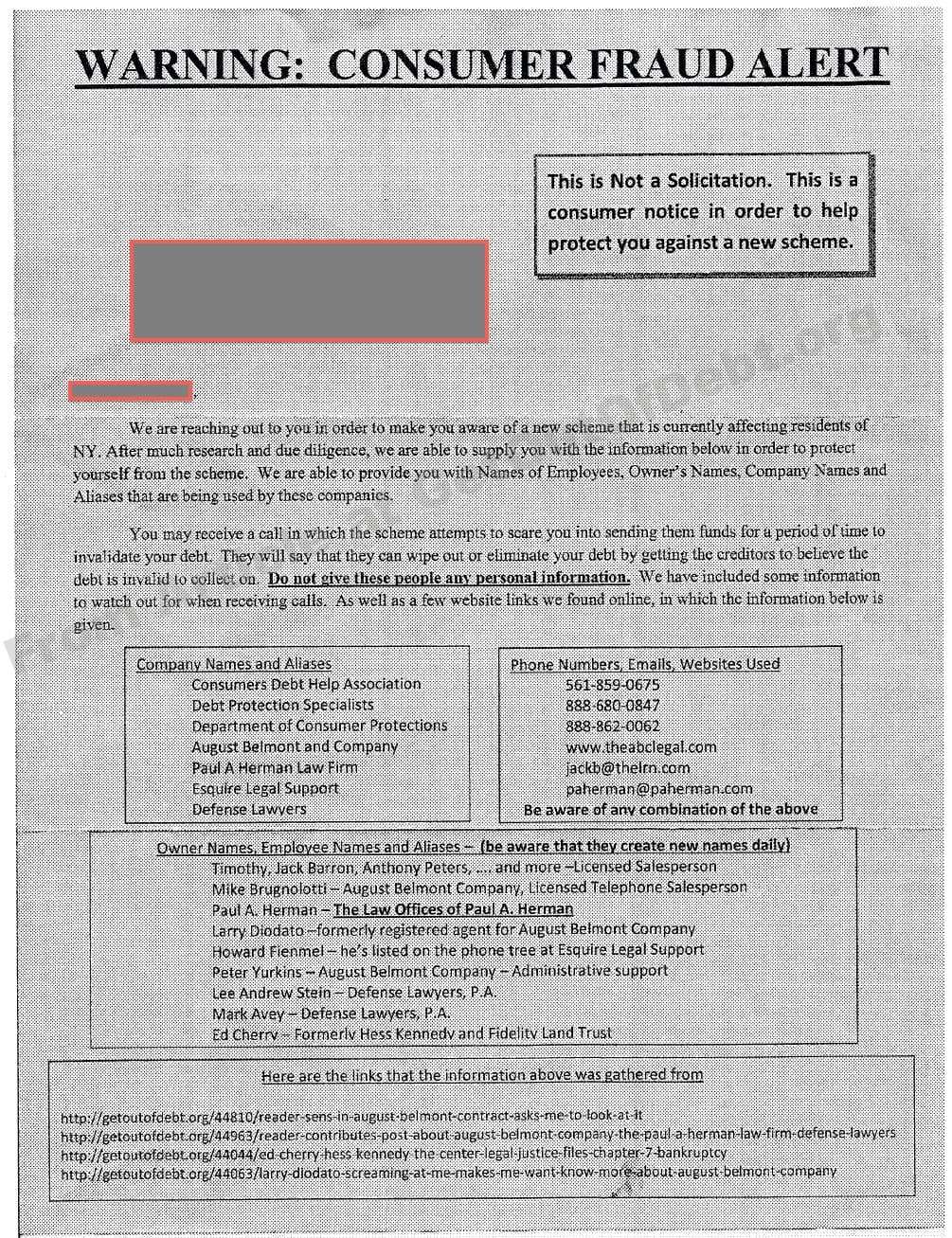 As if the 2013 version if the debt relief industry was not weird enough at times, this completely unexpected mailer was sent in and was allegedly sent by one debt settlement company who has appeared on the site to use this site as a weapon to prevent customers from leaving them and going elsewhere.

I don’t want to name the debt settlement company that allegedly sent this even though I was told who they are, because I am not able to independently confirm it.

While some in the debt relief industry attack the site, others are apparently using the site to potentially poach consumers from one service to another. How is that for ironic?

The entities who are the focus on this warning, allegedly both emailed and sent to consumers, are identified as Consumers Debt Help Association, Debt Protection Specialists, Department of Consumer Protections, August Belmont and Company, Paul A Herman Law Firm, Esquire Legal Support, and Defense Lawyers. The sender is silent about their identity on the inside. Why not put their name on it? 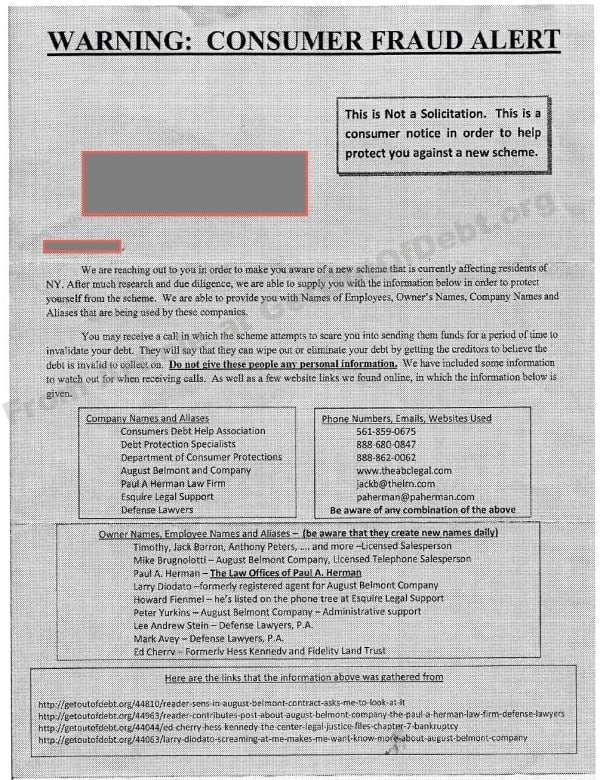 I have no idea why The Law Offices of Paul A. Herman is bolded in the bottom part of the mailer. Why would he be made more apparent? Is the implication “they” create new names daily? Certainly Herman does not. Is he supposed to be the focus of the mailer? What do you think, post your comments below.

The mailer makes the claim that “after much research and due diligence, we are able to supply you with the information below in order to protect yourself from the scheme.” And what is the alleged scheme? The mailer says, “You may receive a call in which the scheme attempts to scare you into sending them funds for a period of time to invalidate your debt.”

If the idea was to send consumers a letter warning them about debt invalidation schemes in general, then why mention just these folks? Granted there has been some interconnection between the named entities in past stories but if you do a Google search for debt invalidation these folks don’t even appear in the first few pages. 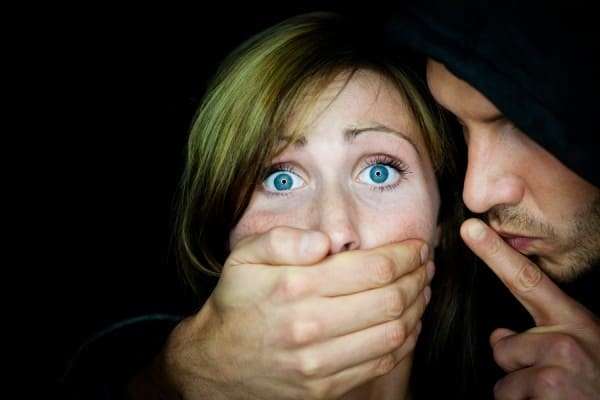 How would someone be scared into sending funds to invalidate their debt? That doesn’t even make logical sense.

So the attorney model debt settlement company who is alleged to have sent this is trying to prevent losing consumers to others, including an attorney, by sending a consumer warning letter? Weird, right?

It appears most of the information used in this mailer came from this post, which was not even written by myself. It was a reader contributed statement.

Quite frankly I never would have ever predicted someone would do something like this.

One thing is probably for certain, whoever did send this mailer will probably be duking it out with some of the entities named.

The mailer does remind me of another email sent to consumers by attorney Lloyd Ward warning consumers to take action if ABC Debt Relief tried to poach them for their debt settlement company. See this post. Sometimes the infighting is the most entertaining part.

Never a dull moment in the debt relief industry, is there?

Send in debt relief mailers through my I Buy Junk Mail program and get paid.

The following email was just brought to my attention from an insider that knew about it.

It has been brought to our attention from several clients that are receiving, what they say to be “threatening and scary”, calls from the people and company names listed below. Our clients have brought this to our attention because, as they said, something doesn’t feel right. After much research and due diligence, we are able to gather the below info from our clients and some very informative websites (which we have pasted the links below). We are not saying that these businesses are illegitimate or not. However, after reviewing the information we found during our investigation, we thought it was something that all of our clients, past and potential should be aware of. As always, when someone calls you on the phone and tries to sell you something – DO NOT UNDER ANY CIRCUMSTANCE GIVE OUT ANY PERSONAL INFORMATION – JUST HANG UP THE PHONE!!

Be aware of any combination of the above

Here are the links that the information above was gathered from
August and Belmont
Law Offices of Paul A. Herman
Ed Cherry – Hess Kennedy – Bankruptcy
Larry Diodato

The tipster (send in your tips here) said it was sent out by a group calling themselves Legal Advocates. More can be found on them in this article.

See also  Is Defense Lawyers a Reputable or Legitimate Company to Work With? - Gwynne
Sincerely,