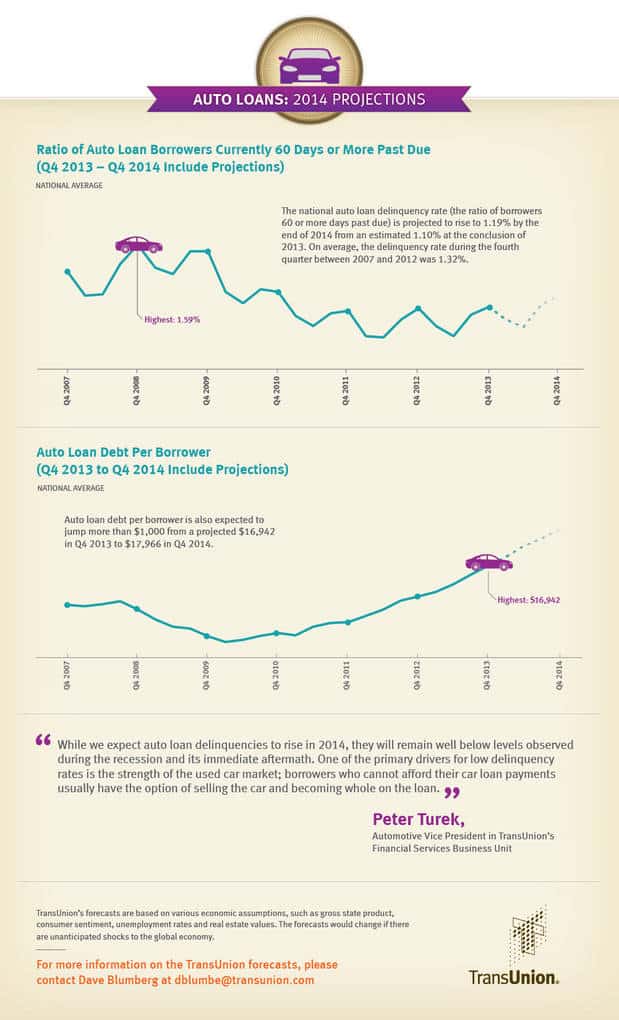 TransUnion is out with their projections on the performance of auto loans for 2014. Their best guesstimate is the number of people 60 days or more behind is set to rise as more sub-prime borrowers are extended credit to buy increasingly expensive cars.

“While we expect auto loan delinquencies to rise in 2014, they will remain well below levels observed during the recession and its immediate aftermath,” said Peter Turek, automotive vice president in TransUnion’s financial services business unit. “One of the primary drivers for low delinquency rates is the strength of the used car market; borrowers who cannot afford their car loan payments usually have the option of selling the car and becoming whole on the loan. The wide availability of this exit strategy has caused the overall volume of auto loan debt to rise faster than the delinquent volume of auto loans, which leads to a lower delinquency rate — it’s a denominator effect.” 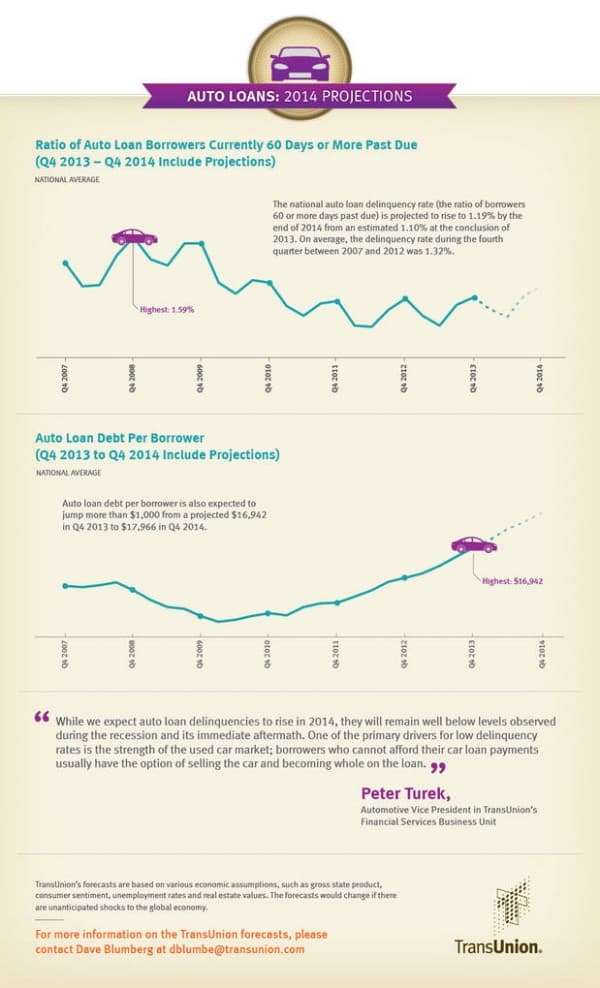 “The data highlight the significance non-prime borrowers play in the overall delinquency rate,” said Turek. “We have been tracking this segment of the population closely for some time, because once they take a bigger part of the overall auto loan pie, we expect upward pressure on delinquencies.”

On a state level, auto loan delinquency rates are expected to rise in 34 states with the largest increases occurring in Maine (+7%), Connecticut (+6%), Indiana (+6%) and South Carolina (+5%). The biggest percentage declines are expected in Oregon (-8%), Alaska (-4%) and Utah (-4%). “The state data is especially encouraging as we don’t expect any major delinquency rises,” added Turek.