Currently some people are all excited about the personal savings rate in America. They feel it shows that people are becoming more frugal and prudent in the way they handle their money. The last reported personal savings rate as I write this was 6.9% in May, 2009. And that’s great, but it is not the mark of a fundamental way in which we approach our money but is an emotional reaction to the bad economic news that crosses our kitchen table or television today. 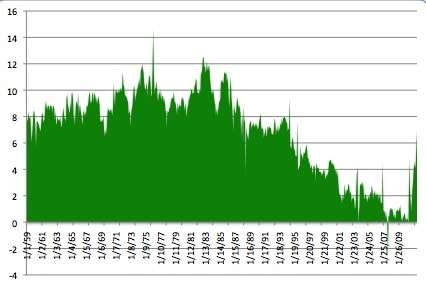 I am certainly not trying to say that the sky is falling and that we all need to run for cover. My point is that I do not believe that the current spike in the personal savings rate is a mark that as consuming Americans that we have changed our outlook on consumption in our core. My bet is that within one year of a common belief that these difficult economic times are over that the personal savings rate will fall to 60% of the peak amount in this economic downturn.

Let’s look at what I see on the horizon. The withdrawal of the American consumer is not what any democratic or republican government wants. Government knows that this is an economy based on consumption and that consumption is the desired goal and that consumers must get back to borrowing and buying as quickly as possible. Hence, why we call people, consumers. Efforts and measures have been and are going to be put in place to draw consumers back to the table of consumption. It is the goal. Without that the economy of the United States will not improve. Without that, jobs will not be created and unemployment reduced. It is the end game.

These sad and sanguine times of the current economic recession will unleash a buying spree from within the American public once a few things happen. All which will.

The average American consumer is still stuck in the demand for the new things, the joy experienced by purchase, and the quest to nullify other concerns with shopping. The purchase of more and bigger items will resume once the above goals are met. Once that happens, more disposable income will be consumed with consumption and not available to save.

While some may learn a lesson from the current economic conditions, I seriously doubt that frugality will become the new black. Instead, I think that what the current conditions are creating is an increasing pressure to consume once the conditions are made right again, which they will be. Otherwise, the assumption must be that both consumers and lenders have learned some fundamental lesson from current events and that would be incorrect.

Credit will become easier to get again because banks compete with volume, not quality. Once the markets open up again for banks to sell packages of loans the flood gates will open. It will be an all out race.