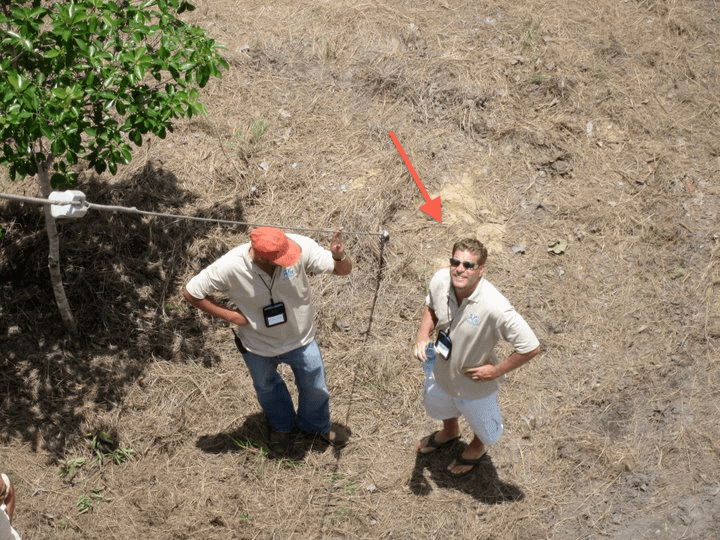 Way back in 2013 I wrote an article Sanctuary Belize, Andris Pukke, Todd Cook, Peter Baker & Ameridebt in which an allegation was made that Andris Pukke was presenting himself to the public as Marc Romeo.

Well I think we can say this mystery is officially solved. That is if we are to believe the testimony of Andris Pukke from a recent court case.

Q So, there was a period of time where you held yourself out to be Marc Romeo, correct?

Q When was the last time you held yourself out to be Marc Romeo?

You can read the full document here.

So I think we can say that one tiny mystery is now resolved. But based on the level of concerns by some who bought into this once Pukke project in Belize, the battles and concerns continue for more answers.

There have been rumblings for quite some time about unhappy homeowners, transferred land, and concerns over a lack of transparent accounting or reporting of Homeowner Association fees and lot payments paid regarding the Believe development.

In fact, a meeting of homeowners was held recently and posted online on February 10, 2016. For anyone interested in reviewing the allegations and concerns the homeowners have expressed regarding the development, lack of clarity where their money is going, and why they can’t get straight answers regarding the Sanctuary Believe development, you should watch the video.

The Judge Offers His Impressions

Following the court in 2015 hearing, referenced above, the Judge offered up the following statements on the record.

THE COURT: All right. Mr. de Bretteville, I know your position is that no cause of action, violation has been made at all. I don’t really need to hear you on that again. Apart from the argument that the Court doesn’t have jurisdiction, among all those other things. And maybe I can shorten this some because, because I don’t — I don’t think this is an incarcerable offense either. I mean, I just don’t think it is.

And maybe, let me just sort of give you some of my thoughts on this about where we are without finally deciding, but to look at the sanction first. I don’t think that’s really what’s in the cards.

But here’s as I see the evidence as it’s been developed. And a lot of this is credibility, mind you. It’s clear that Mr. Pukke used this — traded him off as Marc Romeo. He did it more than once. He did it for a period of time. And candidly, whether it was he alone or the whole people in the Sanctuary Belize operation that continued to trade on Marc Romeo, who was no longer with the operation and as far as a lot of people knew was eventually found out was Mr. Pukke, whether he was calling himself that at a late point in time or not.

I found Mr. Hadlum reasonably credible that in 2013, he really was doing deals with Mr. Pukke and that what Mr. Chadwick said to him probably makes sense because the main thing that concerned everybody in the operation was who this fellow really was.

You know, Mr. Pukke himself said, my name scared people in Belize and beyond, and they rightly should have. So the idea that they try and cover him or smooth over him is certainly out there.

And one of the things, the reason why this whole case gives pause is because the old scam that got him in the trouble in the first place was having a core operation that looked like it was non-profit and there was a lot of things floating around on the outside that he was really involved in for a profit.

And here the sense is, as one looks at this, he’s involved in one narrow area, but he also looks to be involved in a lot of collateral areas too. Whether he’s pulling down dollars because of that, I don’t know, but it’s certainly confusing for the one who looks at this from the outside.

That’s the problem. I mean, in some ways we’re here today because of Mr. Pukke’s own doing. And maybe the people within the organization who let this alias be out there and people got confused. I mean, that’s just the reality. It’s troublesome.

Is it because we were going to try to unearth money and that’s what it’s all about? Not necessarily. He paid his restitution. He paid his — which was a very substantial number, in the millions. There’s no question about it. But the idea that — when you’re looking at information like this sometimes, you looking to make sure that operations are on the up and up, that there’s nothing strange and problematic going on. So, that’s why you want candid information about who he’s involved with.

It was kind of a neat arms-length, sort of a somewhat dissociation, but he was really there doing these things. That’s my view of what happened.

Now, here’s the other side. The other side that — is that the complaints that people have, Mr. Herskowitz and others, are really civil complaints. I mean, if they were out there to be pursued because there was some sort of — in the original instance, that there was some sort of breach of contract, if you will, that involved Mr. Pukke, then you sue for it. And as Mr. Herskowitz finds out, you win.

I mean — and the complaints here about slow operations and so on, well, you sue if there’s some basis for that, but it isn’t really the basis to come in for, essentially, a revocation of supervised release and incarceration, but it’s troublesome.

And what’s most troublesome here and I think what these people want to hear — and I can’t really get into the issue of making whether they’re representative of the homeowners or not, whether that whole operation should go faster than it’s going. I’m not really here to make those decisions.

What is problematic throughout this case and I suggest it not so much as a, if you will, a kind of a sanction, but even I can avoid getting to the point of finding a violation. I think it would be very helpful for these homeowners to see once and for all just who all these organizations are. Who they are

Don’t need to hear from you now, Mr. Pukke.

See who all these organizations are, exactly what time, if any, how many hours per week does Mr. Pukke spend in association with these groups. Not whether he’s an officer or owner, but some sort of clarification as to who is in the operation on that side, because it really is — feels a little bit like a shell game, it really does. I don’t know whether the homeowners feel that way or not, but I do.

Things are moving around too fast here. I mean, there’s so many Eco-something or others here, I don’t know who is what. It’s the way developers do business sometimes, but it’s very misleading to the public. It’s problematic for a Court to try and understand that.

So, if there were some way that we could get a clear explanation. And maybe it’s not just verbal. Maybe it’s something in writing that sets out all these relationships, but it then is made clear that — what Mr. Pukke does, how many hours a week he spends with these things, not what he calls himself and so on. And clearly, that he has no financial interest or ownership interest in these entities.

I think that would go a long way to putting this to rest. Not going to satisfy all the homeowners or even the small number that are here and have a problem with the pace of the development and so on. But that’s not really a criminal matter, which is what this effectively becomes. So, that’s my, kind of, read on where we are in this case.