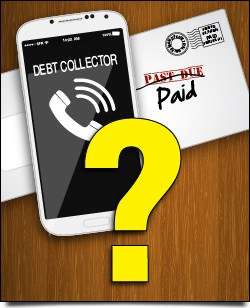 I received a letter about a debt from a collection agency. It said my debt indicated a possibility to be sued. I wrote back and they sent me a form that showed the charge off date for June 20 2014 and showed no purchases except for interest and fees in 2014.

Am I close enough to the statute of limitations they can’t sue? I want to work with them but the stress of them suing me is getting to me.

It’s hard to tell exactly what is going on here. If the original debt was charged off and written off as a bad debt you would have received a 1099-C tax form and the forgiven debt would have been reported to the IRS if it was for more than $600.

But if the collection agency or new debt buyer is showing the debt was “charged off” that may just mean it was put into a delinquent status and written off as a performing asset but still could be held as a past due debt. That would make it still collectible.

It sounds like you have some legitimate questions which are best addressed by an attorney who is licensed in your state. The attorney would be able to give you a legal opinion on when the statute of limitations would expire on a particular debt. They would also be able to advise you on the actual charged off status of the debt in question.

One place to look for a consumer attorney to help would be here.

See also  Capital One is Suing Me. Do I Have a Case Against Capital One? - Jody

If you do decide to communicate with the debt collector you should be very careful about either admitting the debt is yours or making any agreement to pay. That can start the clock over again on the statute of limitations.