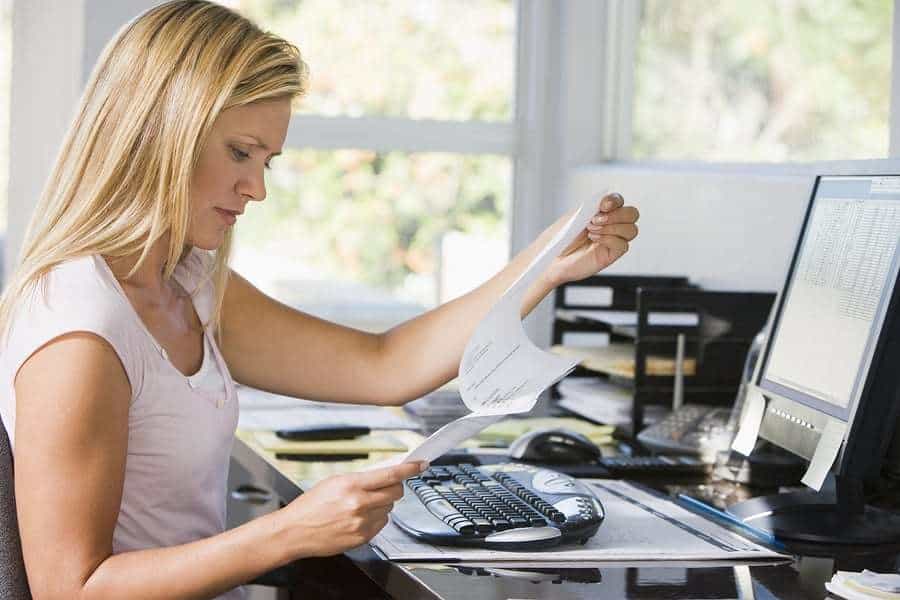 A class action suit filed in Wisconsin against North Shore Agency (NSA) alleges the collection notice the agency sends out does not conform to the required notice in the Fair Debt Collection Practices Act (FDCPA).

The consumer was contacted over a $5.53 debt allegedly owed to Publishers Clearing House.

While at face value the claims made against North Shore Agency might seem small, the argument made by the Plaintiff does raise some valid points.

The suit states the debt validation notice on the back of the collection letter creates burdens on consumers that are not part of the notice of debt that must be given consumers under the law. 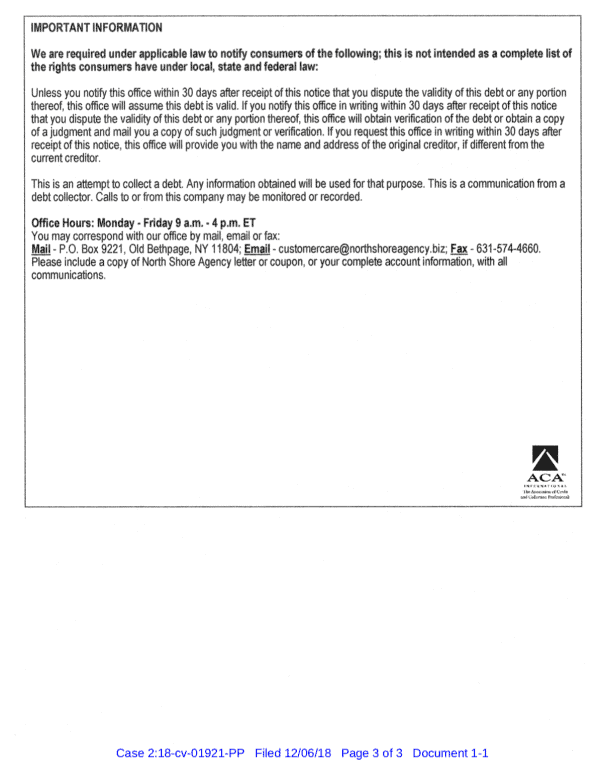 The allegation made is NSA, with its particular notice, “misleads debtors as to what they actually need to do to dispute a debt.”

While this might seem like a really technical issue, stick with me for a moment. The NSA collection letter tells consumers if they want to dispute the debt they need to “include a copy of North Shore Agency letter or coupon, or your complete account information, with all communications.” However, nothing in 15 U.S.C. § 1692g(a) requires that a copy of the letter or coupon, or the consumer’s complete account information be included in a written dispute.”

Now I completely understand why NSA would want a consumer to include that in their dispute. It makes their job easier and reduces the workload for NSA and the chance of confusion.

But here is the key point to ponder for me. The complaint states, “The unsophisticated consumer cannot be expected to own a photocopier, scanner or fax machine, or have free access to one. In order to create a copy of NSA’s letter, the consumer would have to pay for a copy to be made at a commercial location.” That’s not an out of the world concern.

So the position is that by requiring the debtor to include a copy of the collection notice it might be read as a hurdle some consumers would not cross. The collection letter does say communications can just include “complete account information” but I’m not sure exactly what that includes.

A point raised is “The consumer would be misled into believing that a written dispute sent without the “North Shore Agency letter or coupon, or your complete account information” would be disregarded or otherwise not treated as a dispute, even though NSA would actually have to treat such a communication as a dispute. The unsophisticated consumer, however, does not know this.”

Another issue raised has to do with the front of the collection notice. And I admit I was confused by this issue as well. 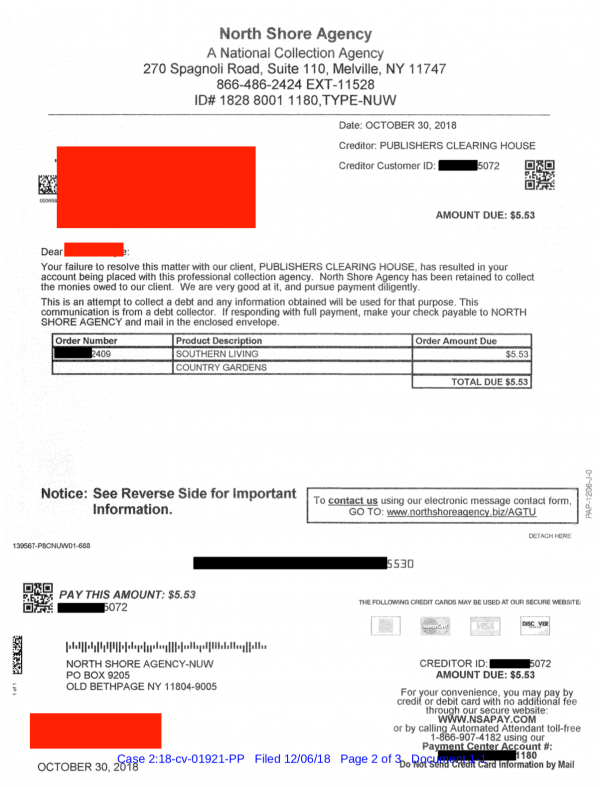 The products listed on the front of the notice says $5.53 is owed for Southern Living and then lists Country Gardens with no information. The complaint makes a valid point when it says, “Confronted with the confusing itemization provided by Exhibit A, the unsophisticated consumer would be left wondering whether the “TOTAL DUE” listed by the letter actually accounted for the entirety of the alleged debt sought by NSA and/or the creditor or if there may be some additional, unknown amount associated with the “COUNTRY GARDENS” product description.

Exhibit A thus fails to disclose the amount of the debt the letter seeks to collect in a non-confusing manner.”

These technical issues are not going to change the world but they are an opportunity for a human engineer at NSA to review their collection letters and just fix the damn thing.

The complaint is below.