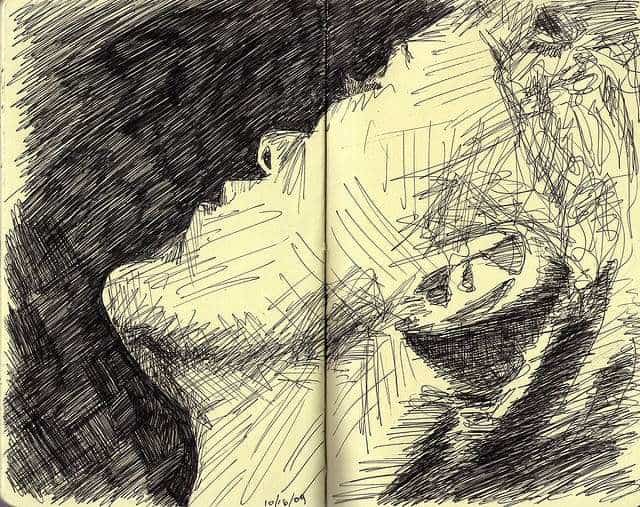 I’m married to a husband that refused to listen to me about taking out too many loans, and the COVID pandemic did not help matters.

We are over our heads in debt, and he decided to get another loan (he currently has six loans).

One of the reasons he applied for the loans, in the beginning, was to pay off taxes and medical insurance costs, but it has gone too far.

I let him know that I was totally against this, that it would push us into deeper debt, and that he was almost done paying off another one. He asked me to go online to look for another loan company he could borrow from, and after arguing unsuccessfully, I told him that NO ONE else would grant him one.

To prove it, I went online and did a quick search, and of course, he was denied by most of them. But one company called him – Simple Path. They told him they thought they could approve him a loan, and when he did not return the call, they emailed him with a consolidation offer.

He read it over and decided to go with that instead – again, against my warnings. I told him that all he had to do was keep making the payments like he was; the budget is tight, but I believed he could do it, but he complained that he was tired of not having any money.

He returned the call to Simple Path and decided to go with the consolidation. I told him I was against all of that, but if he wanted to go down that path, then there was nothing else I could say. So he signed up with them.

We are over $80,000 in debt, and the creditors have already started calling and emailing him for their payments. I told him that he should at least call and let them know that he is in a financial bind and may not make the payments on time or try to negotiate a lower interest rate. Still, he said that the lawyers for Simple Path told him to stop all payments to the loan and credit/store card companies and contact them only to be removed from autopay.

I don’t know what else to do; I’m scared, downright terrified because I know what could come out of this, and I’ve got a real bad feeling with him proceeding with that agreement.

I begged him to please research other companies to find out who is the best to work with or try different options, but he acts like a desperate man and truly believes that this company will help him out of this situation.

I asked him to take the money he would have paid to the creditors and put it into the savings account, but he has already started spending it. To make things worse, we were in a car accident, and the deductible to fix the car is five hundred dollars which he took from one of the loans he was supposed to pay. Loan shark companies are not gracious or forgiving; I believe they will try to get their money at all costs with no mercy.

That is one of the reasons I asked him to please at least talk to them and let them know that he is in a financial bind and try to work something out instead of listening to Simple Path to stop paying them without any contact.

See also  Is Simple Path Financial a Legit Company or a Scam?

This is not bankruptcy. They are, in my opinion (ALL loan companies), legal loan sharks that, instead of breaking your legs, break your pockets.

My question is this; is there a way for him to get out of this agreement with Simple Path and go back to making the payments as he was before signing up with this company?

Is there another way for him to work with the creditors without just not paying them?

We have already been down the bankruptcy road in the past, and I told him that we would not do that again. Please advise.

Your question hits on so many topics. We have to start with the understanding that debt is never the problem. It is the symptom of the underlying issues that brought you to this point.

For example, While the current level of debt is stressful and traumatic, the real issue is the magical thinking your husband seems to have about either living a life beyond his means or thinking you can borrow your way out of debt.

Another issue is that in relationships, it is not uncommon to find opposites attract. Savers attract spenders. This creates tension in relationships when dealing with money, credit, and debt is fundamentally different between spouses.

Debt problems are just math wrapped in emotion. People allow their emotional reasoning to overcome their logical rationale when faced with a stressful financial situation. The kneejerk reaction is to make the stress go away as quickly as possible, which leads people to be attracted to the first salesperson with a magic solution.

It sounds like Simple Path Financial might have pitched a loan but sold your husband a debt settlement program from what you’ve described. With this approach, payments are no longer sent to creditors and the account’s default. This is done to get the creditors to see the account as less likely to repay and encourage them to settle for less than is owed.

When you do this, your accounts will be reported negatively for seven years on your credit report; you may have income tax consequences and be sued over the debts.

Of more concern is your statement your husband “has already started spending” the money that is supposed to be accumulated for settlement. It might be early days, but the solution is already doomed to fail then.

At this rate, the accounts will go delinquent with the creditors, and he will not have any money to enter into any repayment arrangements. My experience informs me this situation will snowball into a miserable place, and the stress will increase.

When it comes to money, your husband has poor emotional control to make good decisions. This may be driven by behavioral or chemical behavior that he can’t control.

For example, I would not be surprised if your husband had an addictive personality, gambled, smoked, or engaged in other addictive actions.

Frankly, there are no magic words that will bail you out of this situation that your husband is not likely to shred. But, for a solid financial future to be built, it has to be on a solid foundation and not shifting sand.

It sounds as if you’ve already been down the bankruptcy route. You say as if you want to avoid it again. But that does not mean bankruptcy isn’t the right approach here.

Since you appear to have debts that are quickly exceeding your ability to repay them, you have no emergency fund or safety net, and your husband is already sabotaging the solution he thinks he found, bankruptcy sounds more likely, not less.

Here is why. A Chapter 7 bankruptcy will cost less than $2,000, legally protect you from your creditors, eliminate your debt without any tax consequences. These days it is easy to rebound financially from bankruptcy. You will also eliminate the debt in 90 to 120 days, much shorter than other approaches.

However, I’m not as concerned by your quick financial rebound. Still, by taking this opportunity, the law allows you to eliminate your obligations and think about embarking on a different future.

After you get a fresh start from bankruptcy, you might want to consider separating your finances from your husband and not entering any joint accounts or obligations to protect yourself.

If you try to live on the financial margins and pay off this debt, you are sacrificing time you could be using to save money for the future, and the odds are against you not having a deductible or emergency to deal with.

This problem reminds me of that scene from Shreck. Ogres are like onions.

Your financial situation is like an onion; it has many layers. Because of the underlying and hidden complexity, you might want to talk to a professional debt coach like Damon Day who can take a deep dive into your specific situation and lead you to a brighter financial future.