As a young, divorced, single woman in this country I’ve found it quite challenging to introduce new and exciting potential suitors into my life. I took a long while “off” of dating after the divorce and have recently thrown myself back into the game. Except the game isn’t that easy. Or fun. And I’m pretty sure games are supposed to be fun.

Since I work from home in my comfy, secluded, office-cave the only way I really get a chance to meet new faces is through friends, at bars or through online dating.

And if you’re like me you have some rules about dating.

Rule Number 1: Don’t date friends of friends. If you start dating a good friend’s friend and things don’t work out then your social dynamics could be torn apart as your friend tries to balance the both of you in their life without intertwining the two of you after a potential split. Also, no friend really wants to hear “intimate” details about another friend that you may feel like you have to share with them.

Rule Number 2: I don’t meet people at bars. Period. One reason for this is because I feel like a lot of bar-made relationships end up superficial and most likely the product of beer goggle syndrome. Also, I don’t like to introduce to effects of alcohol when first getting to know somebody that I want to date. Don’t get me wrong though, I still flirt up a storm at a bar

Rule Number 3: I don’t do online dating. Well, I did online dating. I actually tried multiple sites. I felt like this was a real winning opportunity especially since I am connected to the internet during most (ok, all) of my waking hours. I’ve found that the people’s profiles that I’ve liked and even met up with are not at all what they appear to be. I’m not saying I’ve found any crazed, murderous, weirdos; I just mean that I found many of them to be socially awkward.

(I’m not saying that any of these ways to meet potential mates in life are wrong or looked down upon. In fact they are all sound and efficient ways to meet people in the right situations. Just not for me. Which is why I don’t date anyone. But my dog and I are very happy, thank you for asking.) 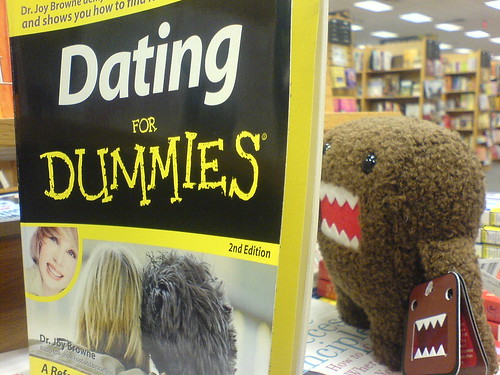 That’s right, people are getting scammed via dating sites! You didn’t really think I was just going to sit here and give dating advice without updating you on a new scam, now did you?

According to researchers at the University of Leicester in England a survey found that 1 in 50 people knew someone who had been a victim by a “romance scam.” So far, more than 200,000 brits have fallen victim to these online criminals.

A fake profile is usually set up on a dating site where a fake relationship is entered into and real money is then requested due to “financial problems” your new loved one is facing.

If someone runs into this awful scenario they usual feel even more hurt than if they had been scammed by an e-mail or phone scam. This is someone they had serious feelings for and thought they had a future with. This is not only playing with one’s bank account but also with one’s heart. Many people may feel shame and experience intense emotions that they do not want to come forward and report this scam. However, you should! The only way to fights scams like this is to get them out in the open.

So far the National Fraud Authority has identified 592 victims between 2010 and 2011 alone, however more are suspected to exist.

The Serious Organised Crime Agency (SOCA) in England have been investigating these crimes. They’ve found that many of these scammers will spend a long time “grooming” a victim and working out their personal vulnerabilities before asking for money. When the time is right criminals have been known to ask for anything from £50 to £240,000.

“In some cases, when they fail to get money out of victims, the criminals ask them to accept money into their account as part of a wider money laundering operation” – Source.

So, kind readers, do like I do! Don’t give anybody any of your money (except for bill payments of course!).