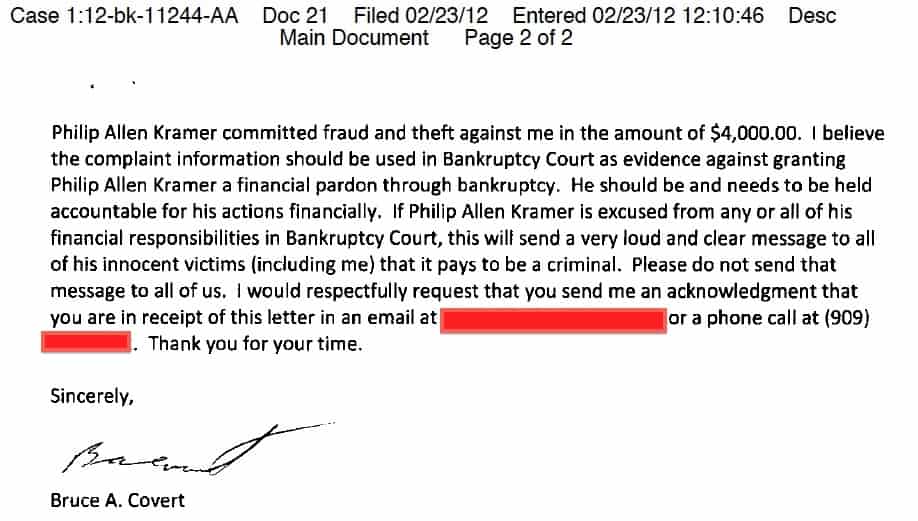 But first I present to you this gem. 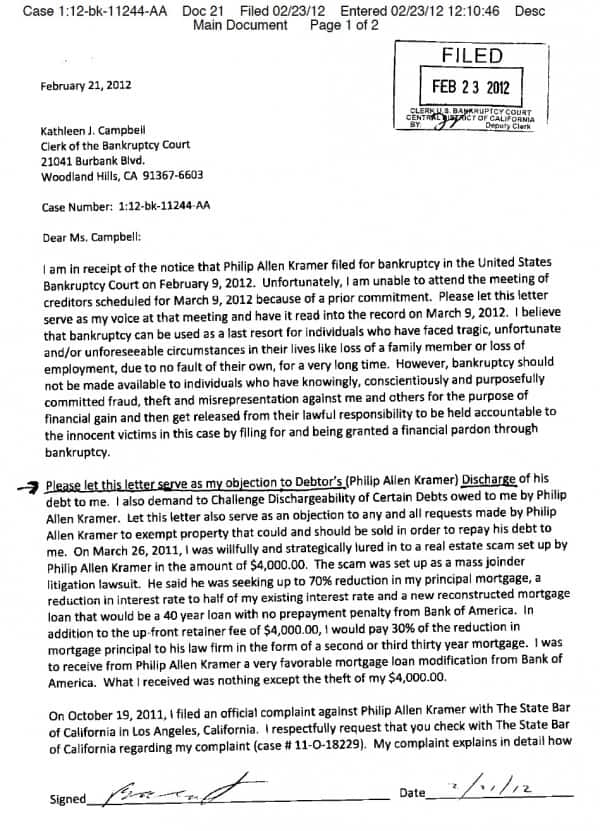 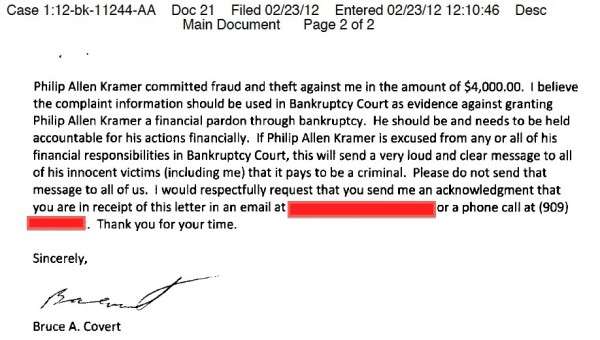 So let’s take a look at how successful Philip Kramer was with the mass joinder efforts.

Kramer’s bankruptcy filing contained about 4,000 names and address of consumers that presumably had bought into his mass joinder scam. But just because the consumers are listed in the bankruptcy filing does not seem to mean Kramer is accepting any responsibility for the outcome.

Kramer’s attorney says, “By listing every person on Schedule F, the Debtor does not concede that he is obligated to those persons in any way. From that standpoint, every claim is unliquidated and disputed.

It appears Kramer is backing away from any responsibility for his mass joinder clients.

Philip Kramer discloses he is the 100% owner of Kramer & Kaslow.

Kramer says he is separated from his wife and they have a 16 year old son.

His current income is $2,000 a month as a contribution or loan from his parents.

He currently pays out $2,000 a month in the following fashion.

Kramer states that for all the people that enrolled in his mass joinder scheme and his activities as a lawyer his income in 2010 was $90,000 and in 2011 his income from his law practice was $80,000.

Kramer’s lawyer, M. Jonathan Hayes, has agreed to accept Kramers 105 shares of Exxon/Mobil for his compensation.

You can read these scheduled and filing, here.

Follow Me
Latest posts by Steve Rhode (see all)
See also  I Got an H-118 Litigation Settlement Notification in Mail to Join a Mass Joinder Lawsuit. - Agaton