State You Live in: Virginia

I received a letter from Universal Fidelity, LP, PO Box 941911, Houston, TX, 77094-8911 seeking to recover a “debt” from Hollywood Video from April and Decemer 2009. Hollywood Video has been out of business for years. I disputed this charge of $17.16, which they said they could settle for 50% of the balance. They told me they were collecting for First Term Lenders Liquidating Trust, 8800 Southeast Sunnyside Road, Suite 202, North Clackamas, Orgegon, 97015, but could not supply a phone number. I was told instead if I wanted to dispute the claim to go to the Universal Fidelity website at uflp.com, but when I went there the “dispute” function would not work, Windows citing that it was improperly set up. I have filed a complaint with the Federal Trade Commission, and mine was not the first. Universal Fidelity also could not supply receipts for these transactions, or lack thereof. If you could help me resolve this I would be most grateful. Thank you. 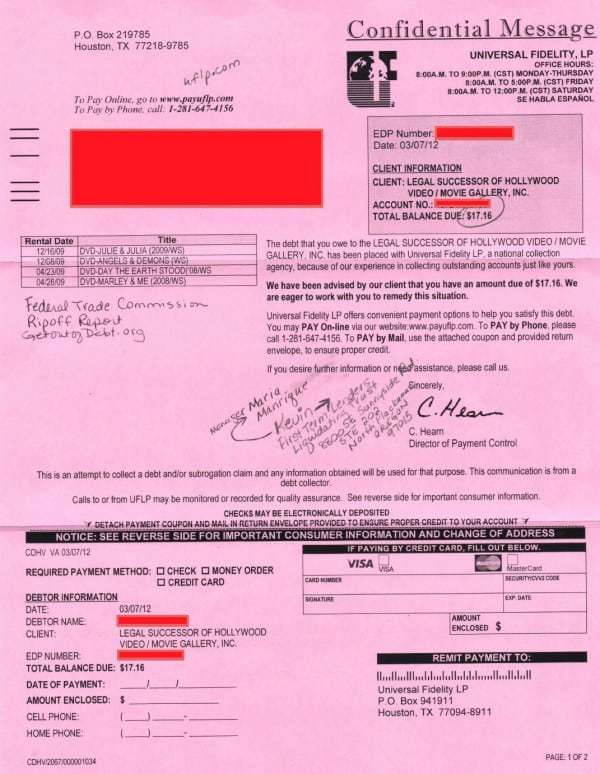