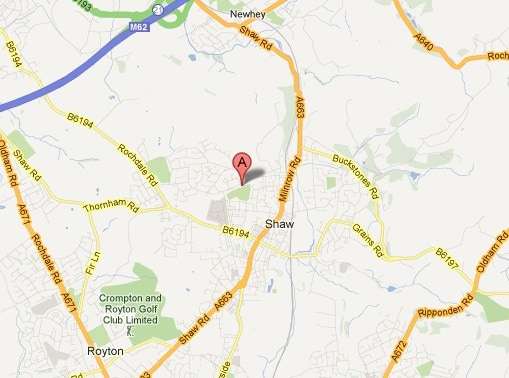 Last week a UK door-to-door debt collector was targeted and robbed with a knife held to her side. The Manchester Evening News is reporting the woman had just left a house and was on the way back to her car in Duchess Street in Shaw at about 8pm on Friday October 12 when she was confronted by a man who pushed her to the ground.

The thief then produced a knife, held it against the woman’s side and demanded cash.

She was then grabbed by the neck and dragged to her car with the knife pushed in her side, before the thief stole a large amount of £20 notes from the vehicle. He is described as white, of a stocky or muscular build, about 5ft 6in tall and in his mid to late 20s. He was wearing a black woollen beanie hat, a black nylon waterproof jacket and a scarf around his face.

Police are now appealing to anyone with information to come forward.

Detective Constable Stewart Lindsay said: “Given the victim’s profession, we believe this was a targeted attack as the thief knew she would have a relatively large of amount of cash with her. – Source

Follow Me
Latest posts by Steve Rhode (see all)
See also  I Completed My Degree at the University of Hull UK But Still Owe Tuition. - Joan